We Need a Return to Civility 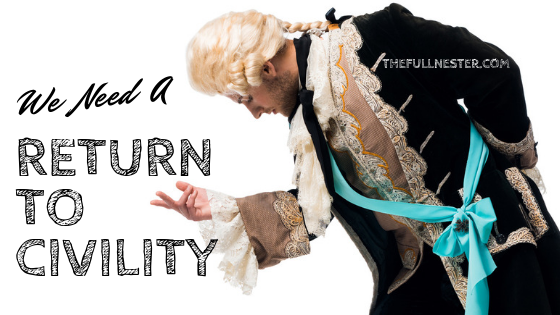 Is it just me, or does it seem like we are all living on a playground overrun by schoolyard bullies? I wrote a bit about this last year when I blogged about why we still need Mr. Rogers. In the year since then, it doesn’t seem like things have improved. What has happened to civility? 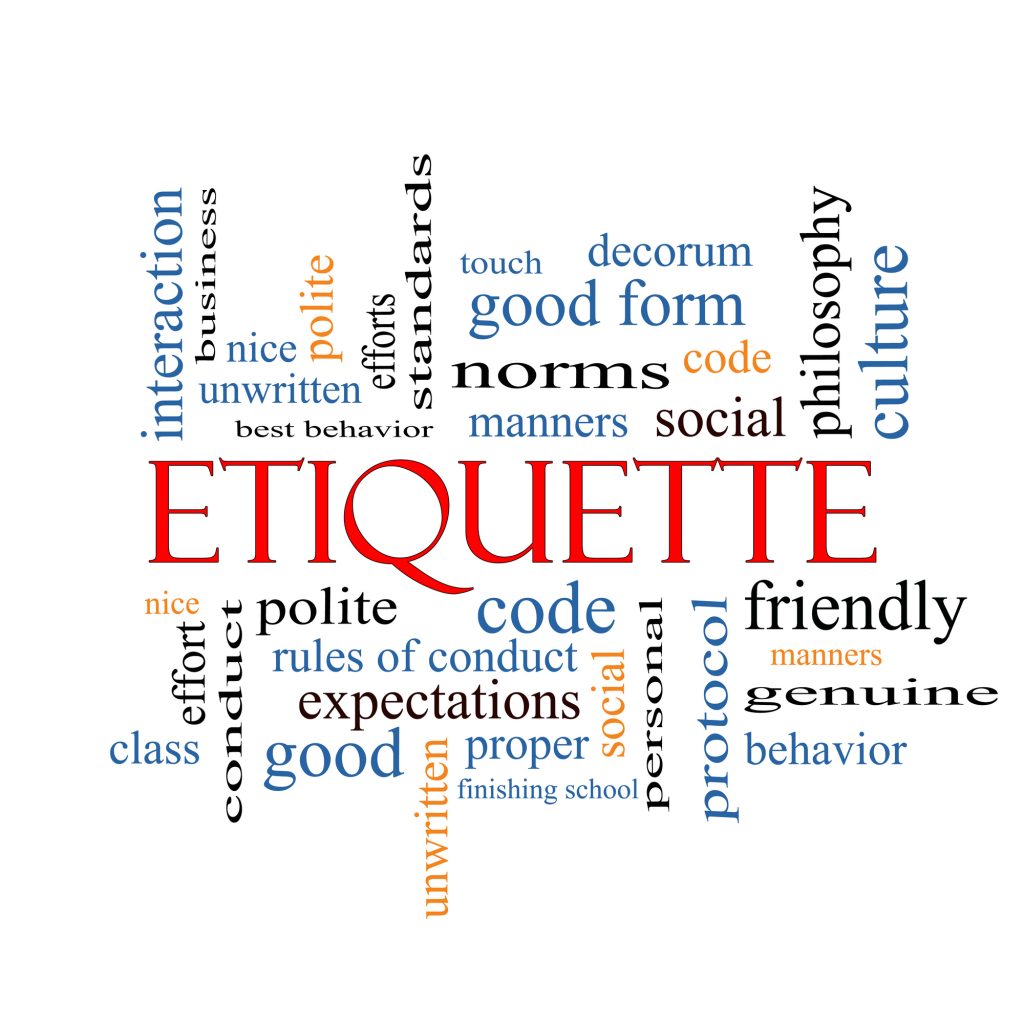 I’m still seeing people yelling at each other on TV, national news anchors threatening reporters, politicians calling each other names, parents brawling in front of their children on the soccer field, and just a general nastiness in the comment sections on the internet. What is wrong with us?

Our local PBS station airs episodes of Downton Abbey on Sunday nights and I love watching because everyone is so civilized. Granted, the Edwardians lived by what could be viewed by those of us alive now as an oppressive set of rules and etiquette.

Everything was highly structured and there were no deviations. (Well, if you did deviate, you would be DISCUSSED. 🙂 ) But it created an order in society. The purpose of etiquette is to have a set of standards in place so that everyone knows what is expected of them and behaves accordingly to make sure everyone is comfortable.

Civility was paramount and there were clear rules for conversation, making introductions, speaking with people of different ages and social standing, dining, and just behavior in general. I was looking over some of their rules:

As I read through some of these, it reminded me of a little book I have and love called Rules of Civility, The 110 Precepts that Guided our First President in War and Peace.

When George Washington was a young boy, he determined to spend some of his time copying down 110 rules of civility that were originally compiled by Jesuit priests in 1595. George Washington was known to have a very regal bearing and this no doubt came from internalizing the lessons he learned from studying civility.

Many of these rules deal with etiquette and at first glance don’t appear to address morality. But what is morality, exactly? The dictionary defines it as “a particular system of values and principles of conduct, concerning the distinction between right and wrong or good and bad behavior.

So perhaps these rules for outward behavior did and do indirectly address morals. The author of this book writes that “they seek to form the inner man (or boy) by shaping the outer.”

Let’s take a look at some of these rules of civility that Washington lived by:

And the list of rules ends with this one: 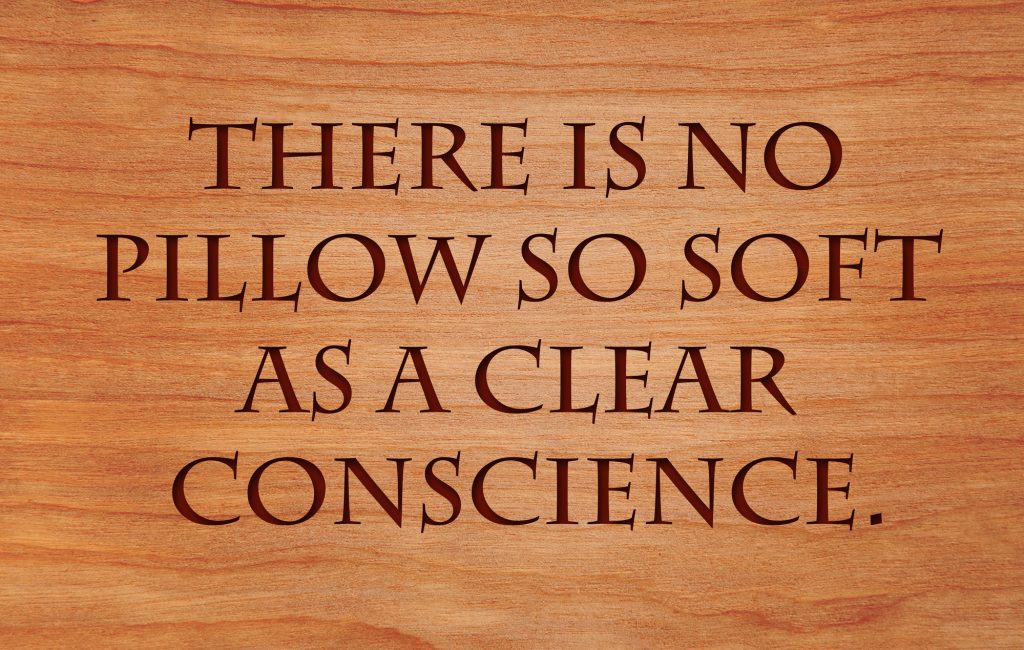 This is just a small sampling of the rules by which Washington lived. And he took them very seriously. Imagine how much better behaved we all would be if we lived by even just a few of these, let alone all of them.

The author of this book theorizes that modern day Americans dress like louts and act like boors because we are, in fact, louts and boors. So we look and act unrefined and ill mannered because we are those things. I think he’s right.

Everyone feels free to say and do exactly what they want, without regard for others. That breaks Rule #1. Every action done in company ought to be with some sign of respect to those that are present.

Is it all just really a question of respect? Do we just not respect one another? I think that respect cannot be demanded, but should be earned. By acting respectfully toward others.

I know that a lot of people tout the First Amendment as justification for their behavior. “Hey, free speech, man.” The First Amendment guarantees, among other things, freedom of speech. But just because we have the RIGHT to speak freely, does that mean we always SHOULD speak freely? I don’t think so.

I not preaching here, as my mouth has gotten me in more trouble than I care to admit. No one has ever mistaken me for a diplomat. 🙂 I try really hard to contain my words, but I just always seem to say things out loud that most people have the good sense to keep to themselves. I never learned how to communicate with subtle nuances. I’m a little bit like Sheldon on The Big Bang Theory where I say things out loud that I should keep to myself.

I’ve relayed more than one conversation to my daughter and said, “I think I handled it diplomatically,” and she’ll say, “I know you THINK that…” 🙂 So I need to continue to work on communicating civilly.

I think the anonymity of the internet has emboldened many people to say incredibly ugly things to others that I used to think they would never say to that person’s face. But I’m not so sure about that anymore. The verbal exchanges I overhear or see on the news are just amazing to me.

I think some of our issues stem not only from saying offensive things, but also that many of us have become too easily offended. Everyone gets offended by the least little thing and I’m convinced some go around LOOKING for a slight. Just daring someone to offend them.

Just last week, an anchor on Good Morning America made what I’m sure she thought was a joke about the fact that little Prince George of England was taking ballet lessons. I was more taken aback by the rigor of his elementary school curriculum of Religious Studies, French, Computer Programming, etc. than I was the fact that it included ballet. But future kings have to get busy young. 🙂 But the internet began to eviscerate the anchor for shaming Prince George for liking ballet, accusing her of being sexist and ridiculing him about being in the arts.

I saw the clip and my impression of it was that she was projecting perhaps what every young kid might feel at some point about having to take lessons like dance or piano. They may love it in the beginning, but it might not stick. It didn’t seem like she was trying to imply that he shouldn’t be taking ballet. Maybe I’m wrong about that, but regardless of what she meant, did it warrant the abusive rebukes she received?

That’s the thing that baffles me about all of this type of communication. Why do people who think someone is being a bully respond with bully behavior? That makes zero sense to me. In doing so, haven’t you become the thing you profess to hate?

I think Derek Hough gave the most thoughtful response. As a famous dancer on Dancing With the Stars, he knows a thing or two about this subject. One of the things I love about Dancing With the Stars is that it has removed some of the stigma around male dancers. They show us how cool it is to be a really amazing dancer.

The thing that disappointed me was the way the media covered his response. All the headlines called it a “clap back.” I think the definition of a clap back is a quick response to something, but it seems to also have a connotation of slamming someone. Being a little bit rude back.

Chrissy Teigen and Kelly Ripa are known for their clap back prowess, often responding on Twitter with snarky and/or condescending remarks. But I don’t think Derek’s response was a clap back. It was measured, thoughtful, and reasonable. Civilized. From there a rational conversation can ensue.

I think while we are cleaning up our own behavior we can also begin instilling some civility in our children from a young age. If you want to start with George Washington’s rules, there are children’s versions like George Washington’s Rules to Live By. This has modern translations and fun illustrations for children.

When my daughter was little we killed two birds with one stone by using some great books that allows young children to practice their handwriting while copying down the rules. They can also practice creativity by creating their own drawings of what they think the rules mean. 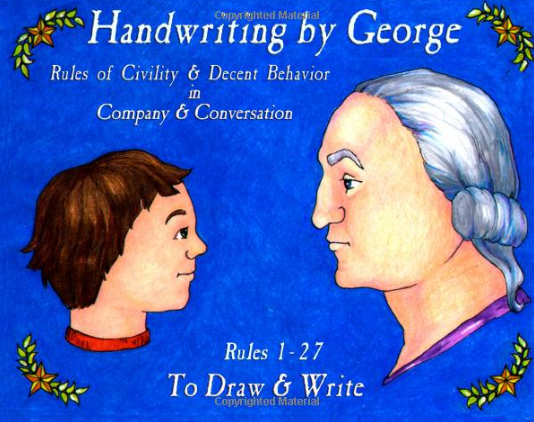 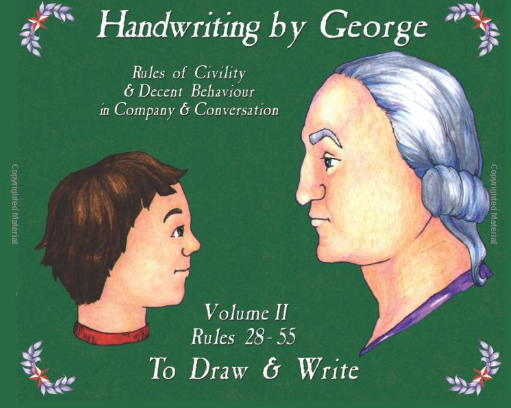 So of course becoming a more civil society is not as simple as copying down rules and trying to apply a few. The author of Rules of Civility makes a very astute observation that suggests we’ve lost something far larger than the ability to be civil to one another. He asserts that the loss of civility is a symptom of the fact that we have lost our ambition for greatness.

Our Founding Fathers found themselves in a fledgling nation and believed they knew something of a society that was based on liberty and they could bring that to fruition if they made themselves fit for the task. Many of them may not have initially had the skills for what they wanted to accomplish. But they knew they needed a sense of greatness to undertake what they felt was possible.

So is it as simple as that we have all lost an ambition for greatness? I’m not talking about greatness as in campaign slogans. I’m talking about an altruistic greatness that makes one distinguished and selflessly concerned about the well being of others and something greater than ourselves.

Are we just not willing to do the work necessary to better ourselves? I certainly hope not but some days I wonder. Let’s all make a pact with one another to follow rule #110:

Labor to keep alive in your breast that little spark of celestial fire called conscience.

From there I think greatness has an opportunity to flourish. And hopefully civility will follow.

So let’s all get out there and behave ourselves! 🙂 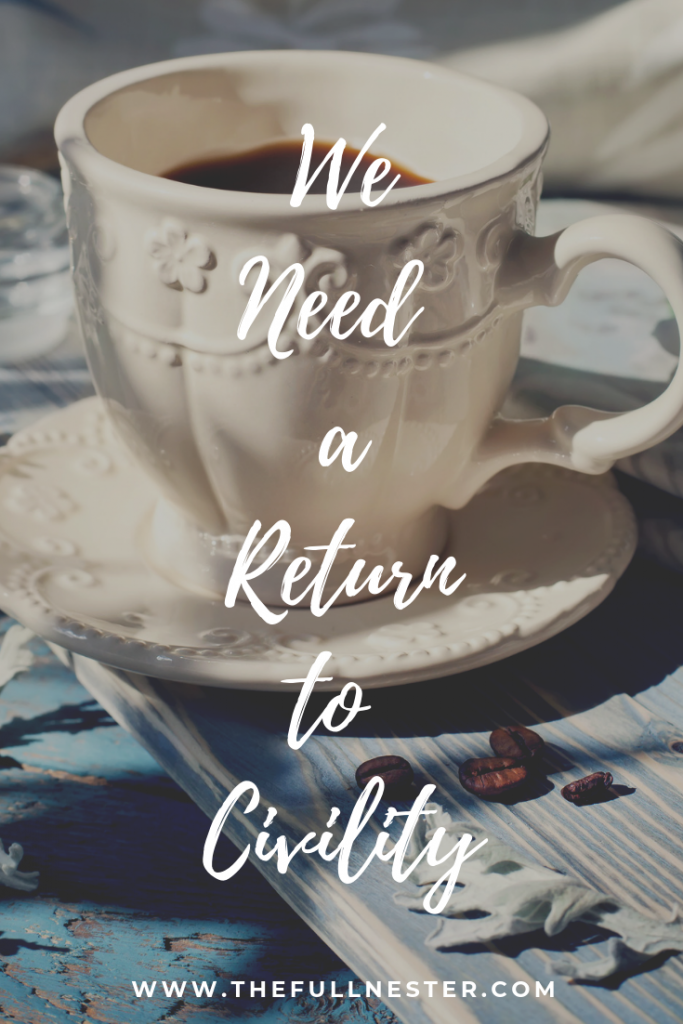