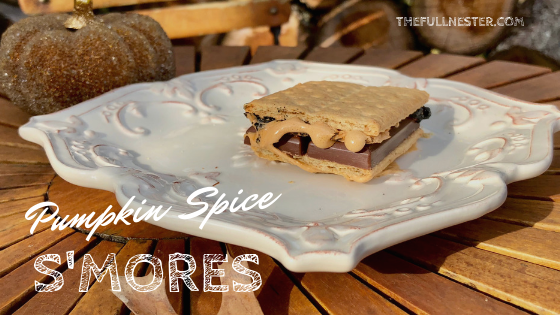 Is there anyone who doesn’t like a good s’more? Having been a Girl Scout, I know they are the official food of campers everywhere, and I did some digging and found out that the first known publication of a recipe for s’mores was in a guide for Girl Scouts way back in 1927!

No one else has claimed credit over the years, so we’re going with having the Girl Scouts to thank for this delicious treat.

A campfire just isn’t the same without them. There’s something primal about sitting around a fire talking and sharing a familiar snack.

When my daughter and her friends would come home from college they always wanted to come over and build a bonfire. We usually just supplied them with a carafe of hot chocolate and the fixings for s’mores and they’re good to go. 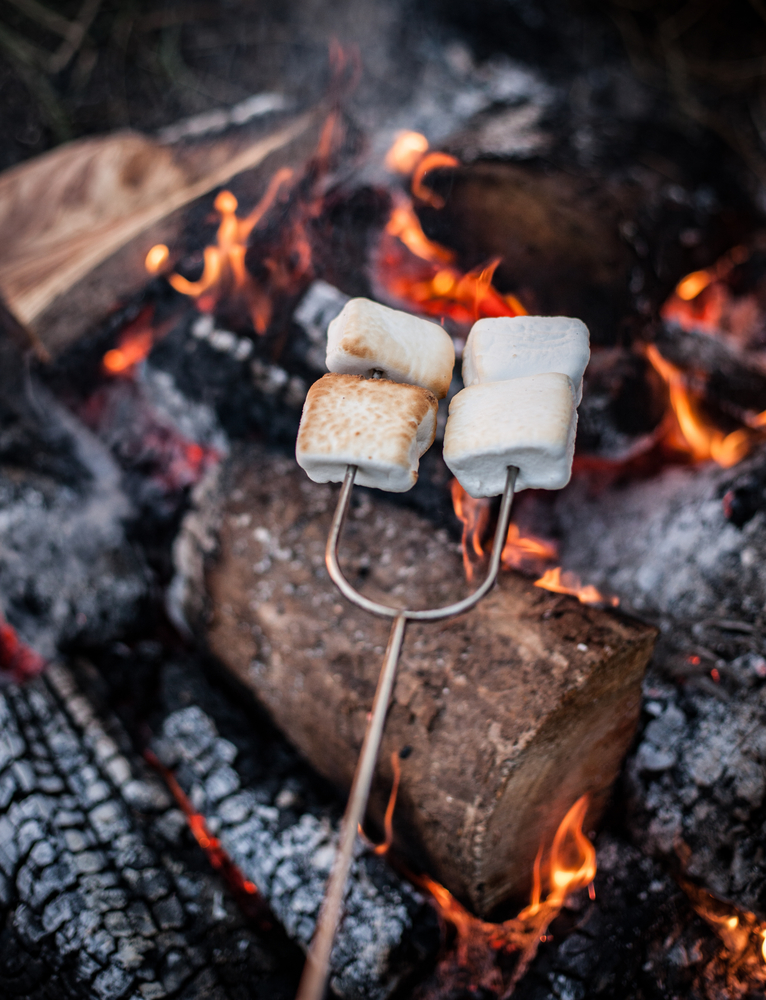 A few weeks ago I was at Target getting some stuff and I picked up a bag of pumpkin spice flavored marshmallows because I was intrigued and wanted to know what they tasted like. I wasn’t sure what I was going to do with them, but wanted to eat them somehow.

Unrelated, I had also picked up a box of honey flavored graham crackers. When I was in the check-out line, the young guy ringing me up said, “Hey! Are you going to make pumpkin spice s’mores?” I said, “Uh, I hadn’t thought of it but I am now!” So thanks, Target Guy for the inspiration! 🙂

This is the season of pumpkin spice flavored everything and I have no problem with that. 🙂 Isn’t it weird how changing seasons make us crave certain flavors?

I wouldn’t want to come anywhere near a pumpkin flavored anything in the summer, yet once the calendar flips to September I want every pumpkin and apple flavored thing I can find. 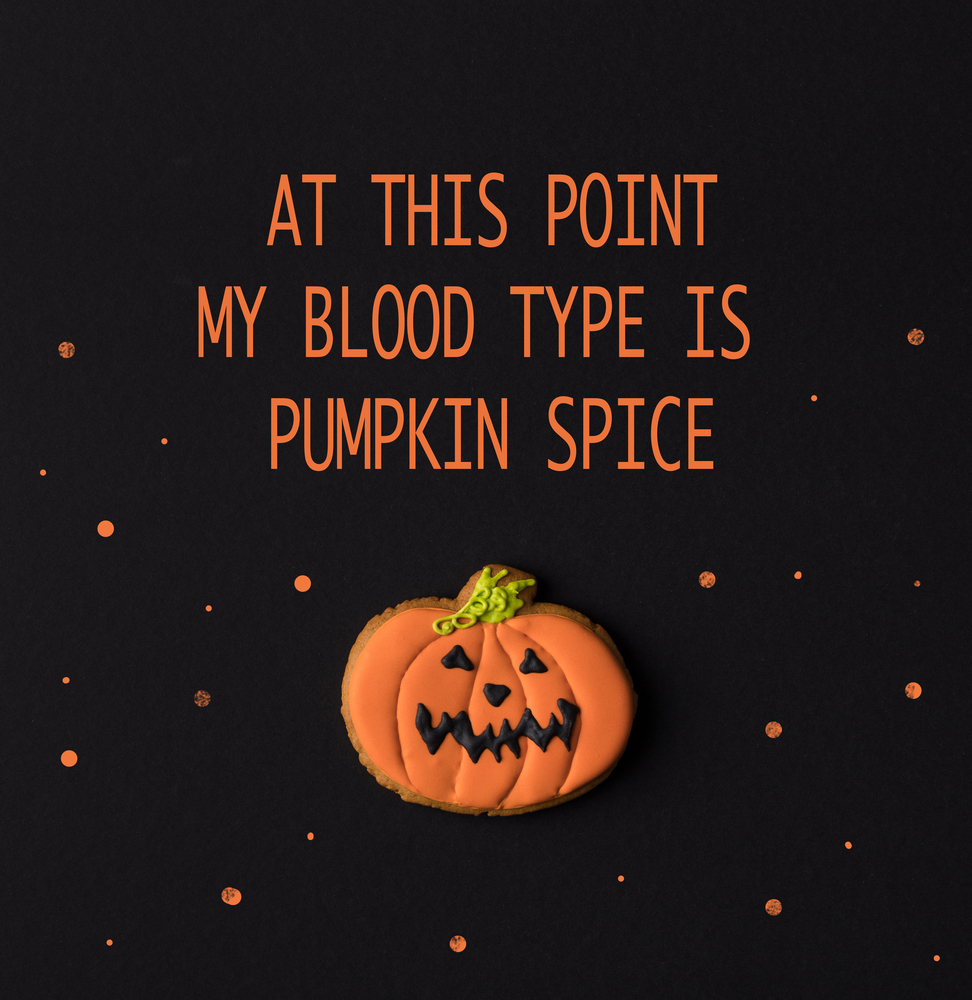 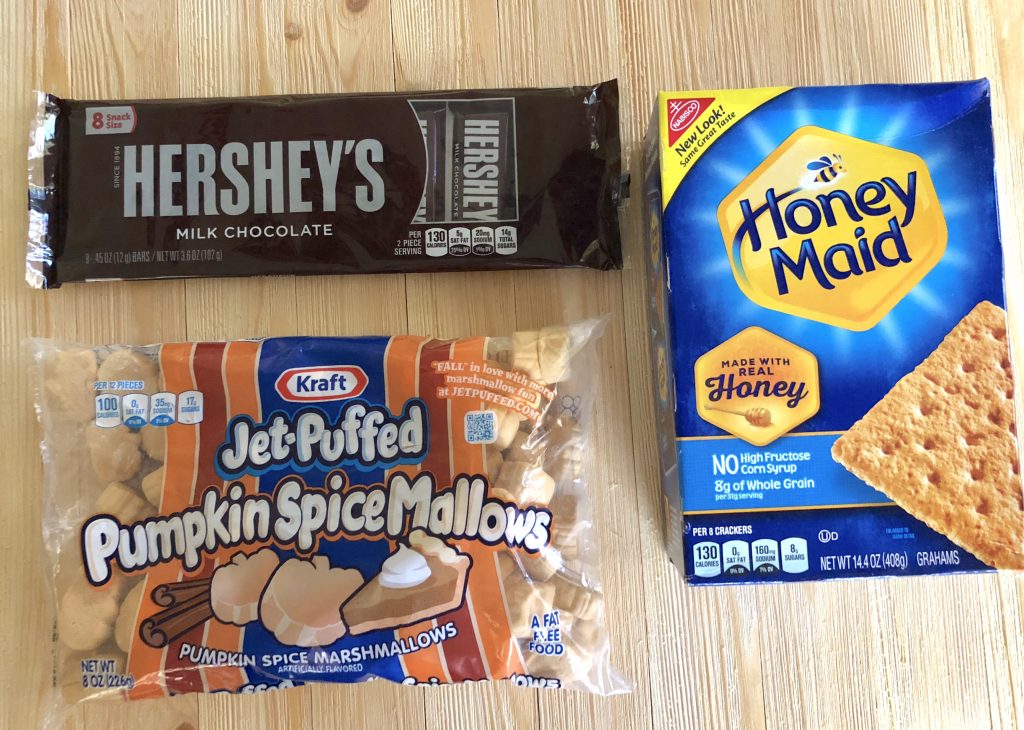 These marshmallows are really cute. If you can’t find them where you live, you can get them on Amazon, of course! 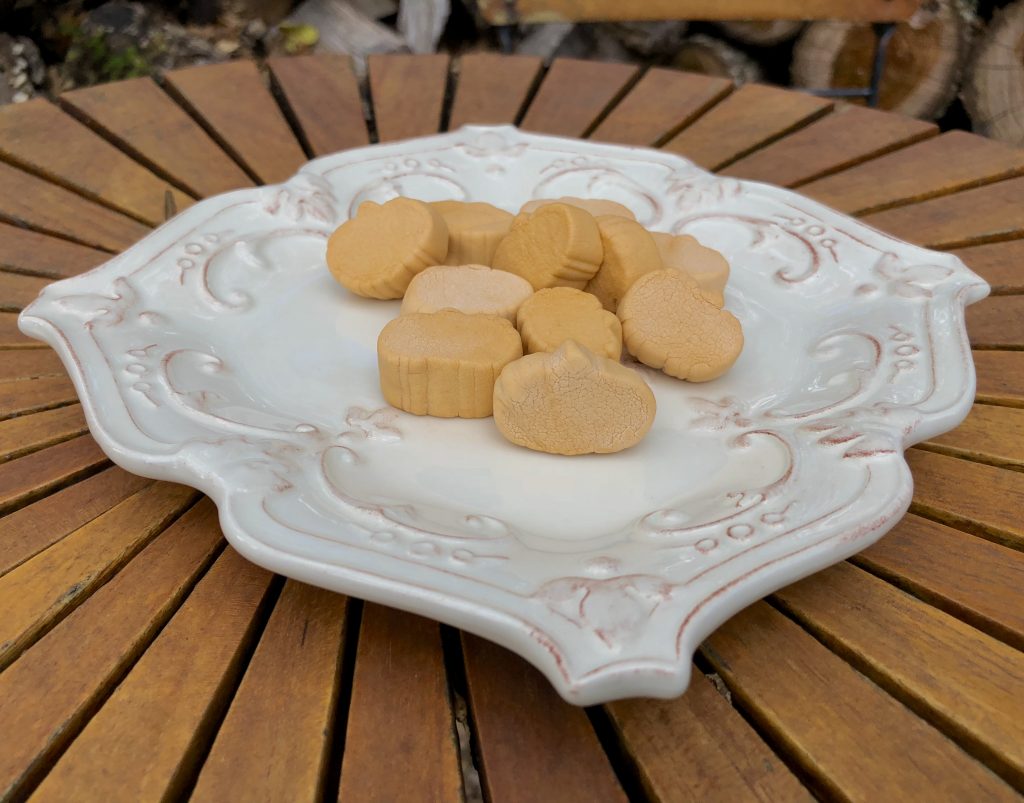 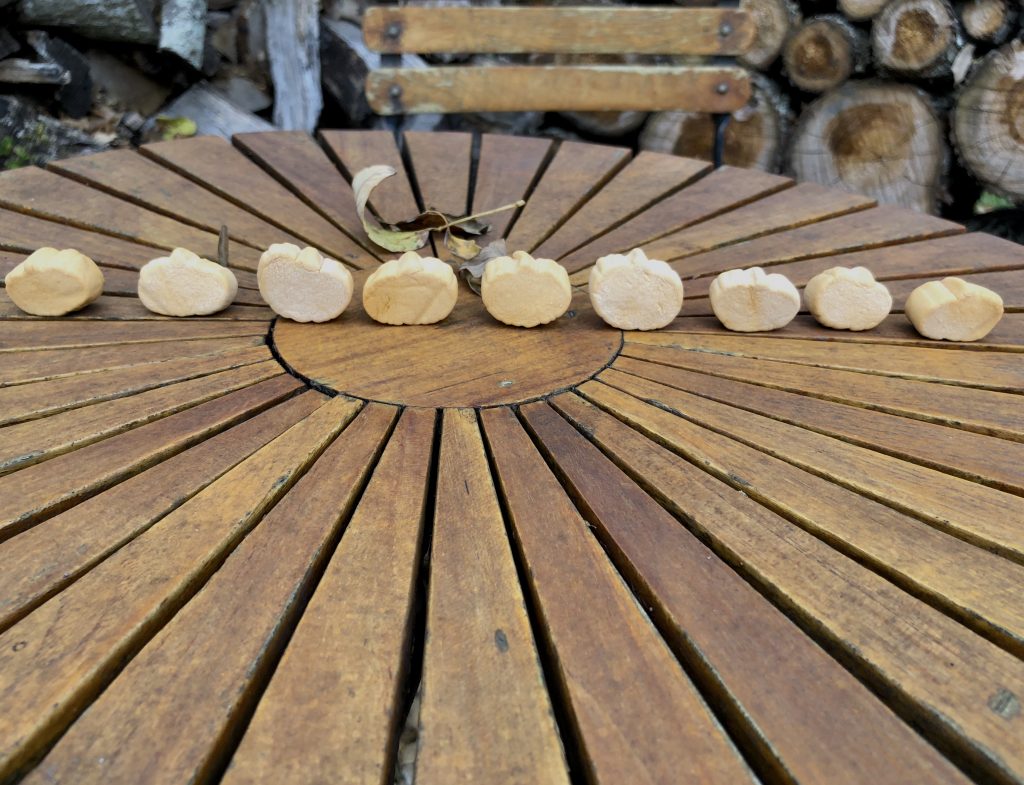 Break the graham crackers into your desired size, and put the chocolate bars on top. Then roast the marshmallows. I like my marshmallows burnt to a crisp, like burning-up-on-re-entry-kind-of-charred. Don’t judge. 🙂

When you place the roasted marshmallows on the chocolate bars, the heat will cause the chocolate to melt just enough to make everything soft. 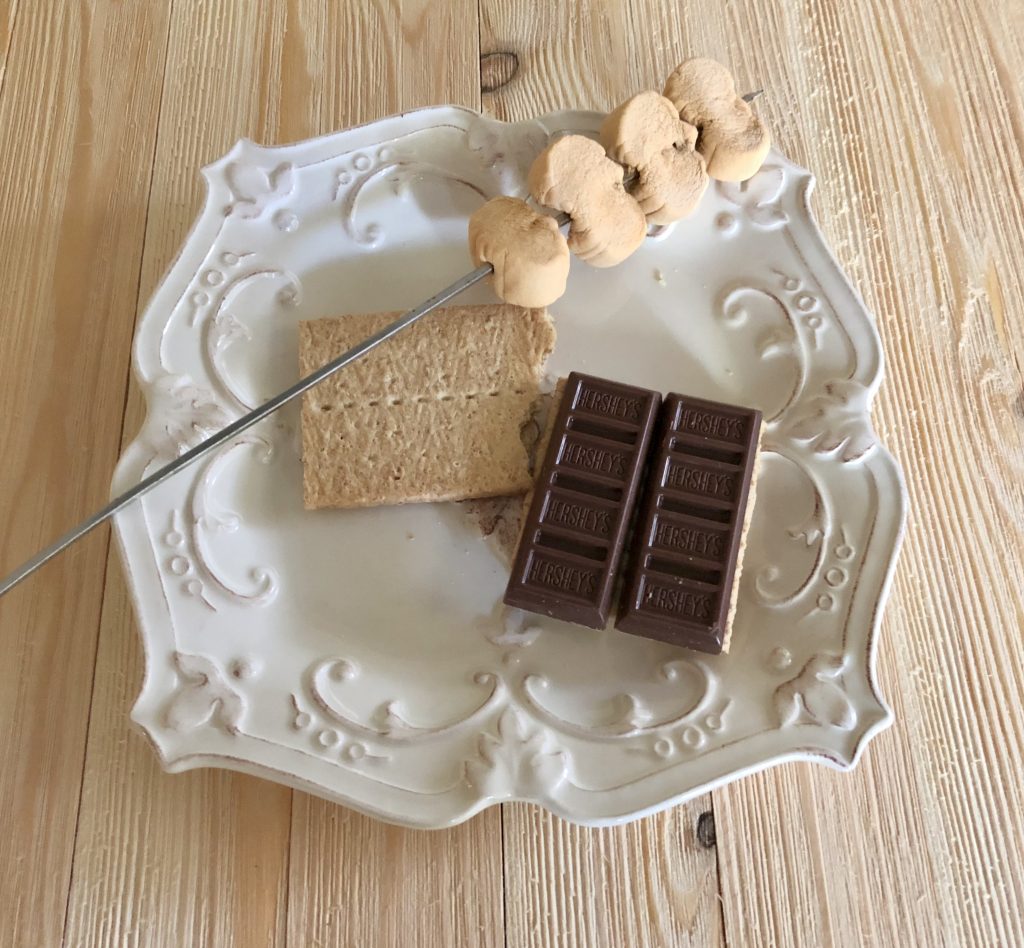 I used two small chocolate bars and roasted 4 of the pumpkin spice marshmallows. Smoosh everything together gently and you have some gooey deliciousness. 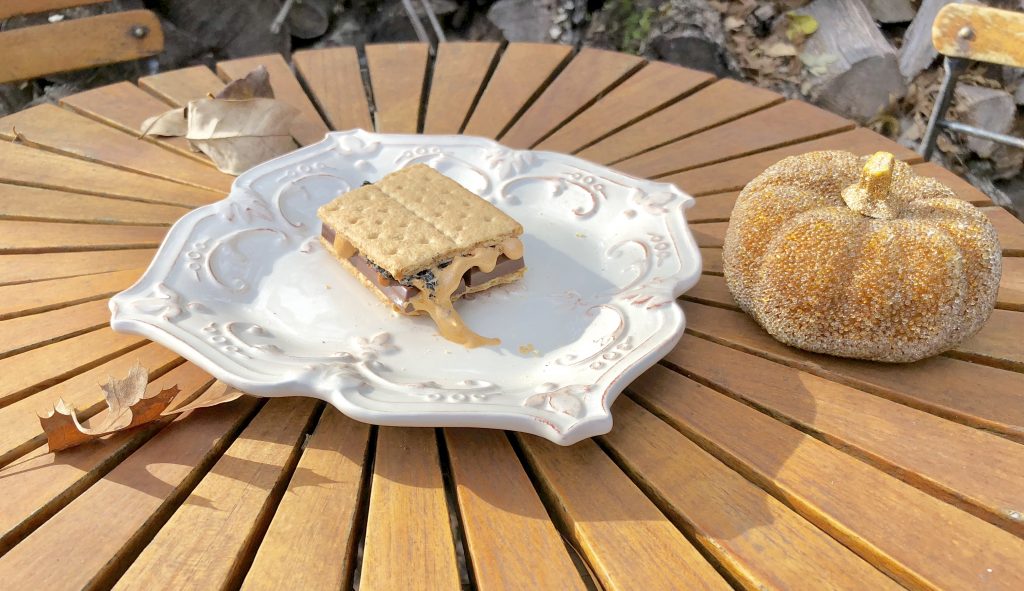 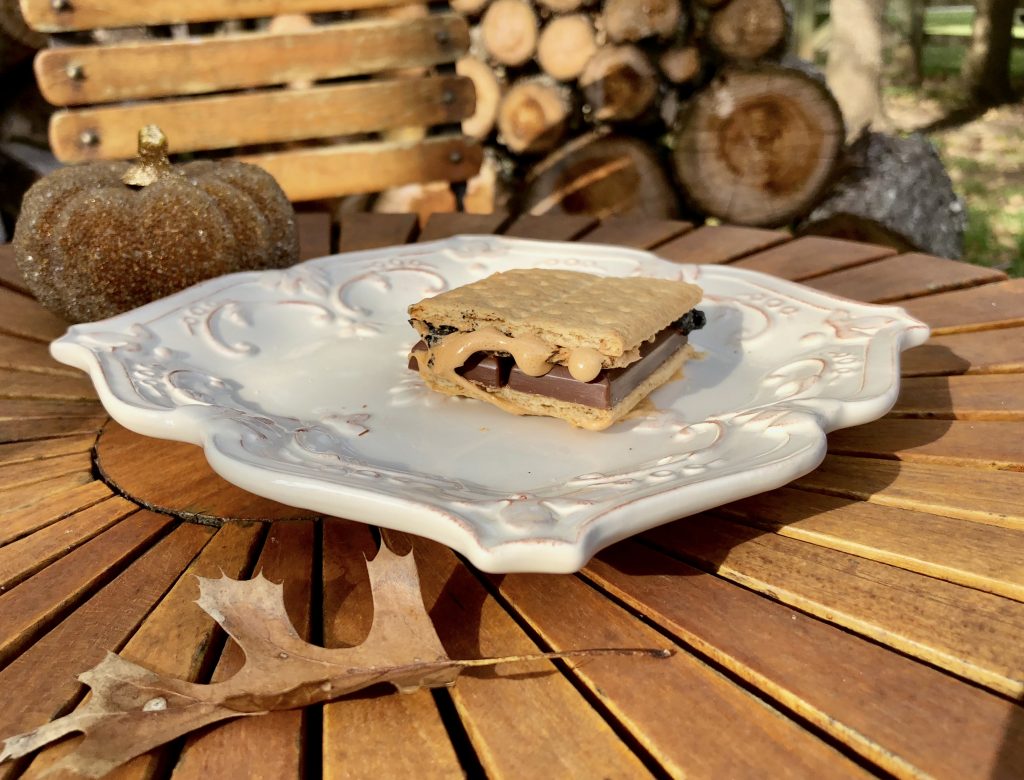 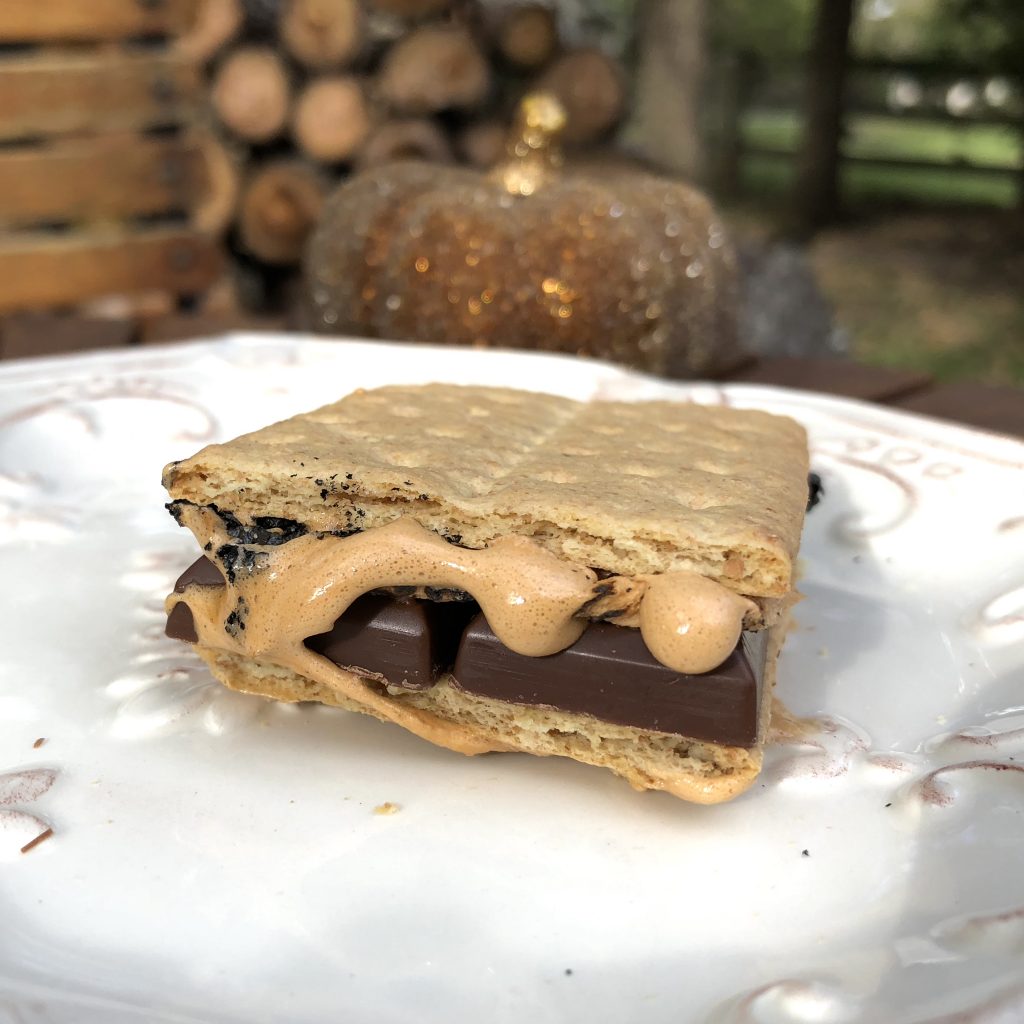 These tasted really good. The pumpkin spice flavor wasn’t too overpowering, and I happened to use those honey flavored graham crackers, which added a nice subtle sweetness.

That’s it! How easy is that? I hope you’ll give them a try. 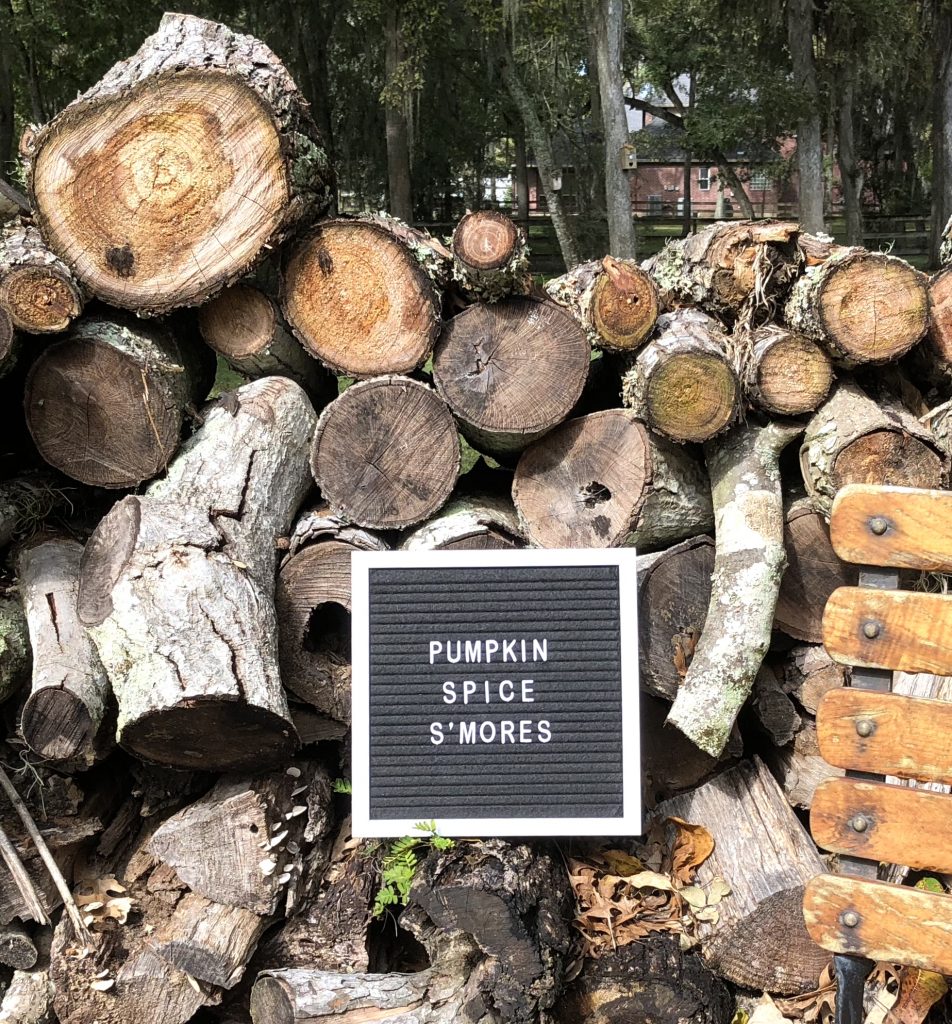 I was looking at the bag of the marshmallows and noticed there was a recipe for Rice Krispie Treats using the pumpkin spice flavored marshmallows.

You make them the same way you make regular Rice Krispie Treats, just substituting the pumpkin spice marshmallows for the plain ones in the traditional recipe.

I didn’t choose to make them because if you read my blog about candy corn shaped Rice Krispie Treats, you know that I am a purist and don’t like any superfluous flavors messing with the perfection that is the traditional Rice Krispie Treat. 🙂

But I had an idea if you do choose to make them. Get a pumpkin shaped cookie cutter and use it to cut out the shapes after the treats have cooled a bit.

This way they will not only taste like pumpkin spice but look like pumpkins too! The Barefoot Contessa Ina Garten says food should look like the featured flavor. People like to know what they’re getting into. 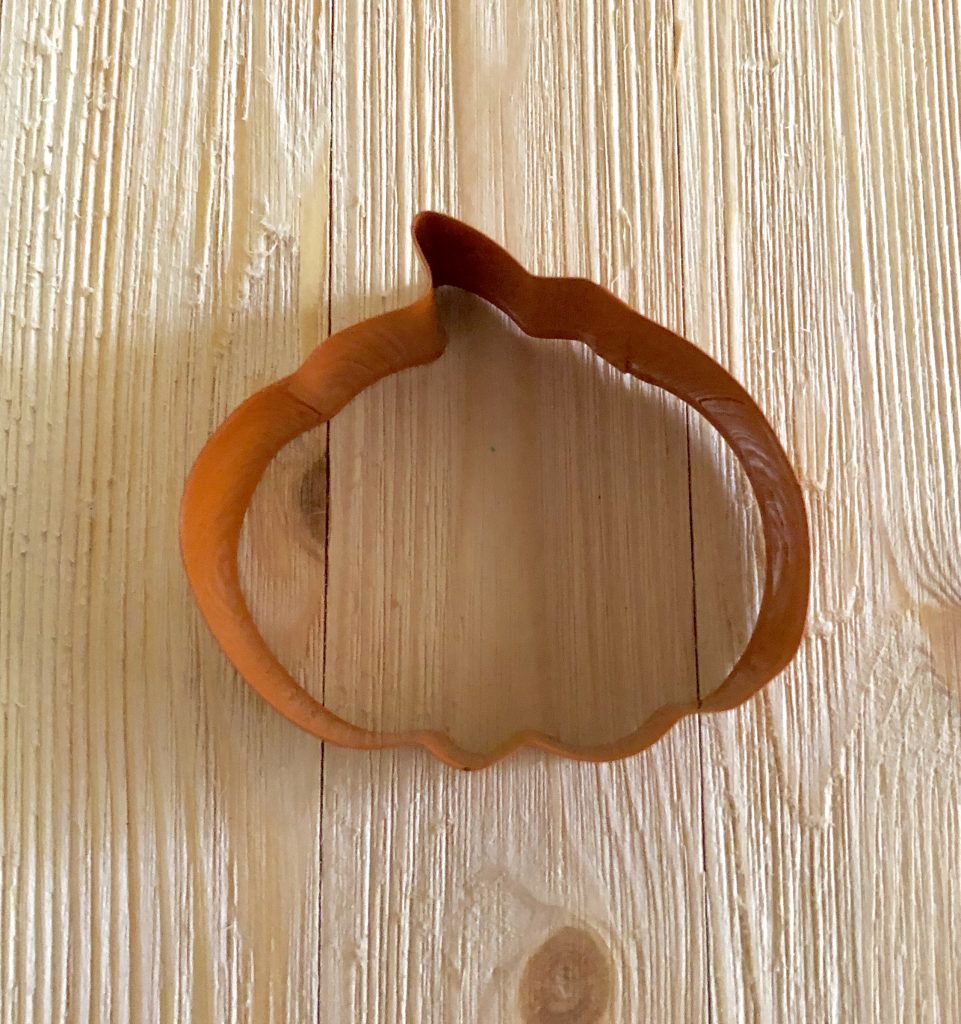 I’m so glad Target Guy suggested making pumpkin spice s’mores with those tasty little marshmallows. I’m going to add them to the pumpkin spice fueled bender that I’m on this time of year. 🙂 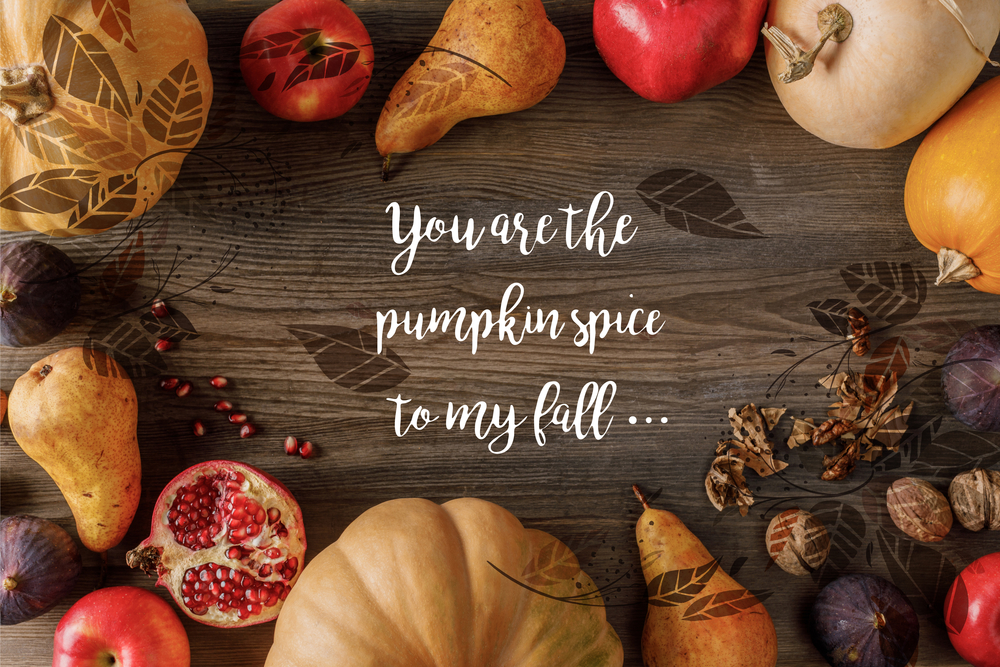 I hope you’ll give these easy treats a try. If you make pumpkin spice s’mores, let me know what you think in the comment section. I’d love to hear from you! 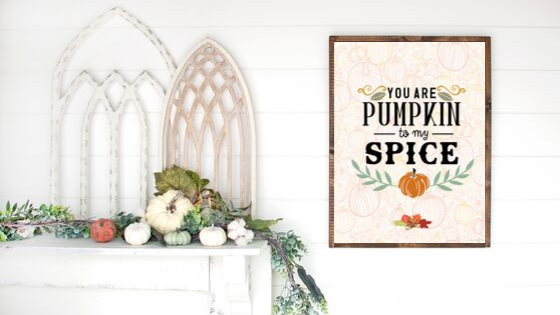 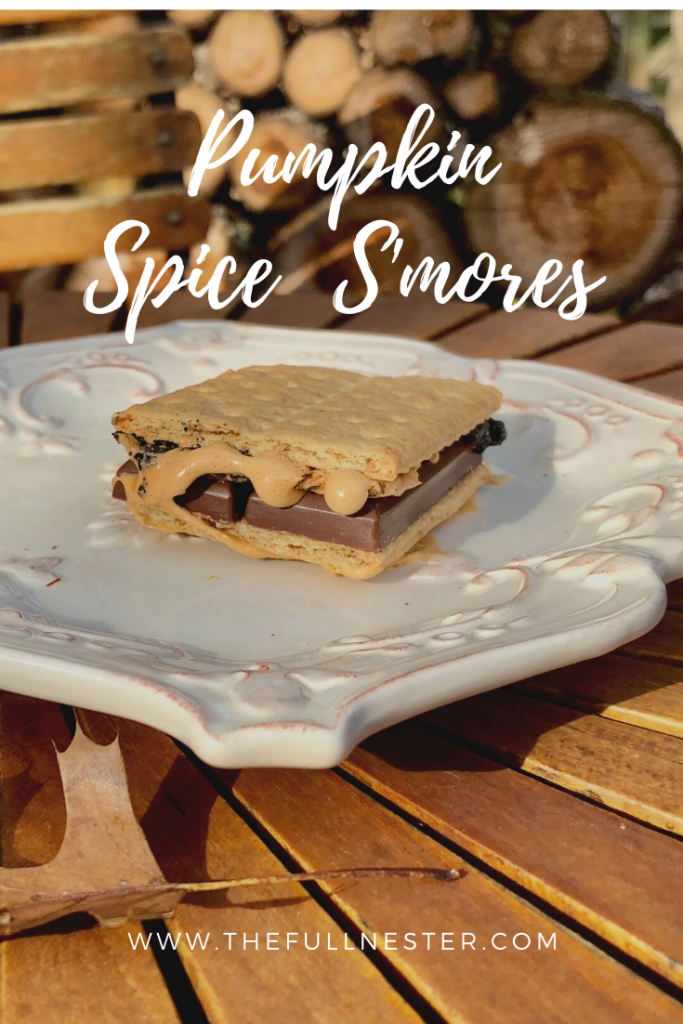