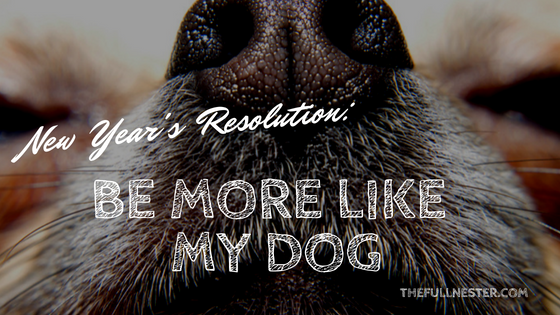 I’m not big on New Year’s resolutions. I’m pretty determined and consistent throughout the year, so I don’t really see the need to come up with a bunch of new challenges at the beginning of each year. That’s not to say that I don’t believe in setting goals because I definitely do. I just like to implement improvements all through the year rather than give myself a list of changes to make starting January 1st. That’s just a recipe for disappointment. But if I had to come up with a resolution, it would be to be more like my dog. 🙂

If you’ve read my About Me page you know that I’m a total dog person. Which is kind of strange considering I am more like a cat than a dog–leave me some food then be on your way.  🙂 But I love everything about dogs, so I think trying to be more like my dog could only make me a better person.

Think about it. Why do we love dogs?

They are always happy to see us. I can go out and get the mail and my dog acts like I’ve been gone a week when I walk back in the house. We would all do well to greet the members of our household enthusiastically when they walk through the door. Do we do that or has their presence just become so commonplace that we take it for granted? 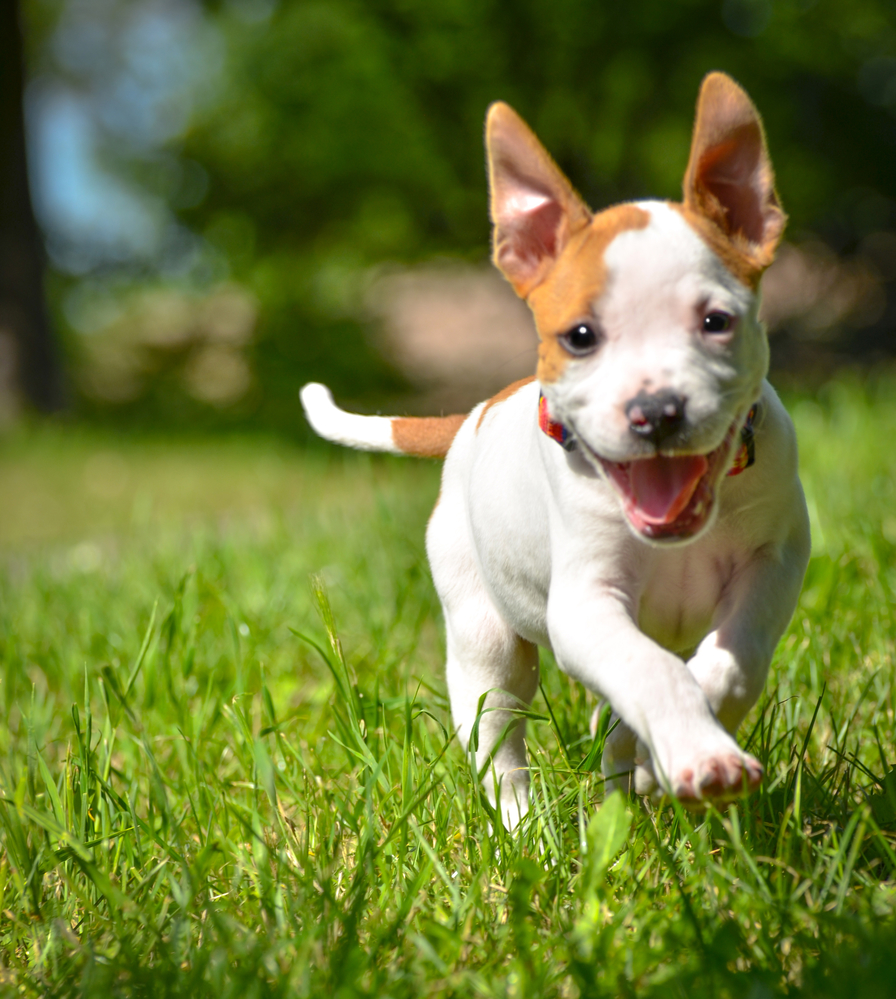 They don’t judge us. My dog lies on the bathmat when I’m taking a shower. She’s seen it all and she has never ONCE made a comment about my weight or how well I am or am not holding up as I age. I don’t know what she is thinking when she sits in the bathroom, but if it’s anything bad, she has never shared it with me. 🙂 How often do we say things to other people that are judgemental when we shouldn’t? I do struggle with being judgmental, but I have learned to keep my mouth shut at least 99% of the time.  I am amazed at how many people in my life feel comfortable judging out loud. I’m paraphrasing here, but Jesus said to deal with the beam in your own eye before we go looking to “help” someone pull the sliver out of theirs. Ideally, we should all reach a point where we don’t judge others, but if we still do, we should at least keep it to ourselves.

When we lived in Virginia, the local library had a regular program called Paws for Reading. They would bring in dogs that were trained to be around children and kids could choose a book to read to the dogs. My daughter and I would go every time they held this event because it was the sweetest thing you ever saw. To watch little children reading a book to a dog who wasn’t judging their reading skills or speed would bring me to tears almost every time. 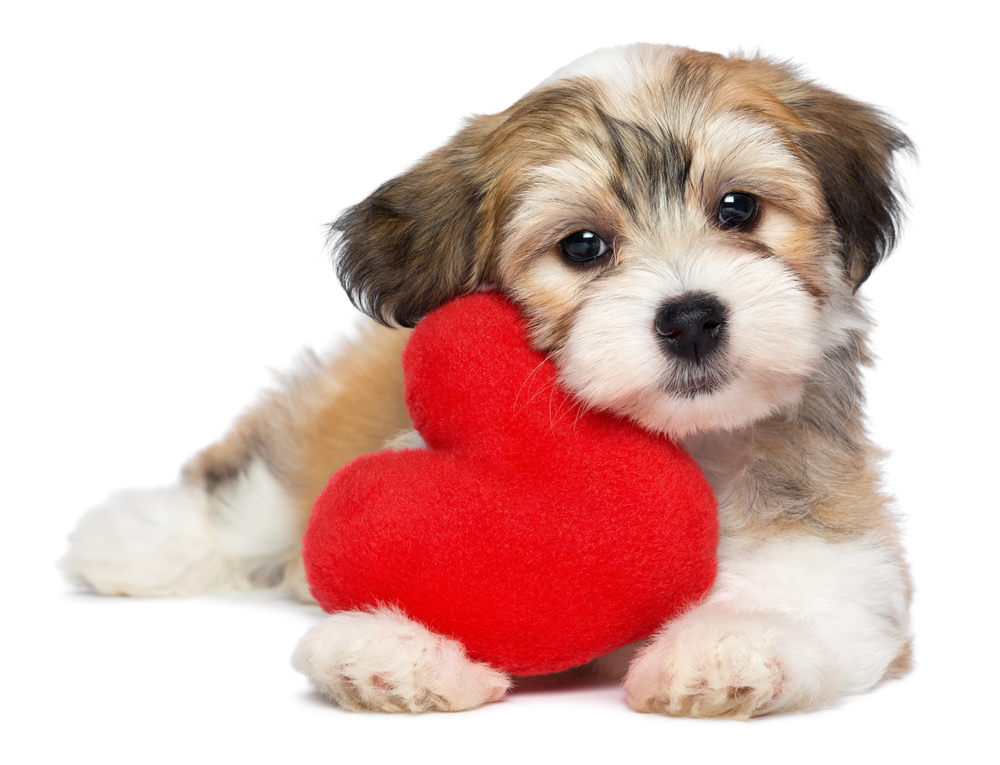 They aren’t afraid to ask for what they want. If my dog wants attention, she is going to let you know. She will either bark or headbutt me until I comply. If she needs more food or water, she stands by her bowls until I notice her waiting.  When she was a baby we trained her to use a pee pad if she had to go to the bathroom before we could walk her. We would give her a little treat if she used her pad rather than peeing somewhere in the house. To this day, if she uses her pad she comes and looks at me expectantly until I follow her to see what she has done and give her a little treat. If she wants someone to rub her tummy, she just stops what she is doing and presents her tummy until someone rubs it. She never seems timid or embarrassed about asking for what she wants. She doesn’t play games. If she wants something, she lets you know. We could all do a better job of being more direct about what we need or want. 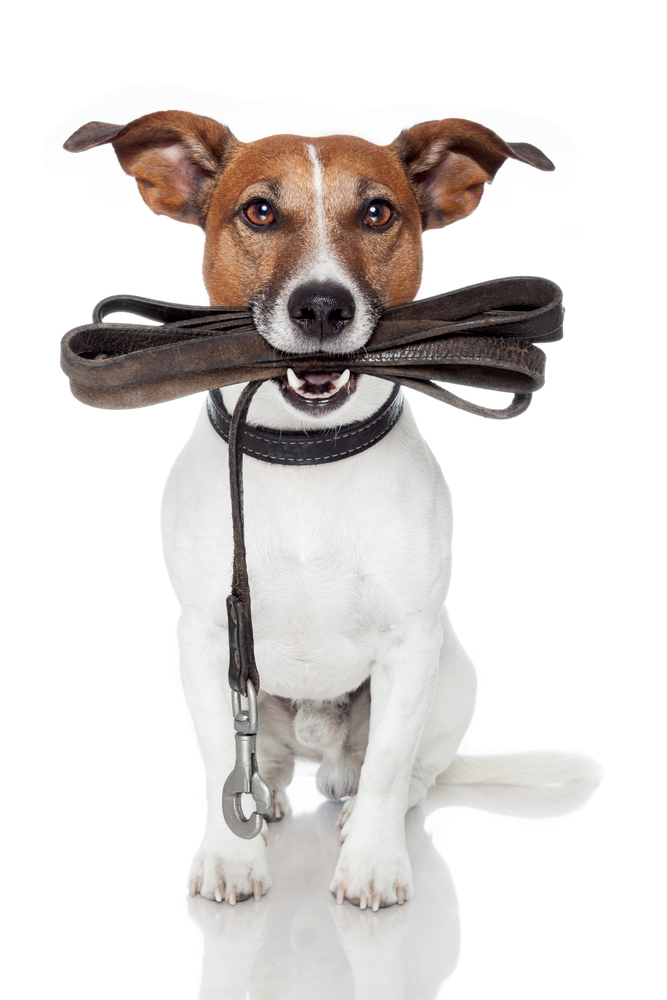 Dogs sleep whenever they want. My dog is very small but she sleeps as though she is a Great Dane. She hogs the couch or the bed with abandon and snores because she can. She doesn’t care who hears her. We used to have a dog who was a power sleeper. He slept whenever and wherever he wanted. With his tongue hanging out. Because he wanted to. I think we all run ourselves ragged and burn the candle at every end. We should stop and sleep when we need to. And snore if we want to. We can’t always just take a nap when we want to the way dogs do, but we could all use more sleep and shouldn’t feel bad about declaring that we do. 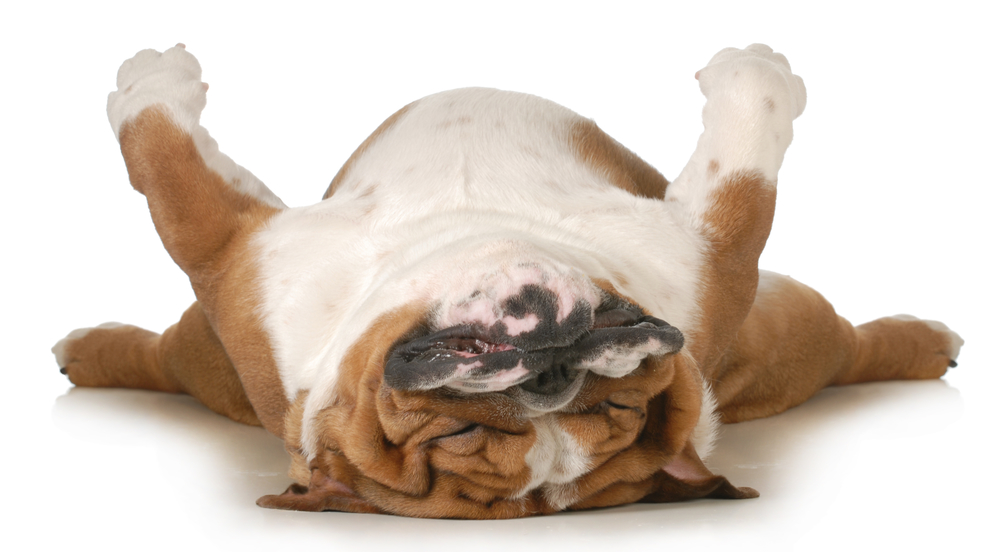 They eat when they want and stop when they’re full. I’ve noticed from watching dogs and children that they eat until they are full and then they stop. They don’t gorge. I think we could all use a lesson in moderation. Everything is okay as long as you are really hungry, and you stop when you are full. 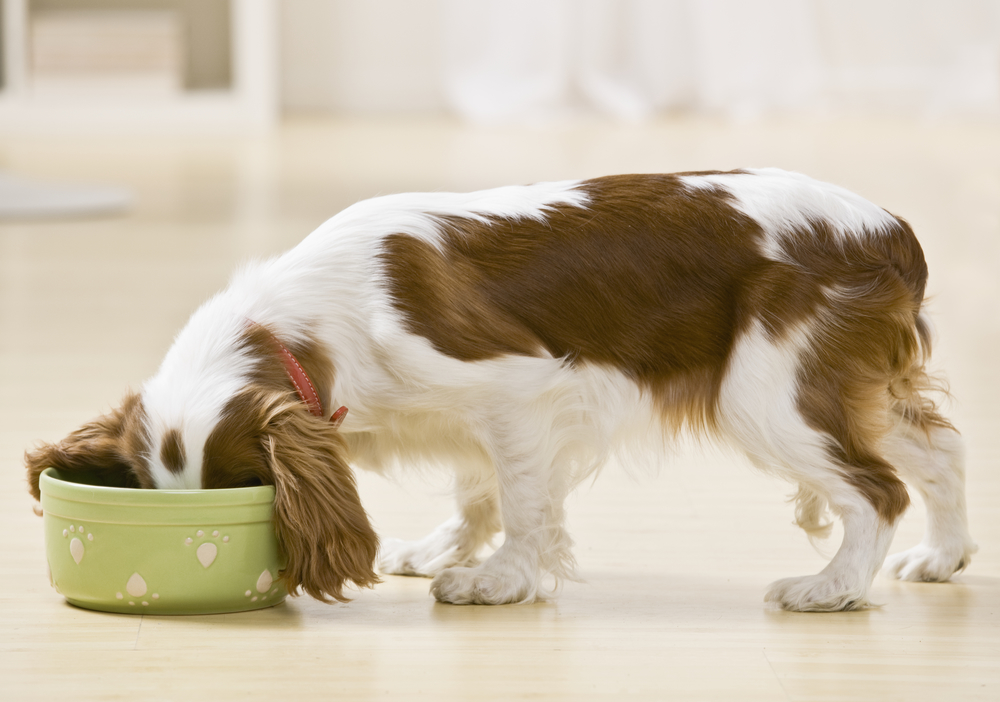 Dogs don’t often do things they don’t want to do. When I’m walking my dog, if she wants to go a direction different than I do, she pulls until I follow her. If you try to kiss her and she doesn’t want you to, she “gives you the cheek,” as if to say, “No, thank you.”  🙂 If we try to put clothes on her that she considers embarrassing, she promptly takes them off. If she doesn’t want to be around someone, she leaves the room. We used to have a dog that would go get under the bed whenever a friend with a particularly unruly child would come over. Whenever our dog saw that kid coming, he took off. I always wished I could join him. 🙂 I think we could all benefit from learning to say no and exiting the premises when we need to.

They don’t complain. Dogs eat the same thing almost every day of their lives and they never say a word about it. When I come home, my dog doesn’t hit me with, “Man, I’ve been cooped up in this cage for an HOUR. And Dr. Phil had some crazy chick on that was driving me nuts but I didn’t know how to change the channel.” Instead, she is just happy to see me. I complain too much. I need to stop.

They enjoy the small things. Have you ever watched a dog jump into a lake or run in the snow? They go nuts. Give my dog a stick or a rock and she is happy. And don’t get her started on a toilet paper or paper towel roll. She will shred those things within an inch of their lives. She acts like that is the most fun thing she can possibly do with her time. 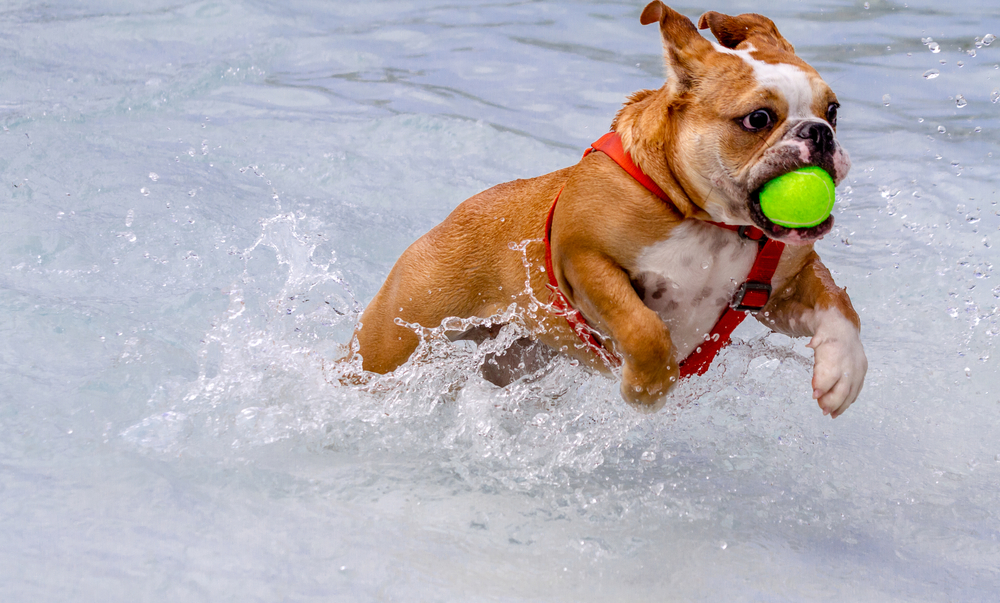 They are noble and loyal. Dogs are so loyal it’s almost heartbreaking sometimes. I’m sure you’ve seen stories about dogs saving people. They serve as guide dogs, military support, police officers, and just good old family protectors. We had a dog when I was in high school that was so sweet and protective of everyone and everything around him. One night we came home to find him sitting on two baby kittens someone had dumped at our house. It was cold and he was keeping them warm until we got home. They grew up and were the genesis of an army of barn cats that kept vermin at bay. Dogs imprint like baby ducks and will follow us around all their lives. Feed them, treat them kindly, and they will give you their hearts. We would all be better humans if we were loyal and protective of our people. 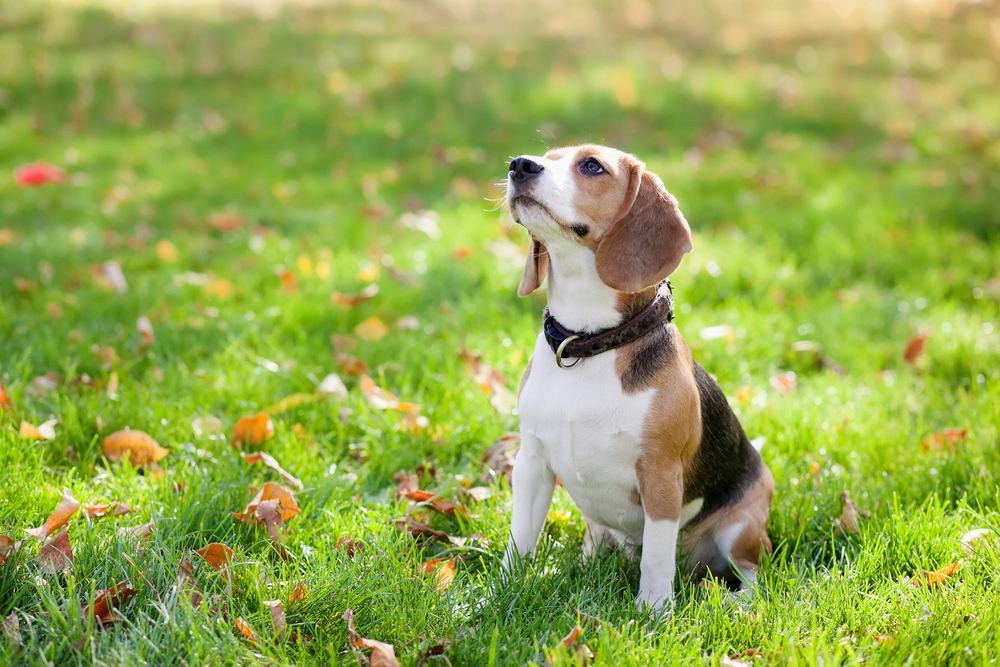 They are persistent and never give up. Until my dog learns to climb trees, she will probably never catch the squirrels in our backyard. But she still tries every single day. She runs after them at breakneck speed and circles the tree they escape to as if daring them to come down and fight like men. 🙂 She barks at the deer in our yard even though they are ten times her size. She barks at the mailman and the UPS guy every single time they ring the doorbell, letting them know they are within HER perimeter. If a piece of her food bounces under a door or a piece of furniture, she paws at it and climbs under stuff and contorts herself until she retrieves it. When she was only four months old, she became gravely ill and fought off full organ failure, while only weighing TWO POUNDS. This chick is no quitter. How persistent are we? Do we show up and fight every day or do we throw in the towel? 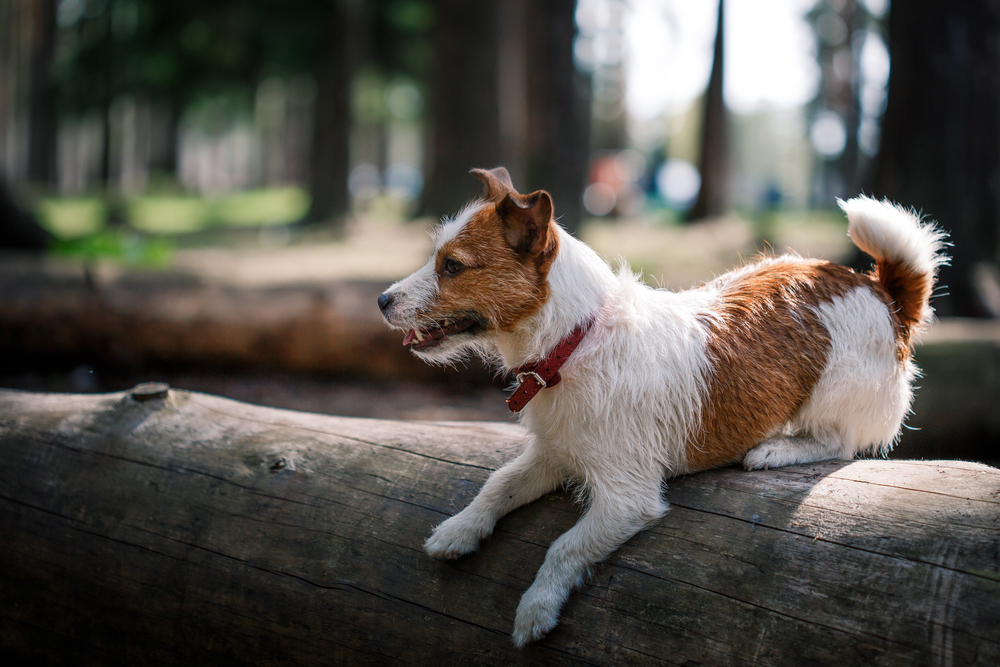 They just don’t stress about stuff. I’m sure you’ve seen those t-shirts about dogs that say, “If you can’t eat it or play with it, just pee on it and walk away.” I know it’s easier said than done sometimes, but there are many times in life that we take on stress when we really should just pee on it and walk away. (But find a way to do that figuratively. Literally peeing on things is frowned upon in polite society.) 🙂 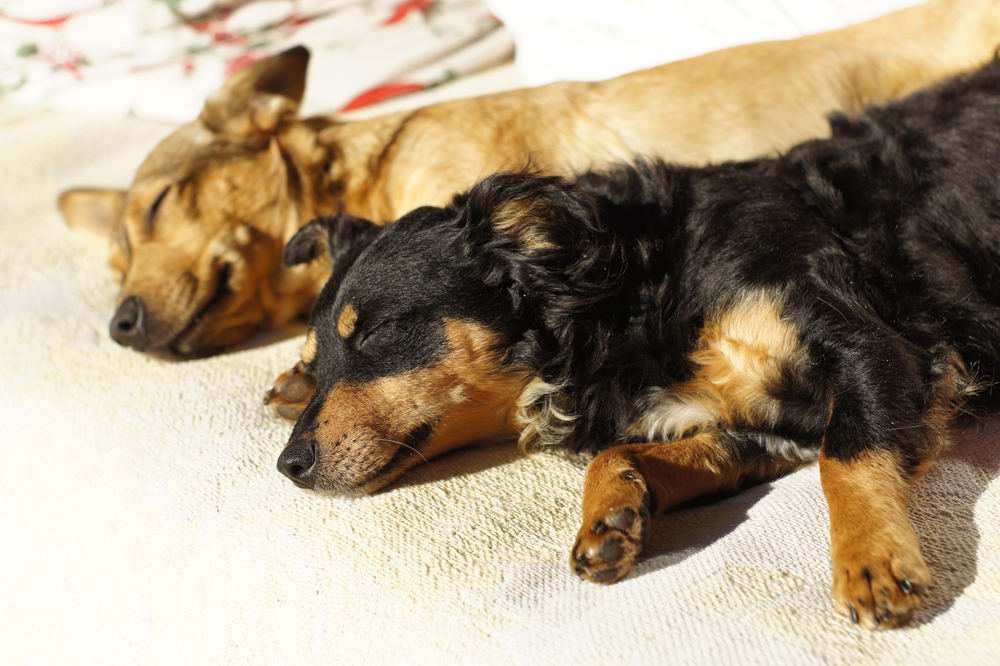 I don’t know about you, but I would like to spend 2018 trying to be more like my dog. Here’s to more peeing on stuff and walking away! 🙂

Do you have a dog? What is your favorite thing about them that you could learn from? Let me know in the comment section. 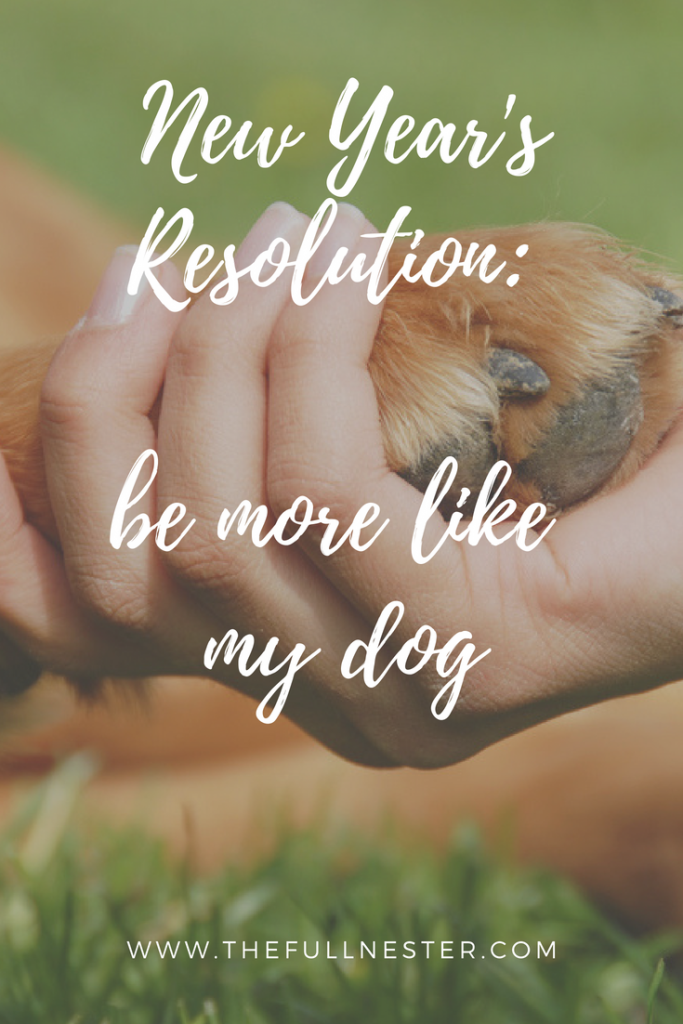