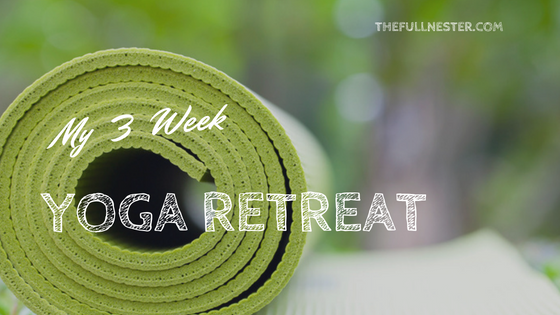 When my daughter left for college I was determined to stay busy and keep moving. I had done a little yoga in the past, so I decided to look into starting up again. I am a member of a club that also offers weekly yoga classes so I started going. They have two types of classes–a more gentle class that is less strenuous, and a class for all the hardcore bendy chicks. 🙂 I felt like I should start with the less strenuous class since I didn’t have much yoga experience. I really liked the class and didn’t feel intimidated by the instructor or the other students. After a few sessions, the instructor told me I could definitely handle the more strenuous class. I wasn’t sure, but I attended that session the following week. I held my own but I felt out of place with the bendy girls. They also weren’t as friendly as the gentle class students. So I went back to the gentle class. Several of the students began asking me to join them for coffee after class. I started doing that and enjoyed it but I felt that between the drive, the class, and then coffee I was giving up too much of my day to this.

Time for a different plan. I did a search on the TV guide and saw there were lots of yoga programs I could record and do from home. Most of them come on super early in the morning so there was no chance I would see them live, 🙂 so I set up a recording schedule for several different programs. The first one I tried was the Wai Lana Yoga Series

The scenery in this series is beautiful, and Wai Lana wears really colorful outfits and flowers in each segment. I liked that each program addressed a different aspect of fitness, like strength, or stamina, or flexibility. She is very flexible and I found some of the poses too advanced for me. But time wise, the program was fairly light on yoga and really heavy on some singing and dancing at the end. Wai Lana sings and dances for quite a while at the end of every episode. Also, for some reason she just really amused me more than anything. I’m not sure she means to be, but I think this gal is really entertaining.

On to the next.

Then I tried Happy Yoga with Sarah Starr.

. One day she might be by the beach, the next in the woods, or in a garden of sunflowers. The classes were very soothing and I liked them. I felt a little detached from the whole thing, though, because all of the instruction was done as a voice over, with the instructor doing each pose without talking directly to the camera. Still not quite was I was looking for.

This program is offered by Beach Body and the infomercials feature Leeza Gibbons and several participants with success stories. I’m a sucker for infomercials, but not for Beach Body. Back in the day when P90X

was all the rage, my daughter and I committed to that program and followed it TO THE LETTER. We did every workout, we never missed a day, and we followed the eating program. We were so sick of turkey bacon by the end of it. 🙂 We even extended it and did our own P120X, adding an extra thirty days. We did NOT look like those ripped people in the commercials. Not even close. We still argue with my husband about this because he said we quit just when we were starting to look good. We disagree. The commercials promised that we would look ripped and we did not. We were definitely stronger and I really enjoyed the variety of the workouts but that was a HUGE time commitment and we expected more. So I am not falling for Beach Body promises again. 🙂

The 3 Week Yoga Retreat does tout weight loss. I did pay close attention to the teeny tiny print on the screen during each of the testimonials and saw that everyone had done multiple rounds of the 3 Week Yoga Retreat and followed a calorie restricted diet, and most had become Beach Body coaches. I wasn’t really interested in the program for the weight loss aspect. If that happened, great. But I was more interested in the increased flexibility and strength that could be gained from doing yoga.

I had no expectations for weight loss or mastery of yoga from this program. Three weeks is really no time at all and I would feel like I was just getting started in that amount of time. I’ve been doing the program for about two months now and I really like it. I have not lost any weight, and I am not a human pretzel yet who can bend into all kinds of flexible positions. But that isn’t what this program is really about. It is great for beginners because it teaches you about yoga positions and mindset.

So here’s what you get: 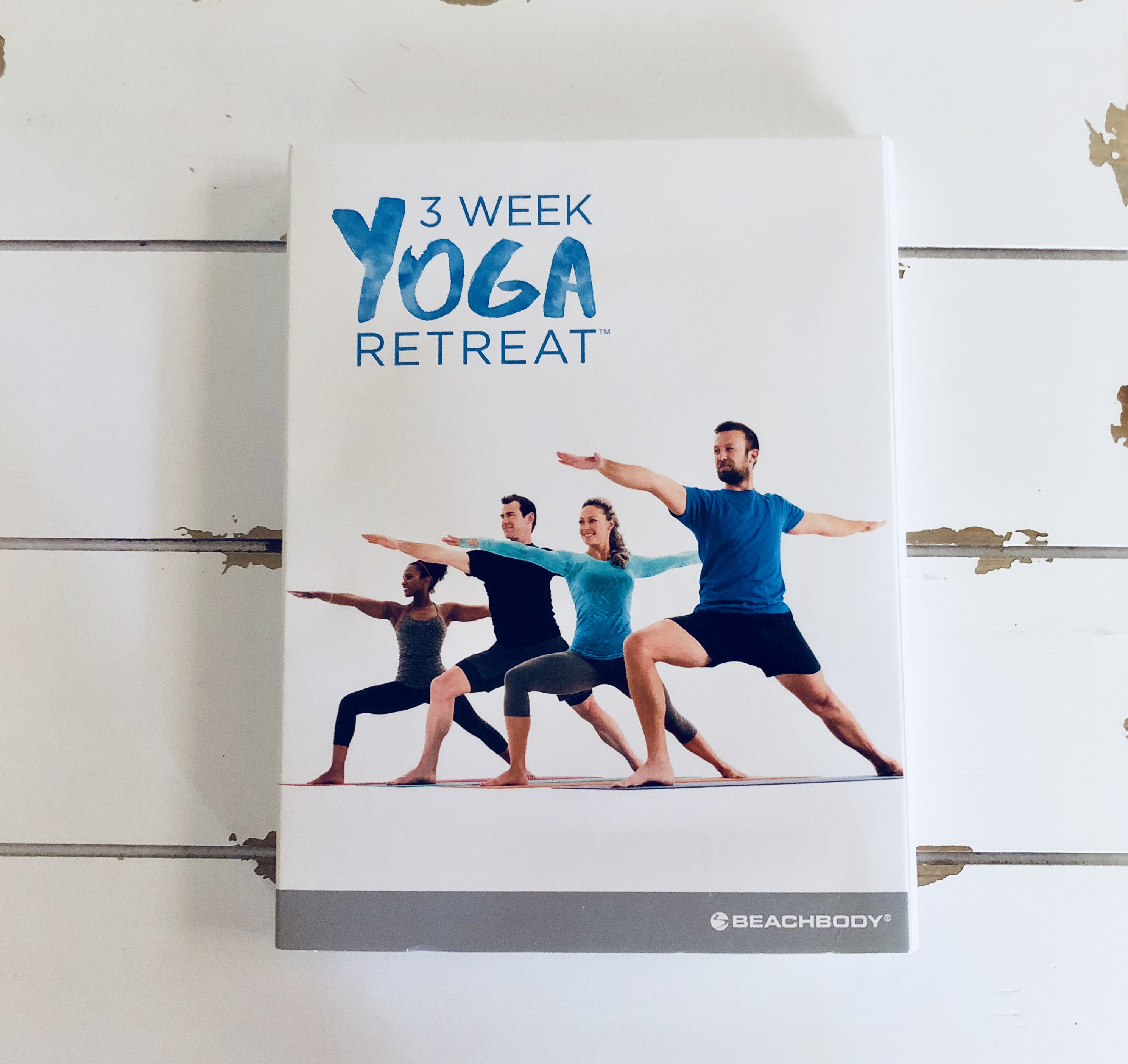 I don’t like the “flow days,” but that’s because I’m not good at it. With flow, you move from one position to another and I struggle with that. My lower back does not always cooperate with me and I have to move very intentionally, so going fast between poses makes me nervous. If you’ve ever moved wrong and thrown your back out you know what I’m talking about. I like it better when we stop between poses and get set up for the next. But that isn’t a problem with the program, but rather with me. I need to work on it. 🙂 I know that strengthening my core will only help keep my back in line. 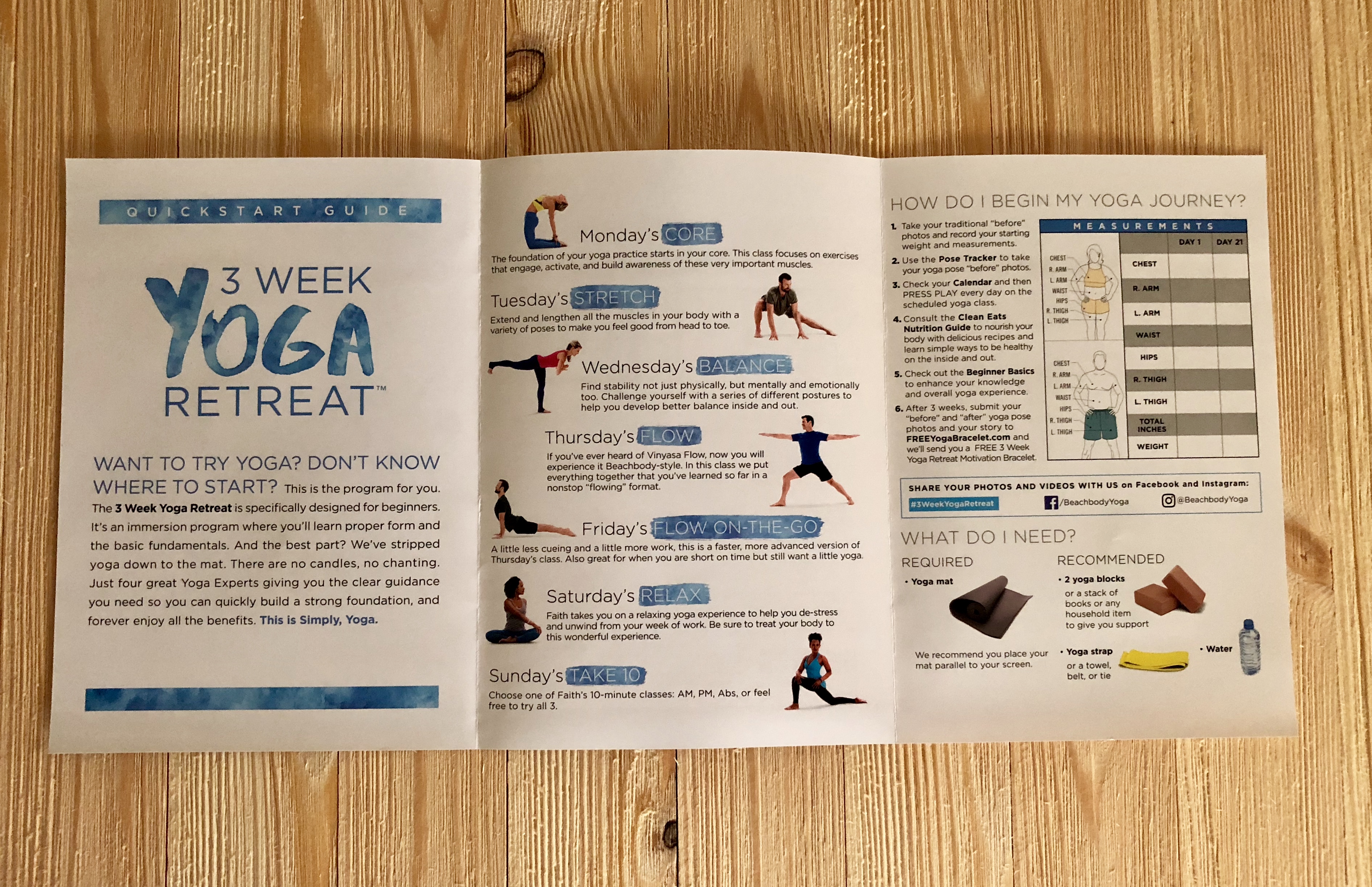 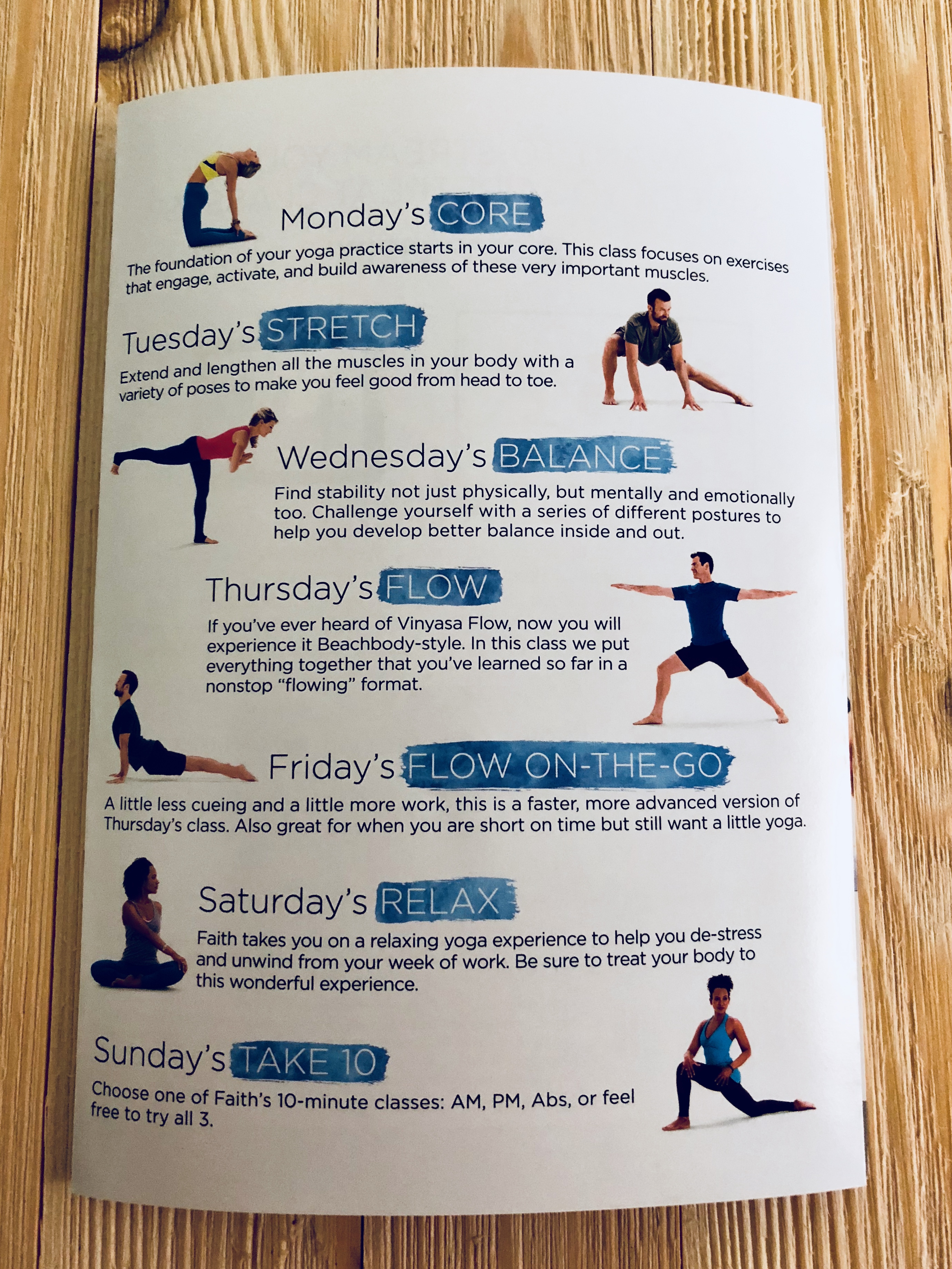 Week One is taught by Vytas. I really like him. He is very encouraging and has a soothing manner and voice. Each session has a main instructor, with two others in the background. One is doing the same poses as the main instructor and the other one is showing modifications that can be done to still do the work without injury if you aren’t quite flexible enough yet.

Week Two is taught by Elise. I like the poses she teaches, but I don’t really care for her as an instructor. She pronounces things weirdly to my ears, like instead of saying, “On the exhale,…” she says, “AAAHx-hale.” Like OX-hale, only really drug out. It just really distracts me for some reason. She also likes to throw in motivational quotes. A lot. I love a good motivational quote but I don’t necessarily always need that when trying to focus on getting everything right for a new pose. 🙂

Week Three is taught by Ted. I like him. He seems a little awkward, a little bit like a guy that might be hard to talk to at a party, but he is reassuring. 🙂 His poses are the most challenging, as we’re in week three with him.

The weekends are taught by Faith. She is super soothing and I like her. She really puts you in a relaxed mood and ready to just chill and enjoy the times that yoga can feel good. 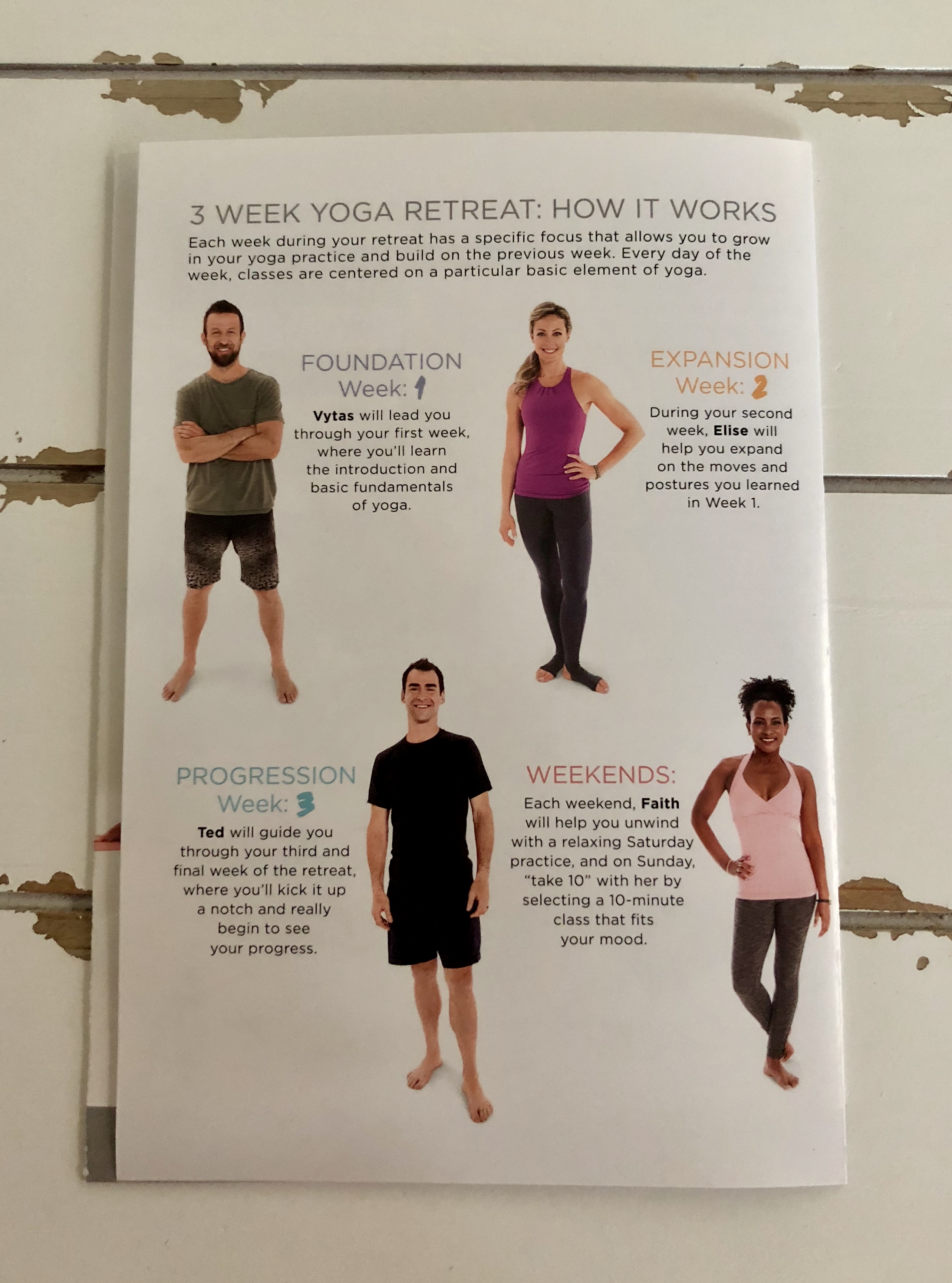 There’s also a Pose Tracker included where you can take a picture of yourself on Day 1 doing some basic poses then again at the end of the three weeks to see your progress. 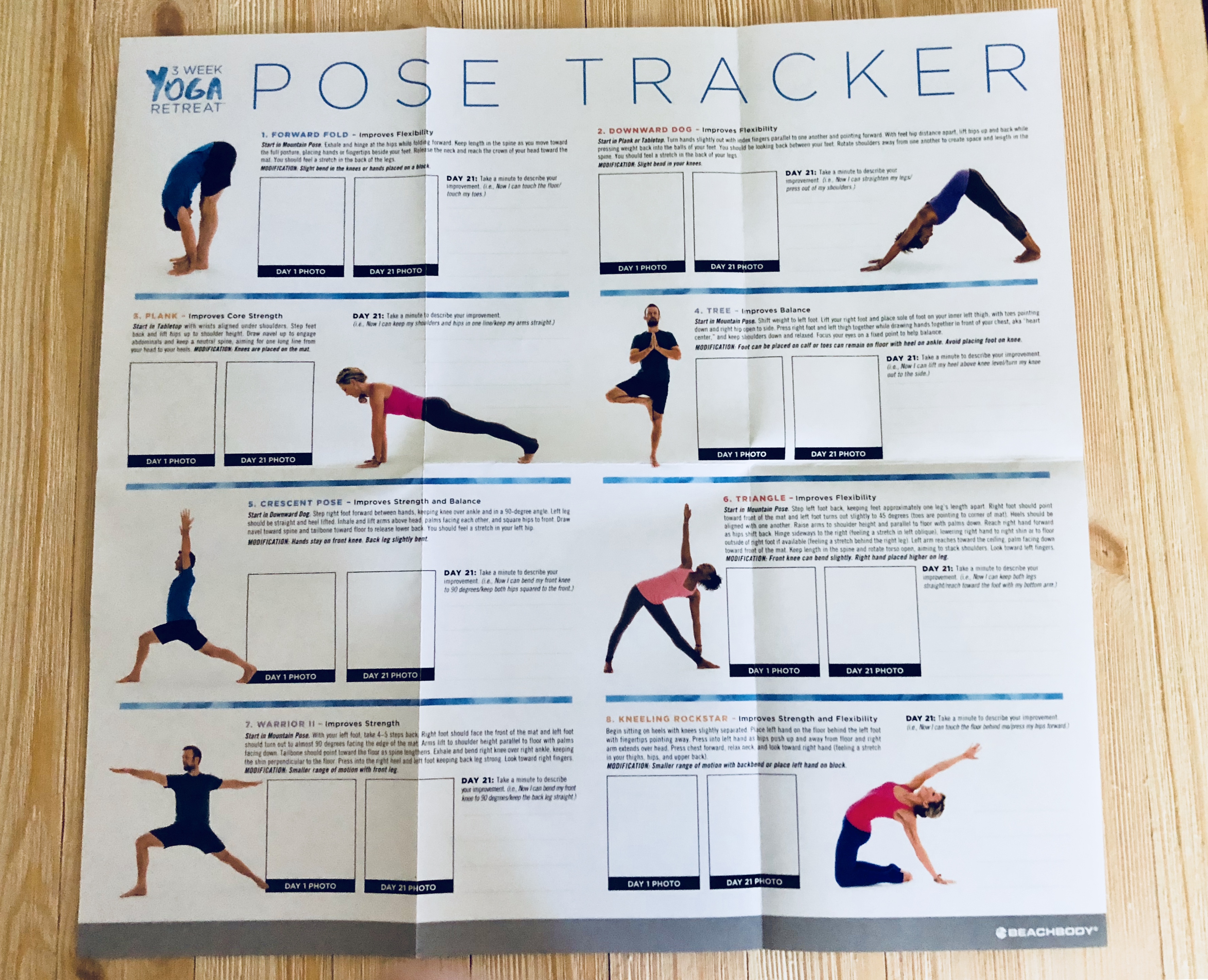 You also get a booklet called Clean Eats that outlines an eating plan and includes some recipes. 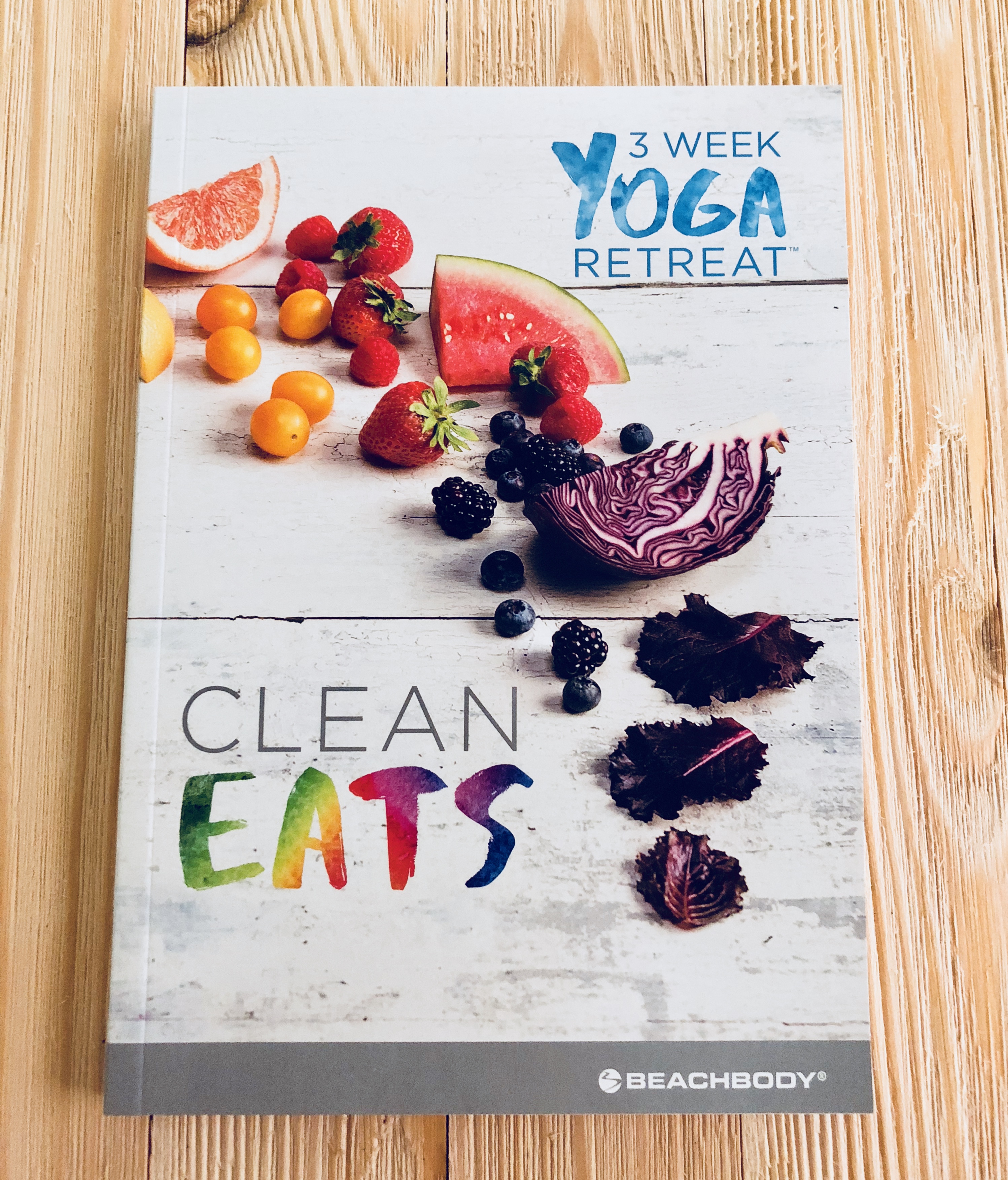 The whole thing comes in a neatly foldable set.

All you need to do this program is the set of DVDs, a yoga mat

, and some yoga blocks

. Blocks really help you get the benefits of a pose even if you aren’t quite as flexible yet as you want to be.

Overall, I really like this program because it allows me to do yoga without having to leave home and it is achievable. I am in this to gain core strength and flexibility, both of which become harder to get and more important to have as we age.

Joseph Pilates said “You are only as young as your spine is flexible.” I want to remain nimble with cat-like reflexes for as long as possible. 🙂 I really want to be like Ruth Bader-Ginsburg as I age. She is 85. Have you seen that woman plank? She is AWESOME. Have you seen this necklace? I may need to get this and wear it as inspiration while doing yoga. 🙂 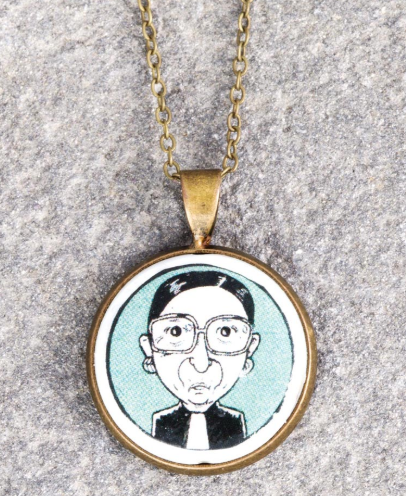 I also took up Pilates about a year and a half ago and will talk about that with you in a future blog post. I pair the yoga with Pilates and am sure that I have become more flexible. I would encourage you to give yoga and Pilates a try. They can help us increase our muscle tone and strength, improve our posture and balance, balance our metabolism, decrease the likelihood of injury, and help us focus. The health benefits are many and that is all good stuff! 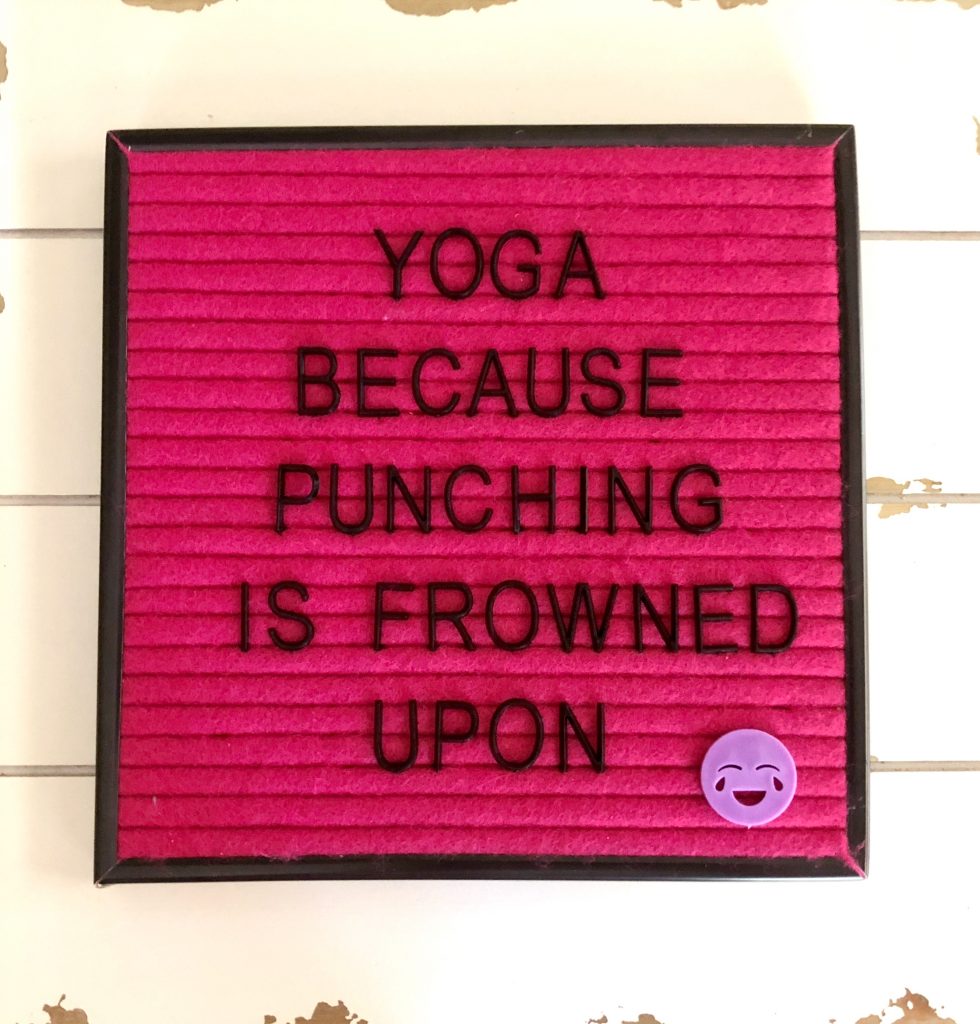 What about you? Do you practice yoga, or would like to? If you do yoga and have a dog, does your dog do it with you? My dog is all over my mat doing her own poses. I can’t figure out why. I can never get a picture of her, but I love this picture of a Frenchie doing yoga. 🙂 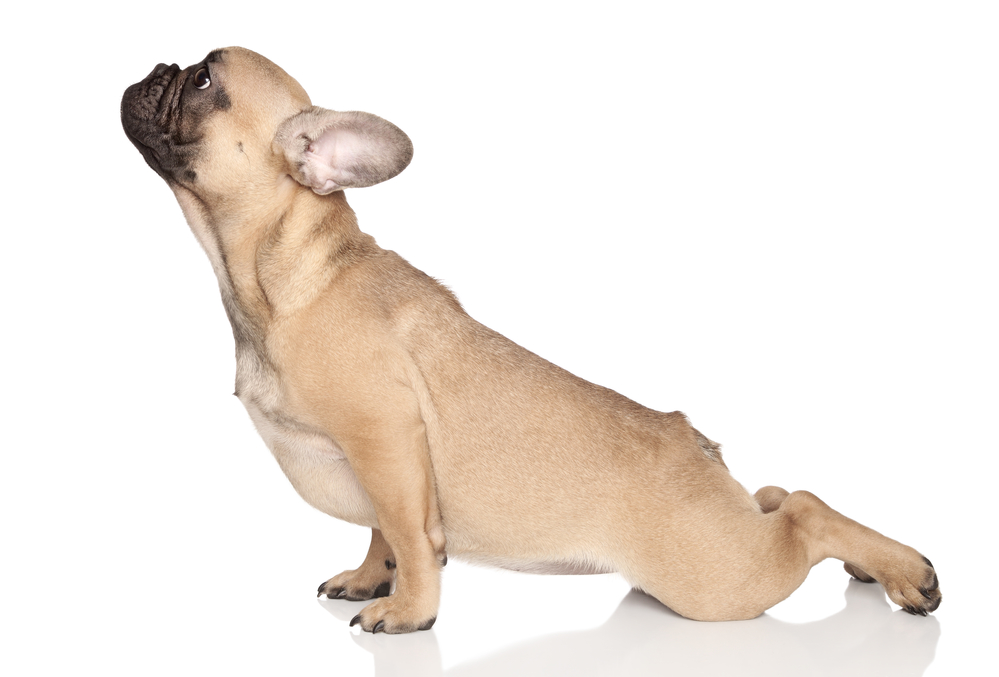 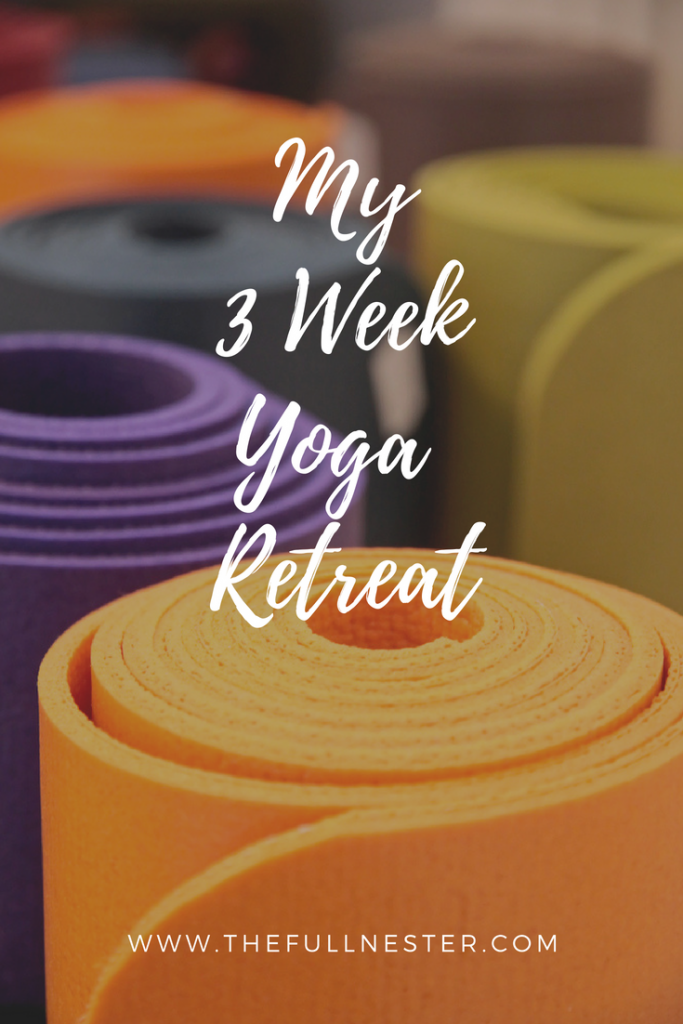