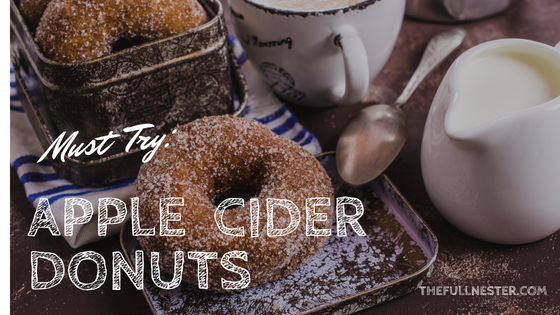 The only other flavor that defines fall besides pumpkin is APPLES. I love apples, and stuff made with apples. But the one thing made with apples that reigns supreme is apple cider donuts. If you have never tried them, you are missing something amazing. Food of the gods. Seriously. 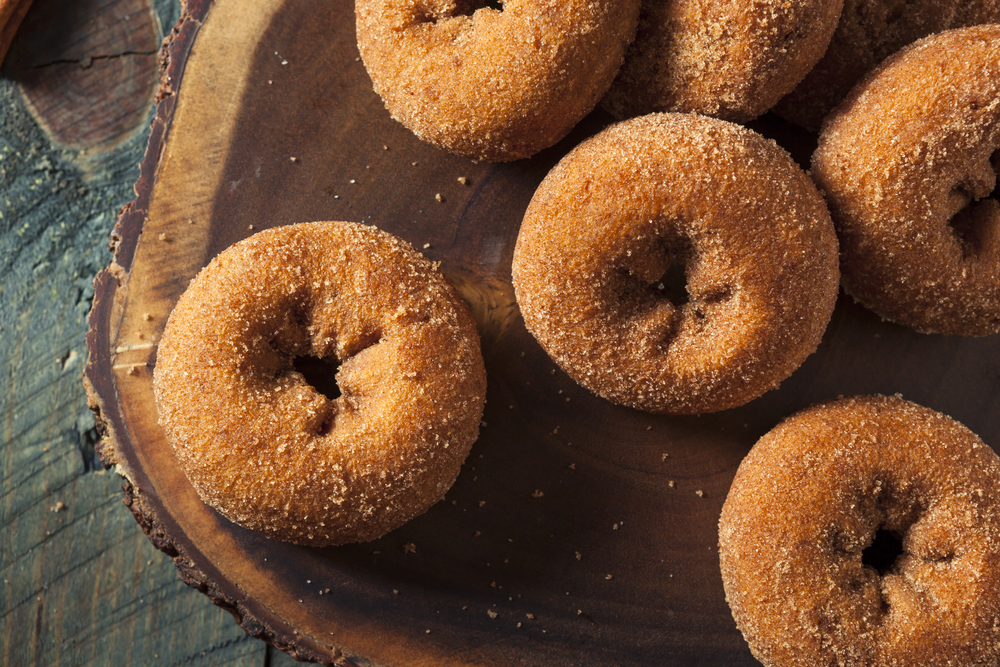 We had the extreme good fortune to live in Northern Virginia for a few years and that is full-on apple orchard and vineyard country. You could not swing a cat without hitting an orchard or small winery. It was heaven. Where we lived, there were several pick-your-own orchards within a few miles’ drive. Most of these orchards have gotten smart and also have a bakery where they sell all kinds of baked goods, but come fall, no one cares about anything other than those apple cider donuts. There are long lines at the bakery counter and the poor bakers are making the donuts as fast as they can. They bring out a tray of them and they are gone in seconds. Occasionally there is that uncultured soul who buys up the whole tray the minute they come out, leaving none for the rest of us. Not cool. Don’t ever take the last one of anything without asking. That’s just a rule for life, but never more true than when trying to contain mobs of hungry apple cider donut lovers. 🙂

Everyone who has had one of these donuts knows of their power. For some reason, we regularly had dogs show up at our house in Virginia who had run away from home. I am a dog whisperer and all dogs know this, so maybe they just got word that I would love to meet them and to come on over. 🙂 They always had tags, so we would call the owner and they would come pick them up. But one guy showed up with a dozen apple cider donuts to show his appreciation for our calling him about his dog. I was stunned and so happy. THAT guy knows how to say thank you. 🙂

These donuts are legendary and once you’ve had one, the taste never quite leaves you. Every time we had people visit in the fall, we would take them apple picking and then head to the bakery for some donuts. They still talk about them. They still crave them. So do we. We haven’t found any place in Texas that does apple cider donuts. I’ve tried making things that are supposed to taste like them, like an apple cider cake, which does have the flavor but just not the texture of a fresh donut. I’ve tried making hacks I found on the internet using puff pastry and other such nonsense. But nothing comes close.

I decided to just get busy and make them the right way. I found a recipe on the internet that I liked and got to work. You are basically reducing apple cider to a small amount and adding it to a mixture of baking powder, salt, flour, sugar, cinnamon, butter, and eggs. All good stuff. (On the subject of apple cider, if you can find cider made from honey crisp apples, go with that. Honey crisp apples are the most delectable apple I have ever eaten. They taste like a caramel apple. They are more expensive than other apples but totally worth it. Buy them in your grocery store if you see them.) Once you have made the dough, refrigerate it for a short time and then pat it out to a 1/2″ thickness. Then using a donut cutter or one large and one small cookie cutter, cut the dough into donut shapes. 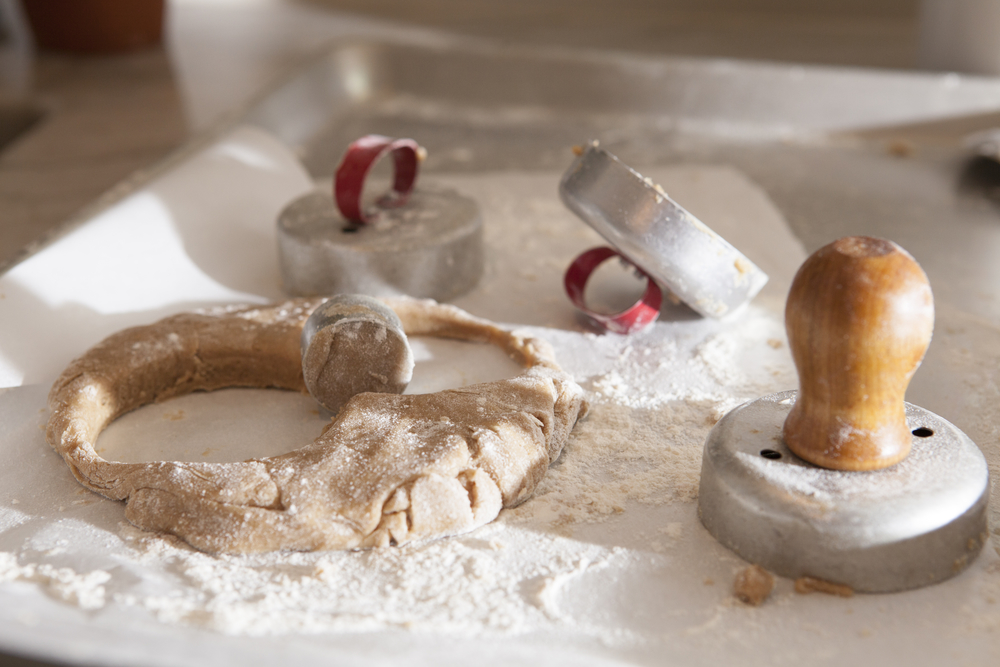 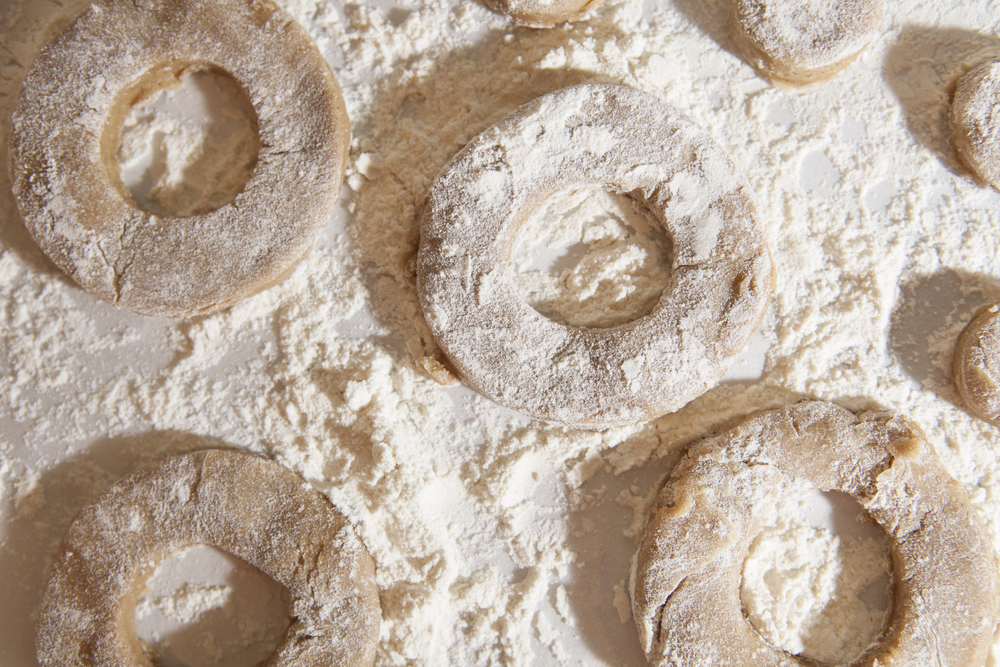 In a pot or fryer

where oil has been heated to 375 degrees, fry a few donuts at a time. You never want to put a bunch of anything you are frying into the pot at one time. It will lower the temperature of the oil and the results will not be what you want. The donuts brown quickly, in about a minute. Using a skewer, flip them over and brown the other side. 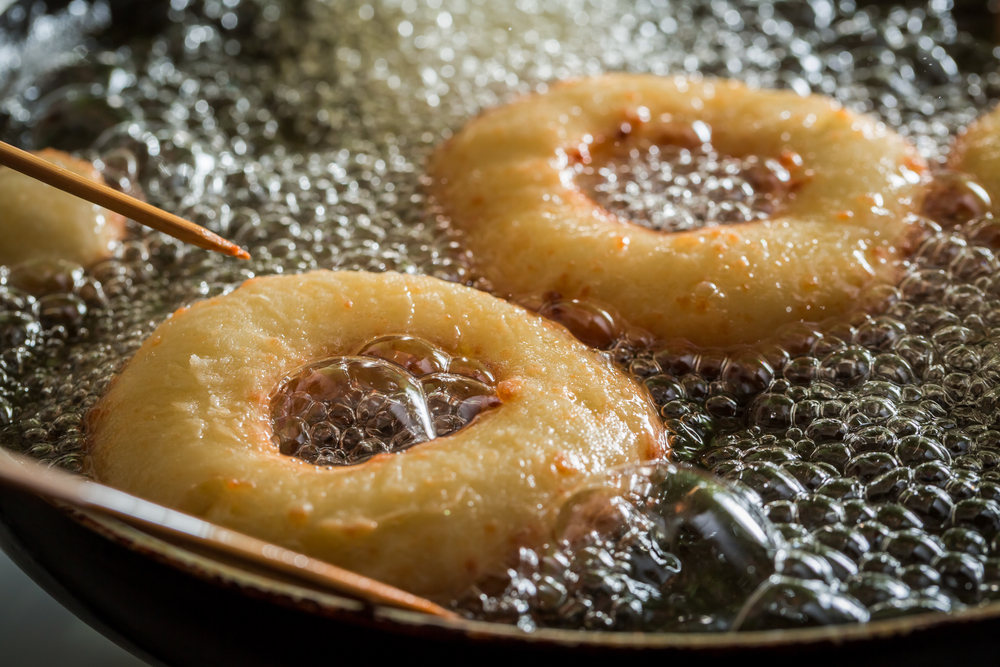 Then carefully remove the donuts to a paper towel-lined plate to cool for only about a minute. You want them still warm so the coating you are going to use will stick. Put them in a paper bag where you have mixed about a cup of sugar and a tablespoon of cinnamon. You can adjust the ratio of cinnamon and sugar to your liking. Shake the donuts in the bag to coat them in the mixture. Then remove to a wire rack to cool. 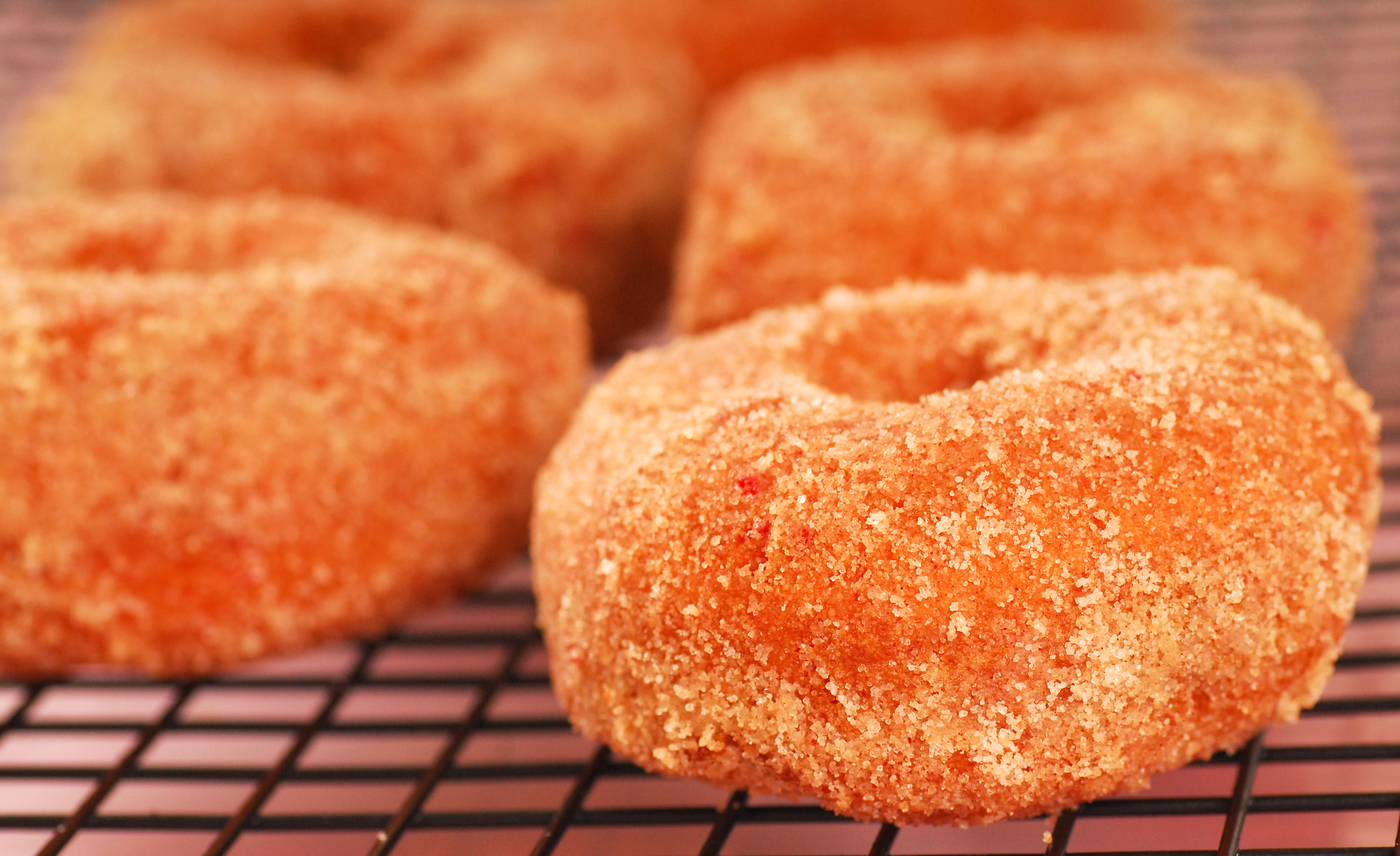 Then EAT. This is really the only way to do these. You can’t shortcut or substitute your way around it. These donuts are so delicious you just cannot comprehend how much your life has been incomplete up to this point until you eat one.

If you don’t live somewhere where you have access to apple cider donuts or aren’t up to making your own, you can order them online. I can recommend Marker-Miller Orchards in Virginia and have eaten their donuts. In fact, it was in line there that I witnessed one of those people I mentioned who buy up the whole tray of fresh donuts. Again, never do that. 🙂 You can call the orchard and ask them to send some donuts your way. There are other online sources of apple cider donuts but I can’t speak to any outside of Virginia. 🙂

So there you have it. Apple Cider Donuts. The must-eat food of the fall season. Let me know in the comment section if you have eaten these or are ordering yours over the phone as we speak. 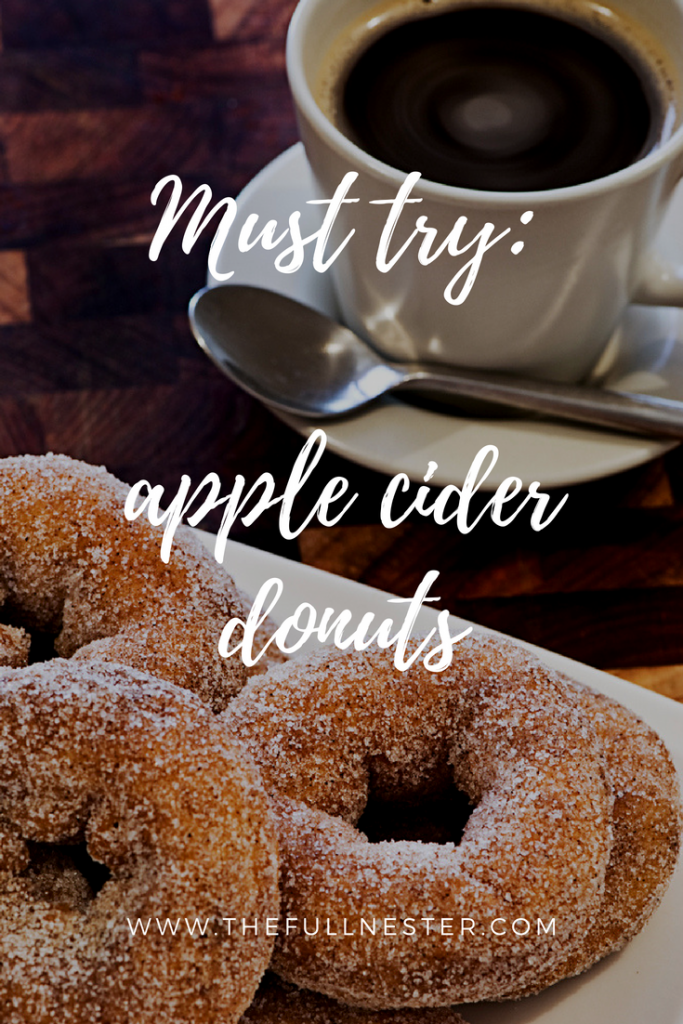