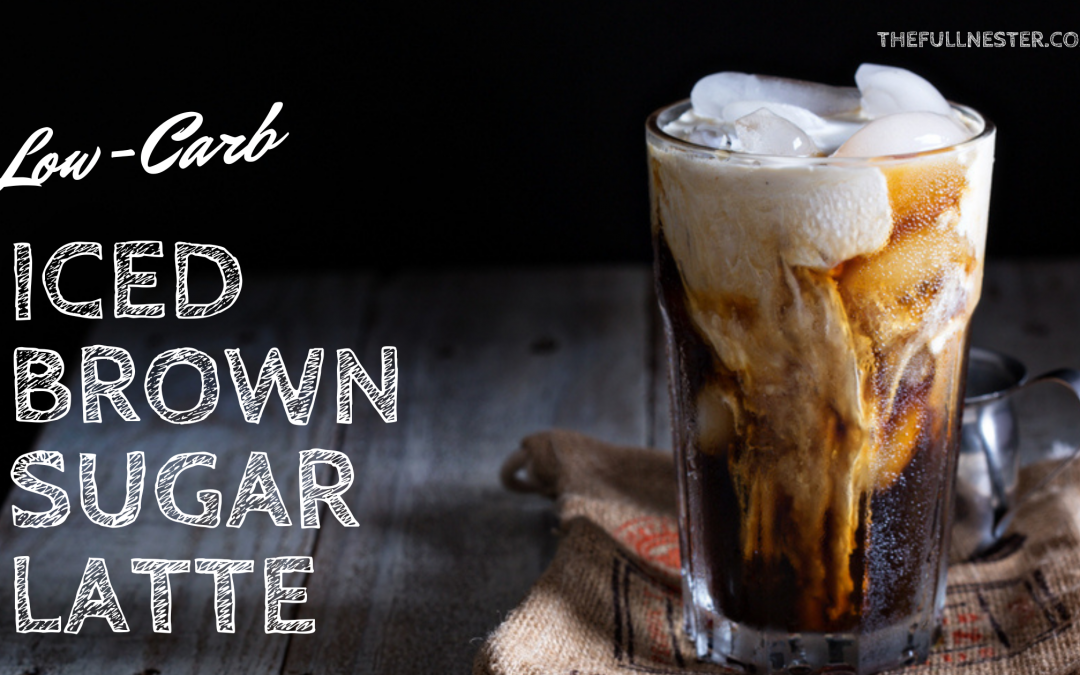 Fall finally arrives this week, which means all kinds of good things! Starbucks is rolling out all of its wonderful seasonal drinks, and the Iced Brown Sugar Oatmilk Latte is always a favorite. 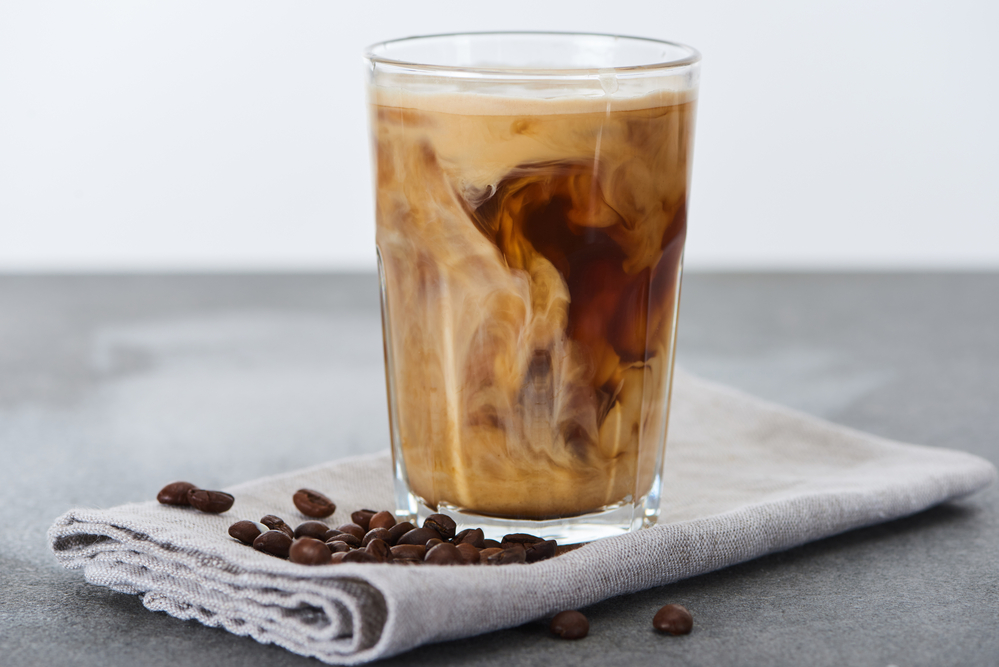 It’s really delicious, but if you are watching your carb intake, this drink will not fit into your plans. 🙁

Most of the sugary and flavored drinks at Starbucks are not an option if you follow a low-carb lifestyle.

I started eating low-carb about a year ago and have had fantastic results. One of the changes I had to make was eliminating all those flavored drinks I used to love to get at Starbucks. My favorite, a Caffè Mocha, has 43g of carbs in a Grande, and 35g of those carbs are from sugar.

I only allow myself 30g of carbs per day, so drinking one of those mochas is my entire day and then some of the allotted carb intake. No way I’m going to do that. So it had to go.

When the Iced Brown Sugar Oatmilk Latte appeared on the menu, I decided to make my own version at home. Brown sugar is one of those wonderful fall flavors no one should deprive themselves of. 🙂 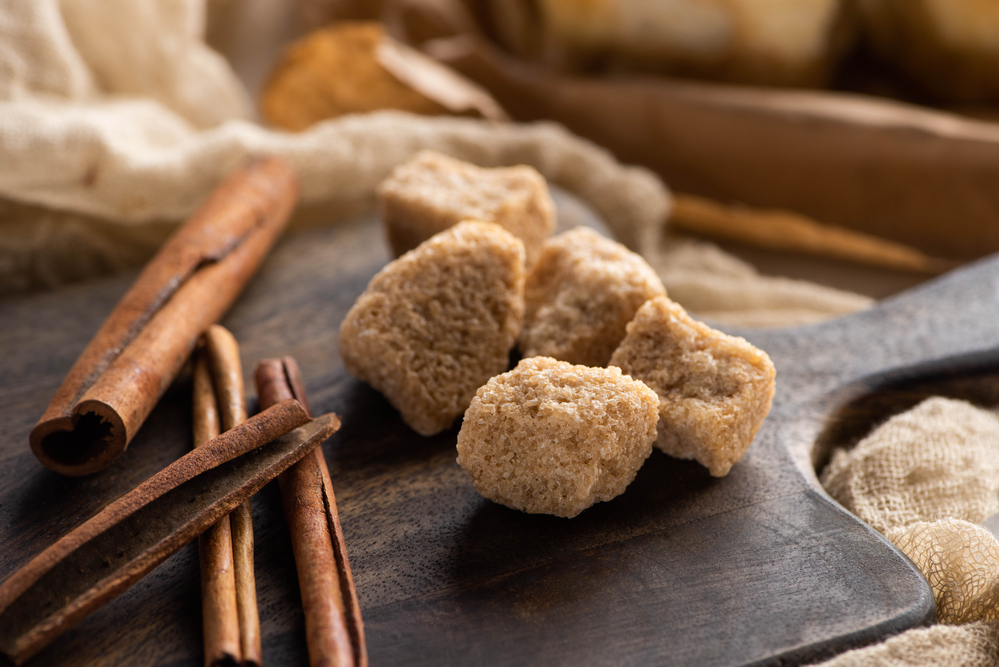 Oat milk is not a viable option for a low-carb eating plan, as it is made from oats, which are naturally high in carbs. One serving of oat milk has at least 15g of carbs, depending on the brand. So that’s the first thing that had to go. 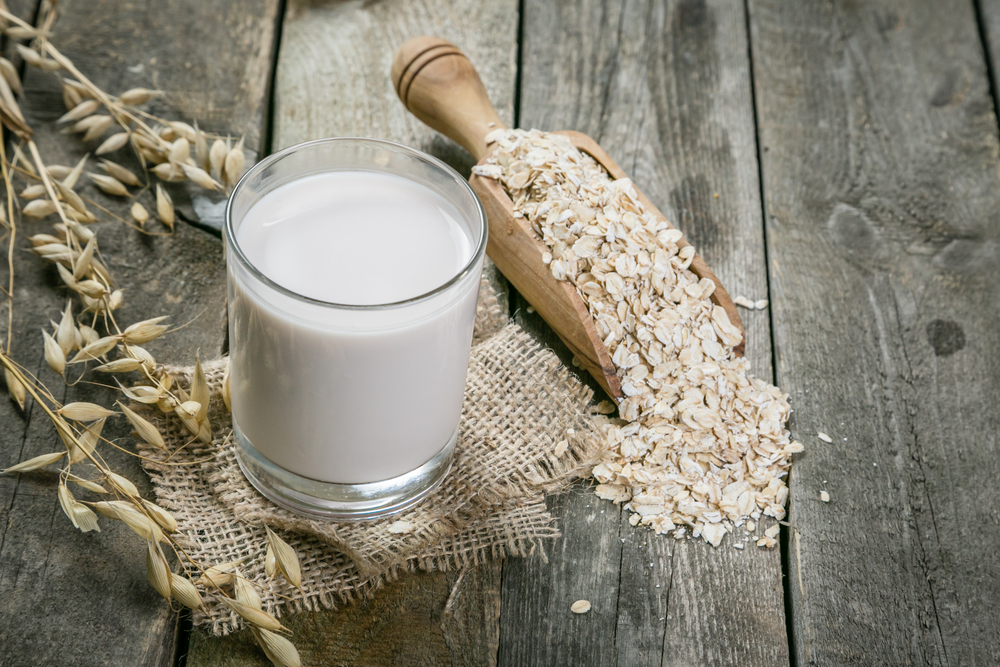 Brown sugar also won’t work, as it has 4.5g of carbs per teaspoon. So that’s out too.

Word on the street is that Starbucks makes this drink using a Vanilla Brown Sugar Syrup. I figured that is easy enough to make at home. Fortunately, there are now many low-carb options for brown sugar, thanks to the popularity of Keto and other low-carb diets.

Lots of people are fans of Swerve products, but I am not. They offer white, brown, and powdered sugar alternatives and I have tried them all. They all have that weird “cooling effect” that erythritol causes and I can’t stand that. It might be okay when making an iced drink since it’s already cold. You use whatever sugar alternative you like.

My favorite low-carb sweeteners are monk fruit. I like this brown sugar alternative from Lakanto.

It’s very easy to make a brown sugar syrup at home. It’s just like a simple syrup you would make for mint juleps.

To make the syrup for this latte, I used 3/4 cup of brown monk fruit sweetener, 1 cup of water, 1 teaspoon of cinnamon (you can also use 1 cinnamon stick if you prefer), and 2 teaspoons of vanilla extract.

Just bring all the ingredients except the vanilla to a boil in a small saucepan. Let it simmer for 2-3 minutes until everything is dissolved. Remove from the heat and add the vanilla. 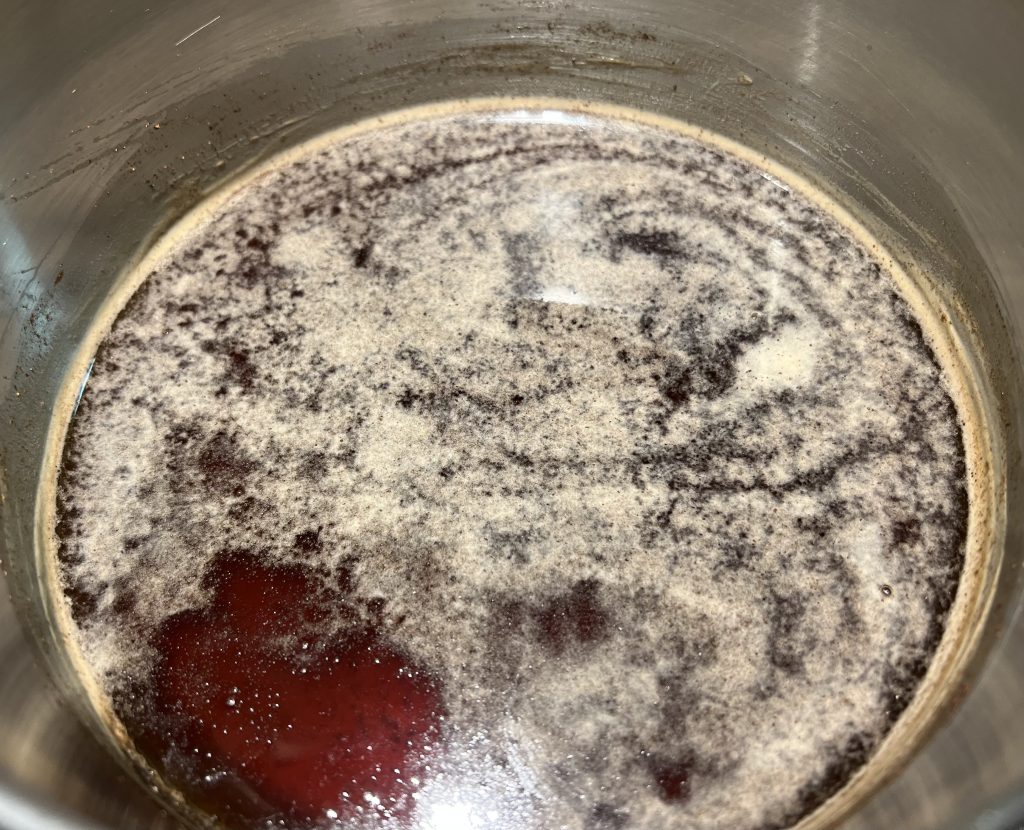 Let the mixture cool. This will keep for up to two weeks in the refrigerator. I keep mine in little glass yogurt jars. You will want to make this the day before you want to make your latte so that you don’t have to wait! 🙂

This is really the only prep work you have to do. When you’re ready to make your low-carb brown sugar latte, just fill a shaker glass with ice, add 3 shots of espresso or strong coffee, 2-4 tablespoons of the syrup, and a few dashes of cinnamon.

Shake it vigorously for about a minute. You can just add the milk to this mixture, or strain it into a glass if you don’t want the ice in your drink. I like ice in mine, so I just pour the milk into the mixture. 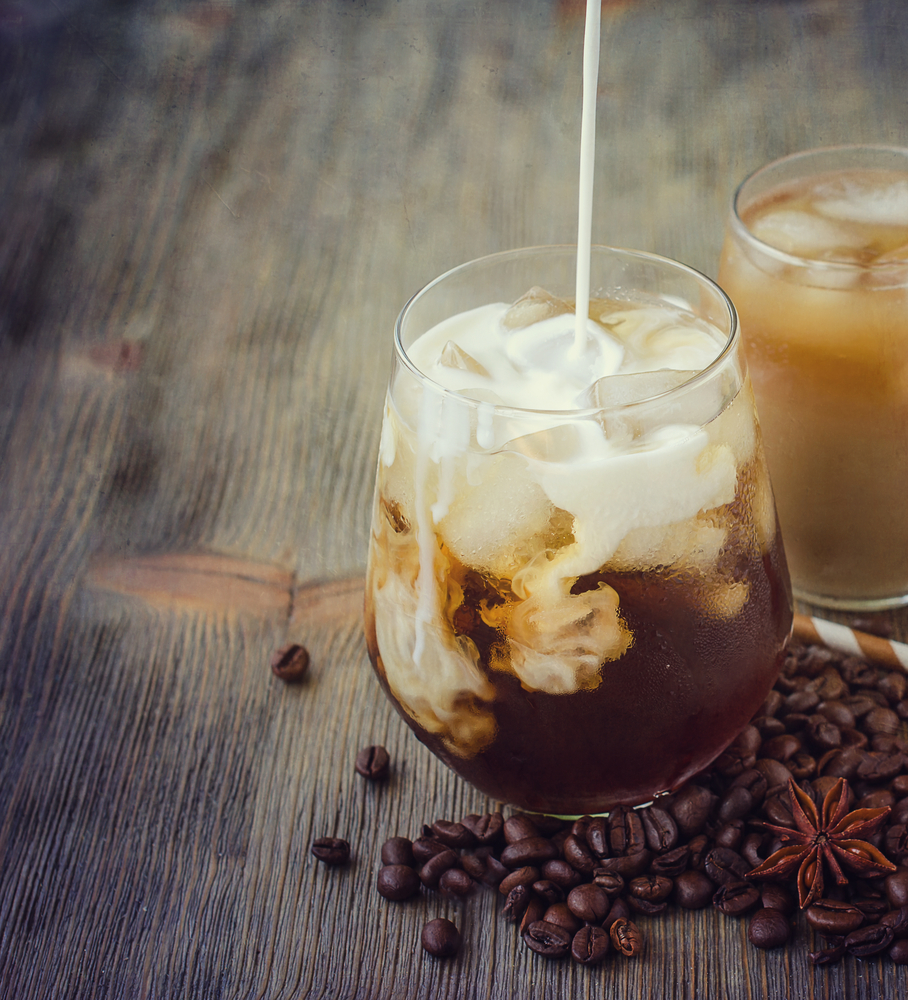 I mentioned that oat milk is not an option on a low-carb eating plan. I usually use half and half or heavy cream to make my coffee drinks, as they only have 1g of carbs. They both also make drinks very creamy and luxurious. They are also great to make foam with a frother.

Some people like those little hand-held battery-operated frothers. I started out with one of those but I ran it into the ground. 🙂 I now use an electric frother and it is life-changing. I use mine every single day.

If you’re not making foam for your coffee drinks, I would encourage you to start. It really elevates the whole experience.

If you prefer milk over half and half or heavy cream, you could use almond milk or another plant-based milk that you like. We use Silk Next milk for cereal or anything that requires milk. It’s dairy-free and vegan and only has 4g of carbs per cup. It is a mixture of oat milk and coconut milk. 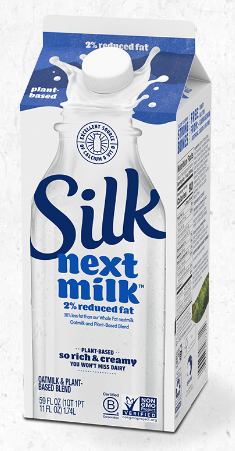 So depending on what ingredients you use, you will only have a handful of carbs in this low-carb brown sugar latte. The sweetener will not add any carbs, the half and half or heavy cream will add 1g of carbs, and plant-based milk will put you at around 4g of net carbs. Way better than the sugary version at the coffee shop.

If you want to make this drink even more fun and seasonal, you can add pumpkin spice flavor by using pumpkin-flavored espresso. Adding a pumpkin-flavored syrup or creamer will add too many carbs.

I use a Nespresso machine to make my espresso, and they just added Pumpkin Spice Cake to their capsule flavor options. 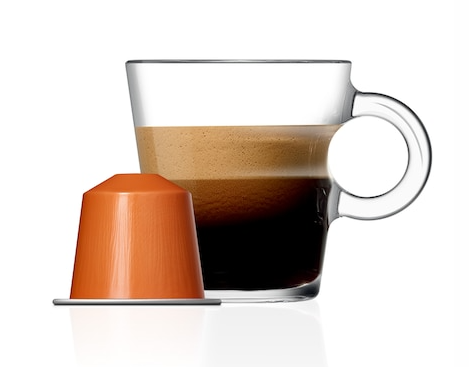 I received the capsules this week and they really embody all the fall flavors. Cloves, nutmeg, pumpkin. Yes! 🙂

I’m not a fan of powdered creamers, but if you like them, you could also try adding something like Pumpkin Spice Bulletproof Creamer. Not too bad of a carb hit.

So to summarize, if you’d like to try making a low-carb brown sugar latte at home, it’s easy to do.

Bring sweetener, water, and cinnamon to a boil and allow to simmer for 2-3 minutes. Remove from heat and add vanilla. Allow to cool.

To assemble the drink:

Shake for 1 minute then strain into a glass if you don’t want ice in your drink.

Add plant-based milk, half and half, or heavy cream. 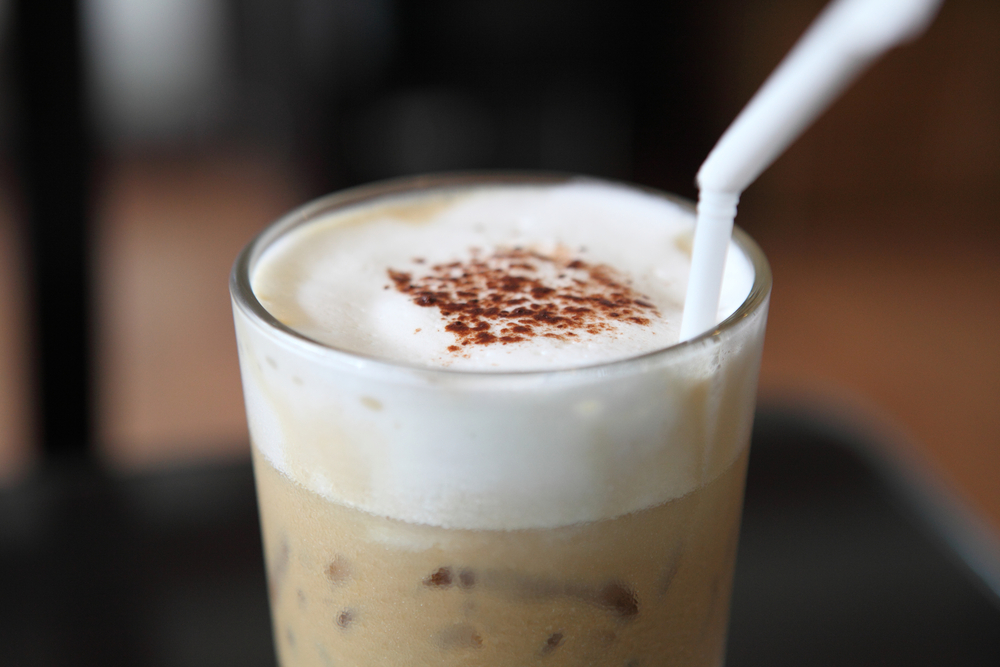 It’s still warm out but the calendar says it’s time for fall flavors. This Low-Carb Iced Brown Sugar Latte is just the thing to transition into the best season of the year. I hope you’ll give it a try!

If you make your own Low-Carb Iced Brown Sugar Latte, I’d love to hear how it turns out. Let me know! 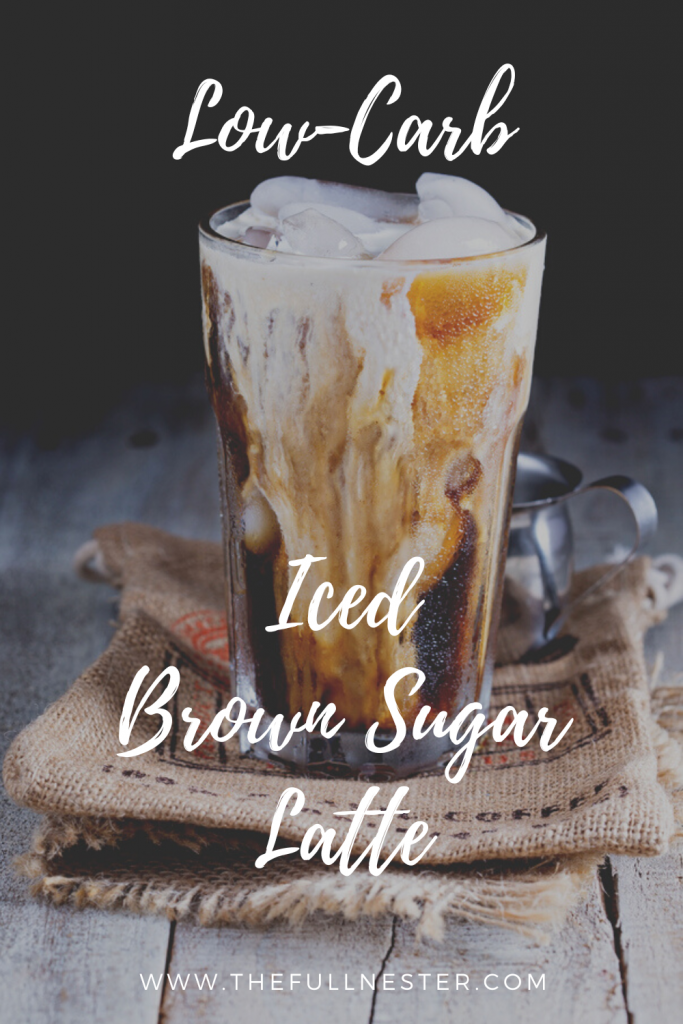