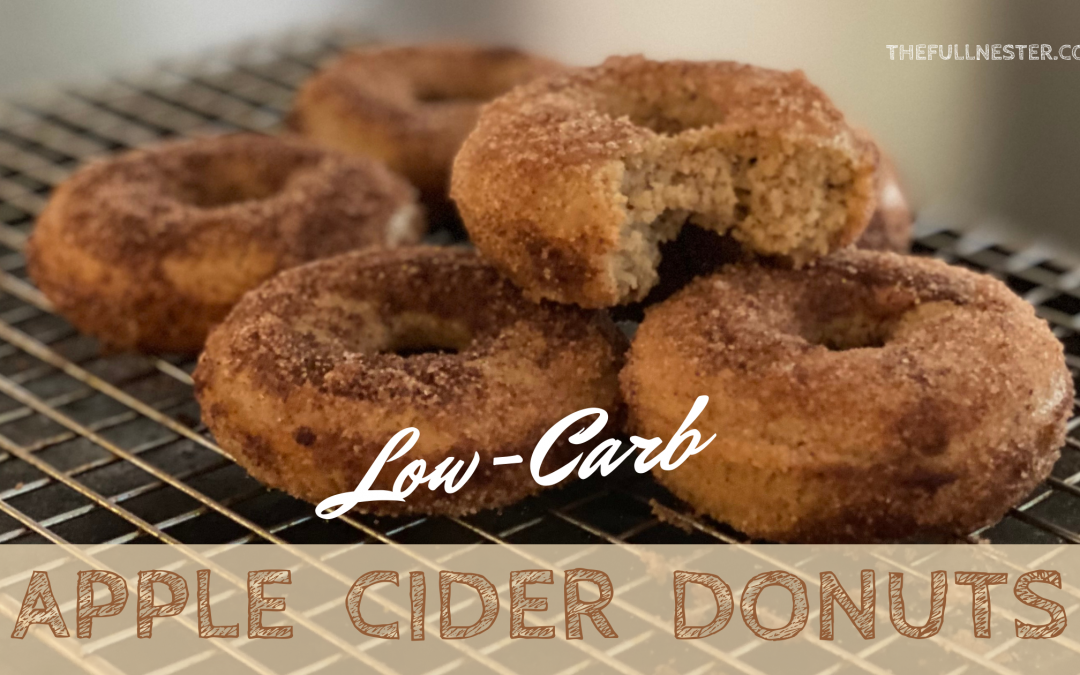 I mentioned a few weeks ago that we had really gotten serious about monitoring and managing our carb intake.

It is also starting to act like fall which always makes me think of Apple Cider Donuts. 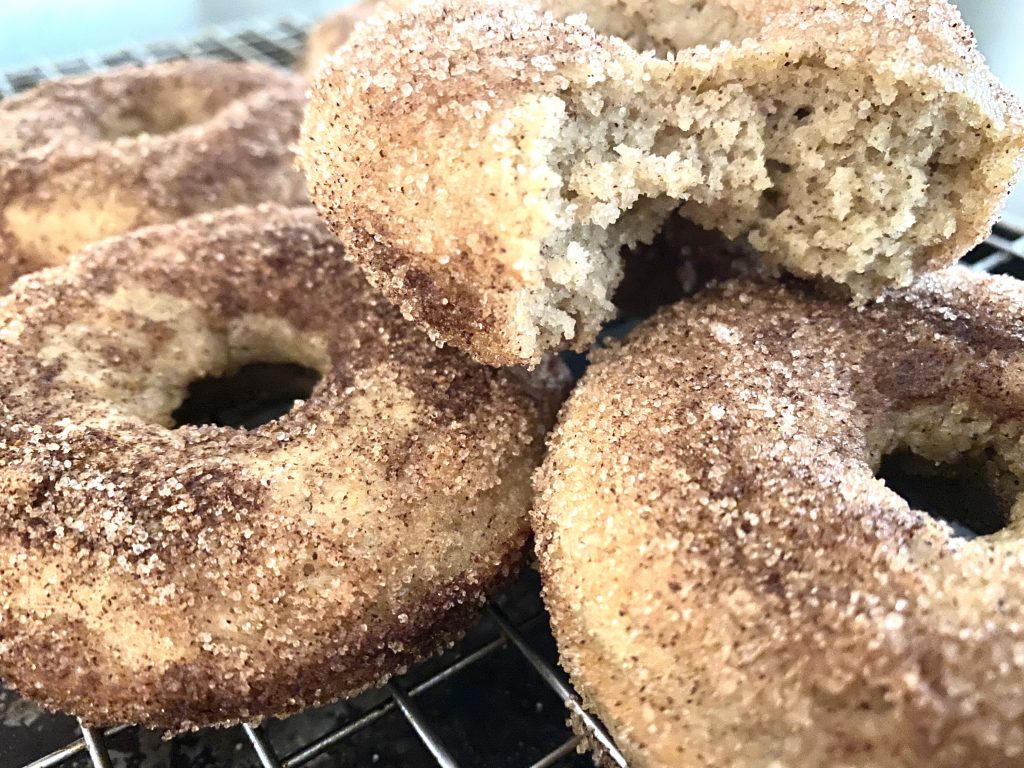 I’ve shared recipes for Apple Cider Donuts before, as when we lived in Virginia these were a fall staple. I’ve still never tasted any as good as the ones all the orchards had there and I can still taste them. And I still miss them.

One of the things I’ve figured out that is key to sticking to any eating plan is trying to find acceptable substitutes for the fat or carby things you really love so that you feel less deprived. So far I am hit or miss on that.

I quickly discovered that almost every baked good in the low-carb universe involves almond flour. Not. A. Fan.

Almond flour is very sandy in texture, and it doesn’t lose that when you bake with it.

I think the only sweets that should be made with almond flour are things that are originally and intentionally made with it. I can only think of two, and those are macarons and financiers. Both French and both delicious.

All this other stuff using almond flour with abandon? Not so much.

But I really did want to try to make some Apple Cider Donuts that I could eat that were low-carb. I looked through a lot of recipes and finally found one I thought sounded palatable. You can find it here.

These donuts are baked and have 2g of net carbs. Way better stats than a traditional Apple Cider Donut.

This recipe used almond flour, Swerve for the sweetener, and traditional fall spices like nutmeg, cinnamon, and allspice.

Those of you who eat low-carb may be wondering about the whole apple thing because apples, like nearly all fruits, are DEFINITELY not low-carb.

This recipe does not use apples at all. Instead, it uses a concentrated liquid apple flavoring.

You will probably already have many of the dry ingredients on hand. 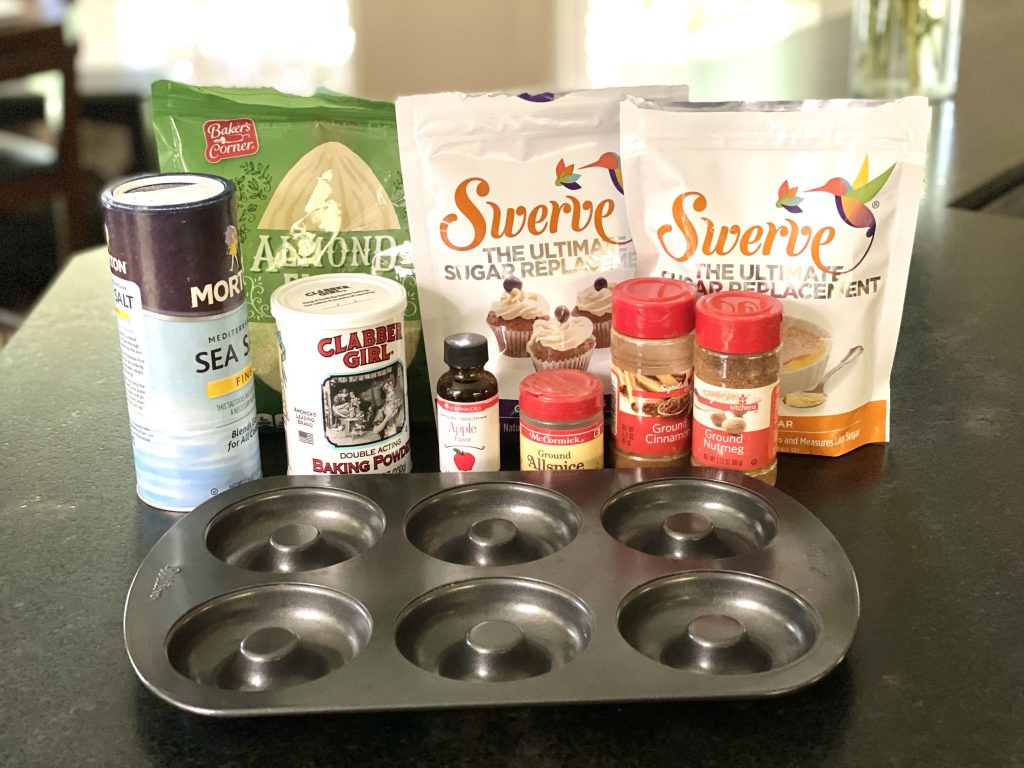 Swerve products are readily available in most grocery stores or online.

Donut pans are easy to find as well. I know lots of people love silicon baking pans but I do not. I prefer good sturdy metal baking pans. But you can you whichever you prefer.

So to make these donuts you mix all of the dry ingredients together. 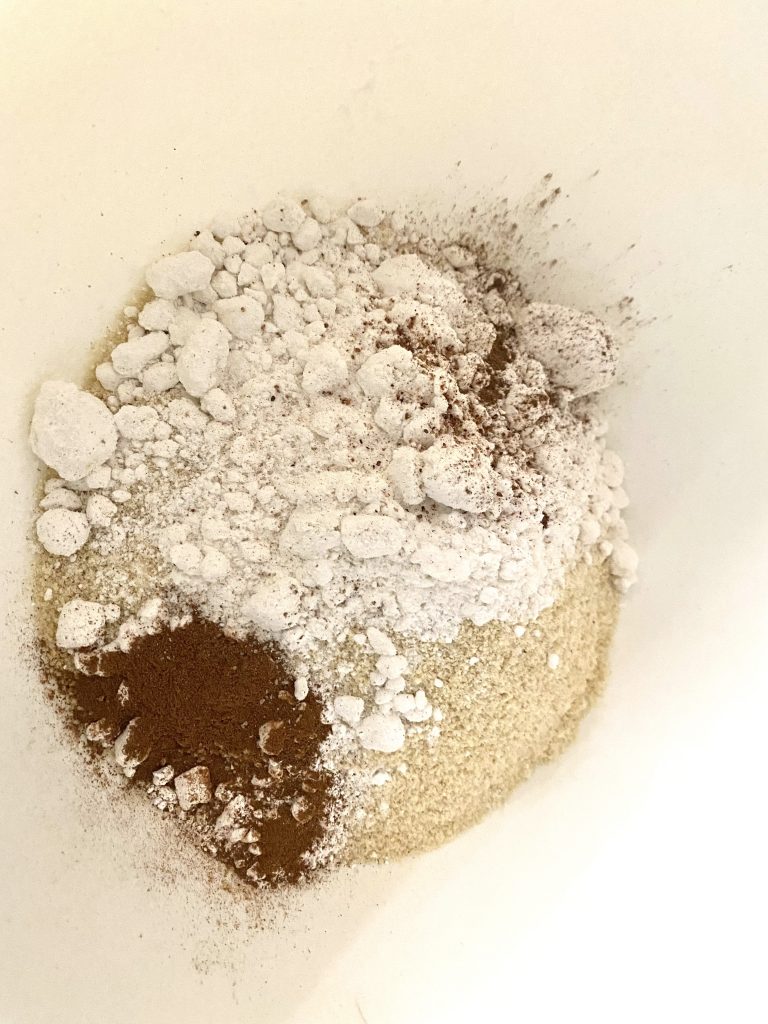 In a separate bowl, mix the wet ingredients. 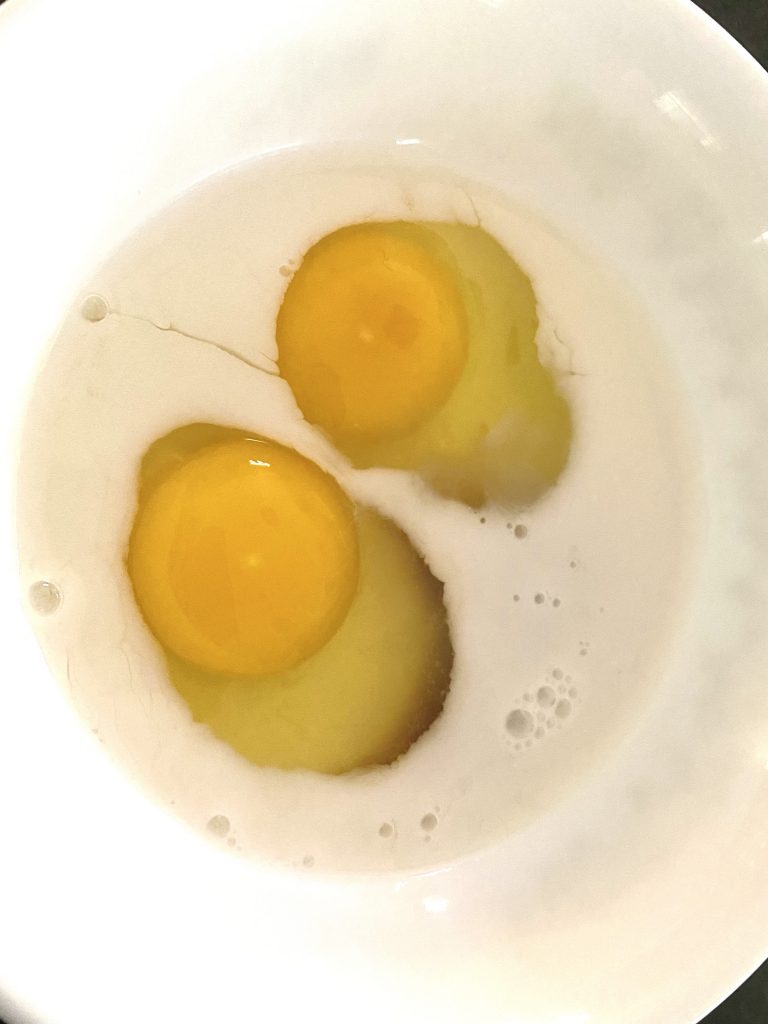 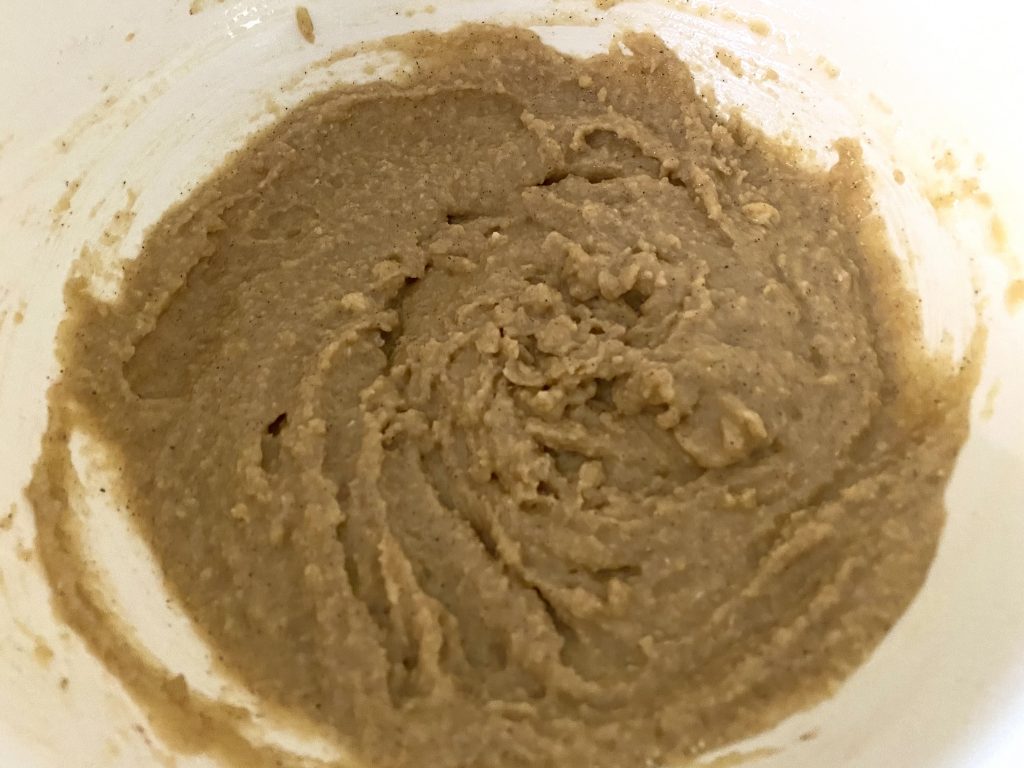 You spray your baking pan with nonstick cooking spray and fill the pan with the mixture. 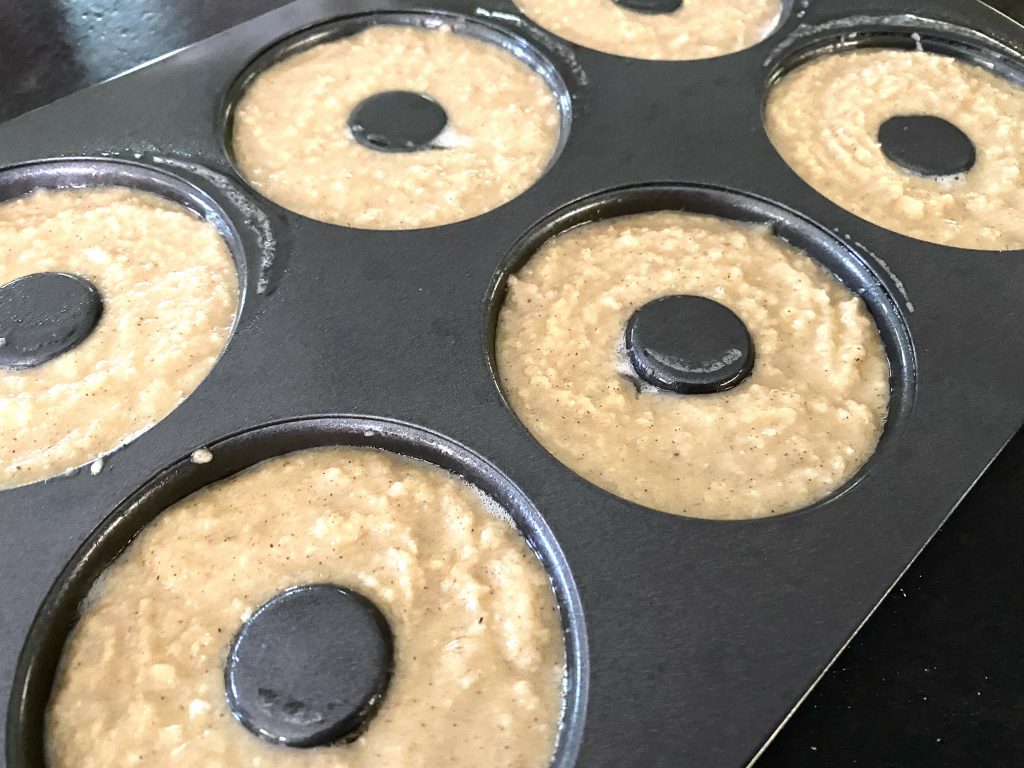 While the donuts are baking in the oven, you can put together the topping. They bake for 12 to 15 minutes.

The topping consists of more Swerve, cinnamon, allspice, and nutmeg. 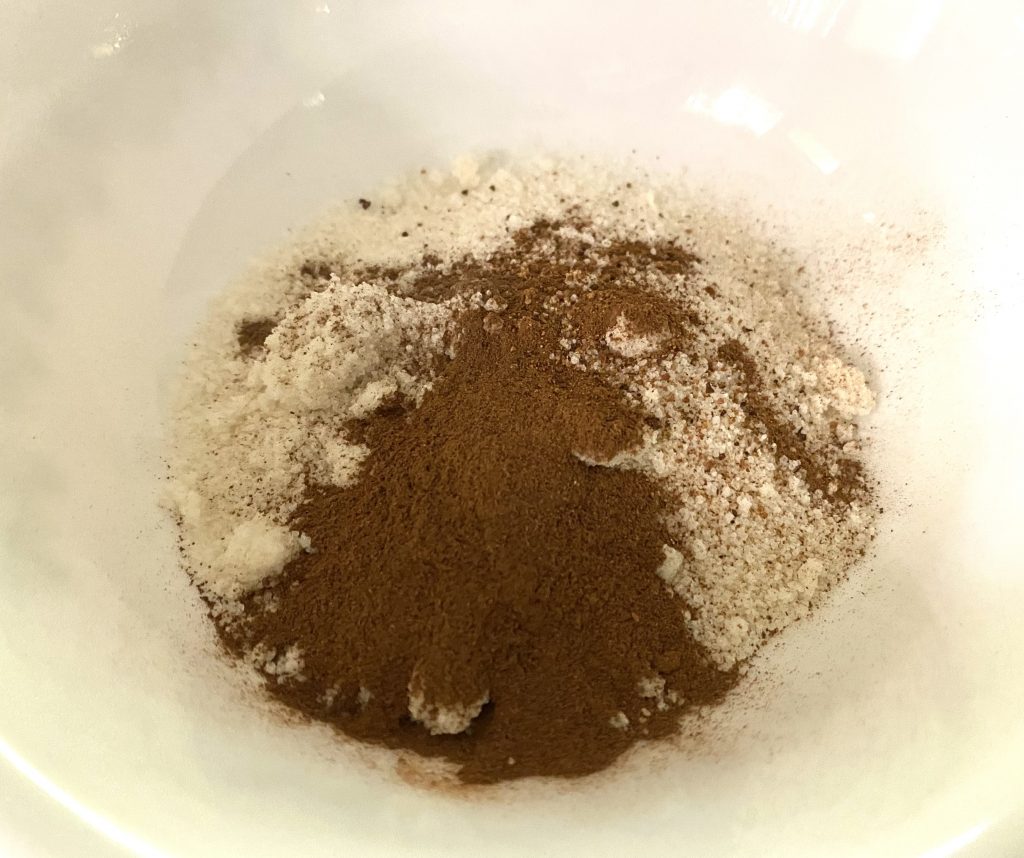 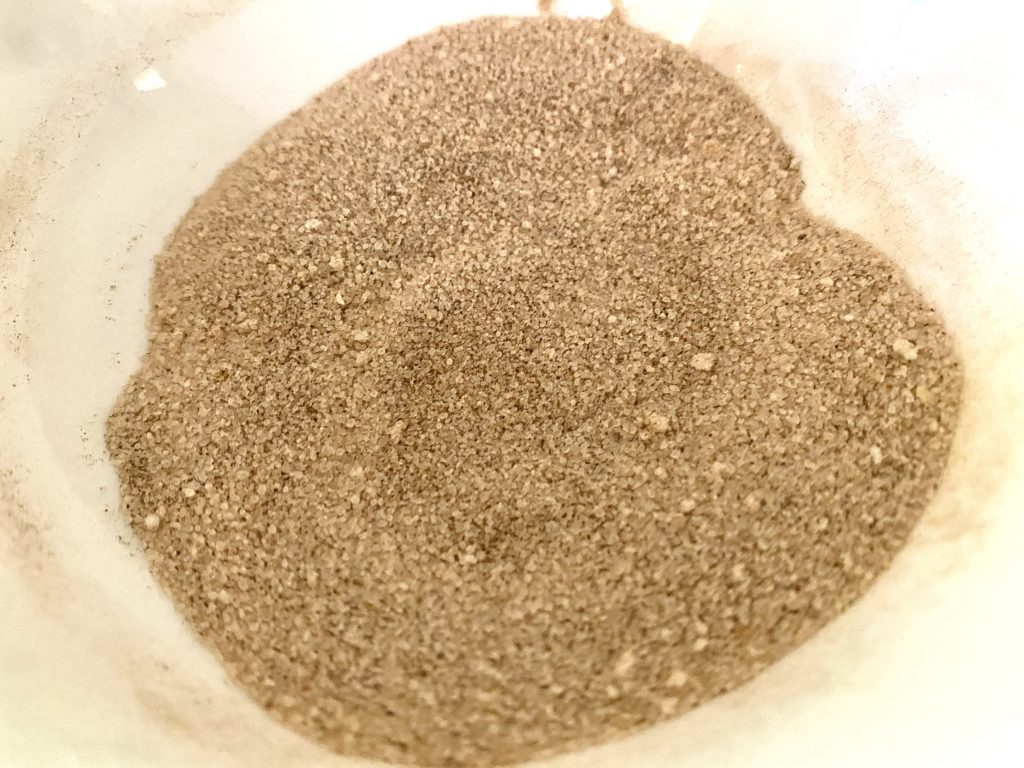 Allow the baked donuts to cool before dipping them into the topping. 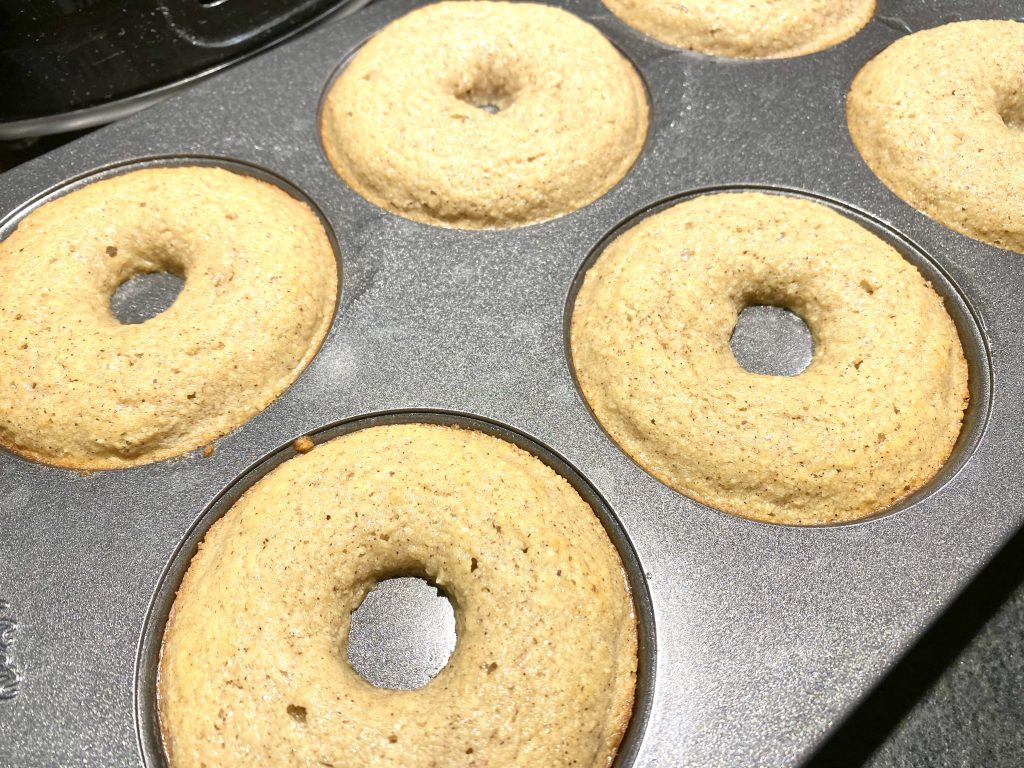 Once the donuts have baked and cooled, you spray each one with a butter-flavored cooking spray then dip them into the topping.

I sprayed each side one at a time, as well as the sides, then dipped and rolled the donuts into the topping.

These baked up really nicely and the topping adhered very well using the baking spray. 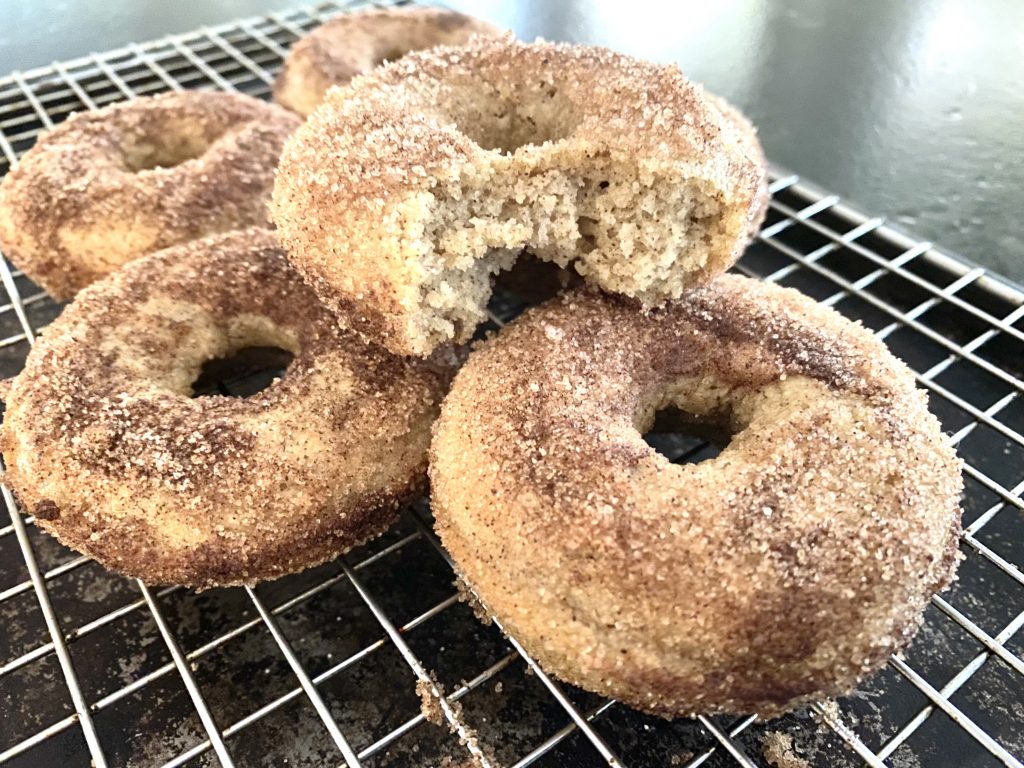 So how do they taste?

I must say these are not exactly like the traditional Apple Cider Donuts. The texture is a bit different. The flavor is very good and I will say these are by far the best things I have baked using almond flour. Hands down.

But. I think the Swerve is a problem. Swerve, along with some other sugar substitutes, contains erythritol, which has a “cooling effect.”

If you haven’t tried it, it is hard to describe. It’s kind of like eating your baked good with a Mentos also in your mouth. If I wanted that, I would DO that. 🙂

I don’t care for it at all. I’ve noticed it in other low-carb baked goods, even store-bought ones.

My husband said it didn’t really bother him with these donuts, but it did bother me. Which is a shame, because the flavor and texture of these donuts are not bad at all.

I may try making them again using a different sweetener like monk fruit or some other that doesn’t contain erythritol. Because as far as stuff baked using almond flour, these donuts are some of the better things I have made. I’m not quite ready to give up on them just yet.

I’ve also read that adding a few drops of liquid Stevia can help minimize the cooling effect of erythritol. So I may also try that.

So if you are following a low-carb eating plan and missing your baked goods, definitely give these donuts a try. Just be aware of the effect that erythritol has on them and proceed accordingly.

Also, note that the recipe I used only makes 6 donuts, so if you like them you’ll need to make multiple batches! 🙂

Have you made any really delicious low-carb baked treats lately? If so, I’d LOVE to hear about them. Please share in the comment section. 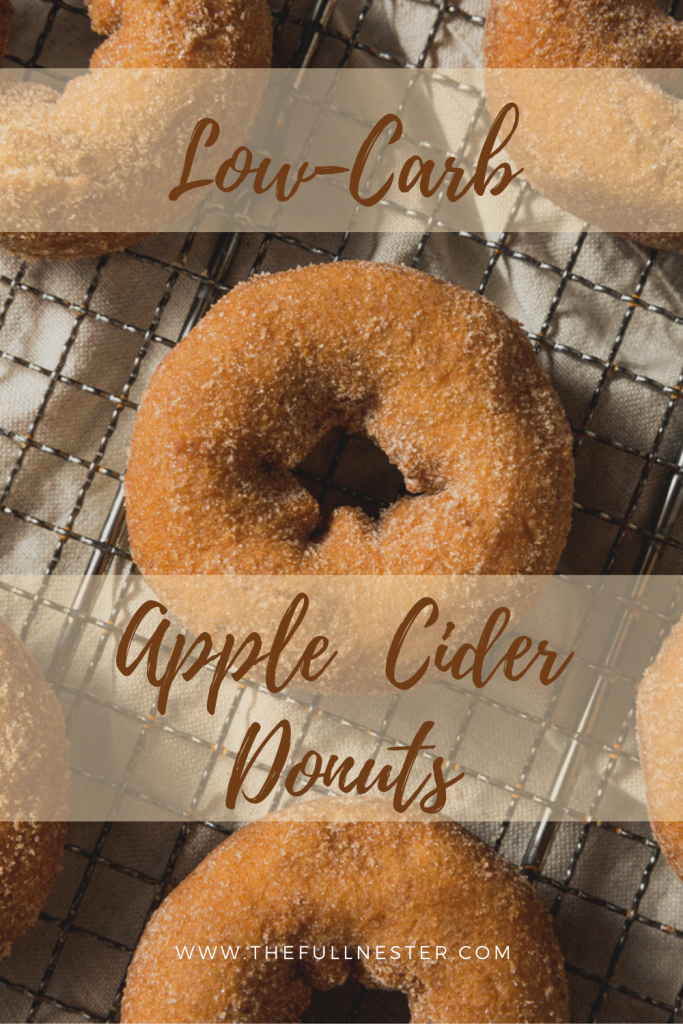