How Amazing is Ukraine? 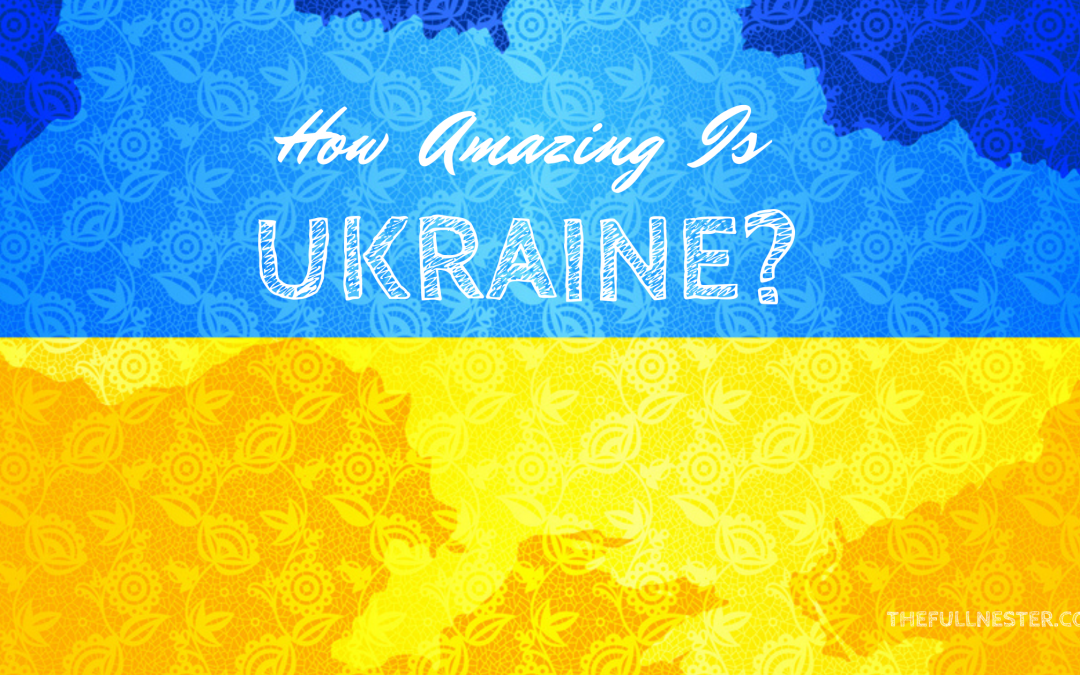 So there we were, just watching “A Million Little Things” last week when the show was interrupted by a breaking news bulletin. A very concerned-looking David Muir came on to announce that Russia had invaded Ukraine. 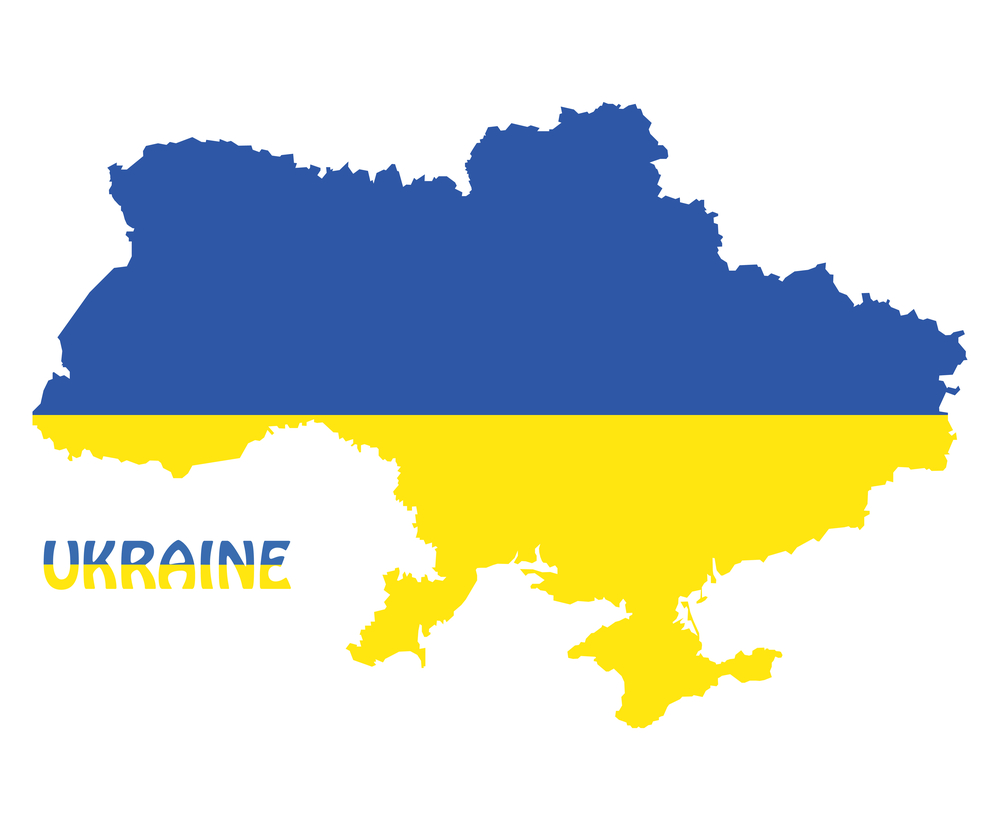 We watched as nervous reporters wearing vests and helmets began telling us what was happening. We could hear explosions in the background.

Since then, I have been captivated by this story and inspired by the amazing leaders and citizens of Ukraine as they fight to fend off a bully invading their sovereign nation in an unprovoked attack.

I have to say that prior to this situation I didn’t really devote much thought to Ukraine. I didn’t really have any opinions about the country or its people. I do know that Maks Chmerkovskiy from Dancing With the Stars is Ukrainian. 🙂 That was about the extent of my knowledge.

I was aware this situation was developing and had no doubt it would eventually escalate. I strongly and correctly believed that the moment the Olympics were over, Putin would invade Ukraine.

I doubted that even he was reckless enough to do it during the Olympics, though there have been acts of terrorism and violence in the Olympic Games in the past.

So sure enough, he moved in to invade Ukraine. I have tried to learn about why he would possibly do this but the only thing I see is a power-hungry dictator invading a country to enlarge his empire in an attempt to return Russia to its former Soviet Union status.

I well remember the Russia of old. I came of age during the Cold War, and remember when Russia was still called the USSR with their hammer and sickle imagery and they were the frightening bad guys of the world.

I remember when Ronald Reagan ordered then leader of the Soviet Union Mikhail Gorbachev to “tear down this wall” and the jubilation that ensued when that finally happened, ending a separation of East and West Germany that had existed for decades.

So to see this type of behavior coming from Russia yet again is very concerning to me. Russia certainly hasn’t behaved itself over the years, but it’s been a while since we’ve seen this type of unprovoked attack in Europe.

And to those who don’t quite grasp the enormity of this situation, this feels very much like how Adolph Hitler began his power grab. You start with one. If that works, you move on to the next. And the next. It cannot be allowed to continue.

It took no time at all to begin hearing stories about the resilience and determination of the people of Ukraine. It started with the Ukrainian soldiers stationed on Snake Island, an island situated in the Black Sea, south of Ukraine’s mainland. 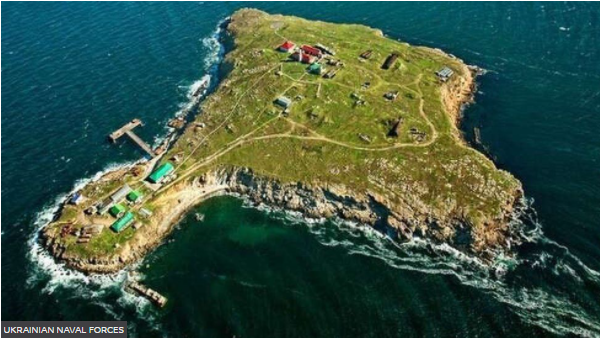 On the first day of the invasion, a Russian warship approached the island and ordered the soldiers stationed there to surrender. The soldiers promptly informed the warship to “go f*** yourself.” I’m not normally a fan of that type of language but in this case, I am in full support. 🙂

I think this first encounter gave us just a taste of what was to come from the Ukrainian people. They will not be going quietly. 🙂

The Ukrainian people began showing the world what they are made of. An 80-year-old citizen showed up with his little suitcase packed with t-shirts, pants, his toothbrush, and some sandwiches and told a group of Ukrainian soldiers he was there to fight. He was doing it for his grandchildren. 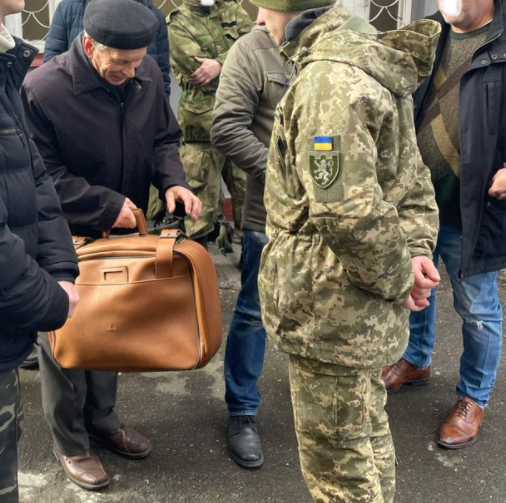 As one commenter on social media said, “Heroes are everywhere and every age.” Amen to that.

I also saw a video of a Ukrainian lady who walked up to Russian soldiers and asked them why they were in her country. She then called them fascists and offered them sunflower seeds so that at least flowers would grow where their bodies fell. Wow.

There was the young man named Vitaliy Volodymyrovych Skakun who was an engineer for a battalion of Marines on the Crimean isthmus, where Russian tanks and military forces began to advance into Ukraine. 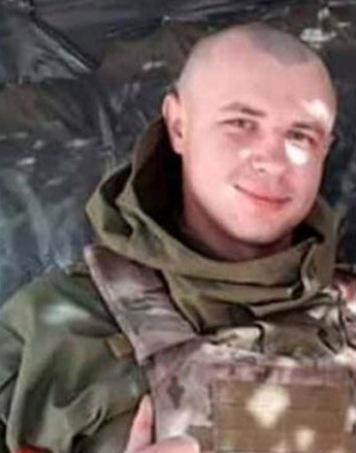 The Marines decided to blow up the Genichesky Bridge to hinder the invasion. Skakun volunteered and placed mines on the bridge, losing his life in the explosion. Skakun’s death allowed the rest of the soldiers to prepare for the oncoming Russians and saved the Ukrainian military time and ammunition.

Then there is the Mayor of Kyiv. Vitali Klitschko. 6’7″ tall, 247 pounds, and a former boxer. He suited up and joined the fight to protect his city. 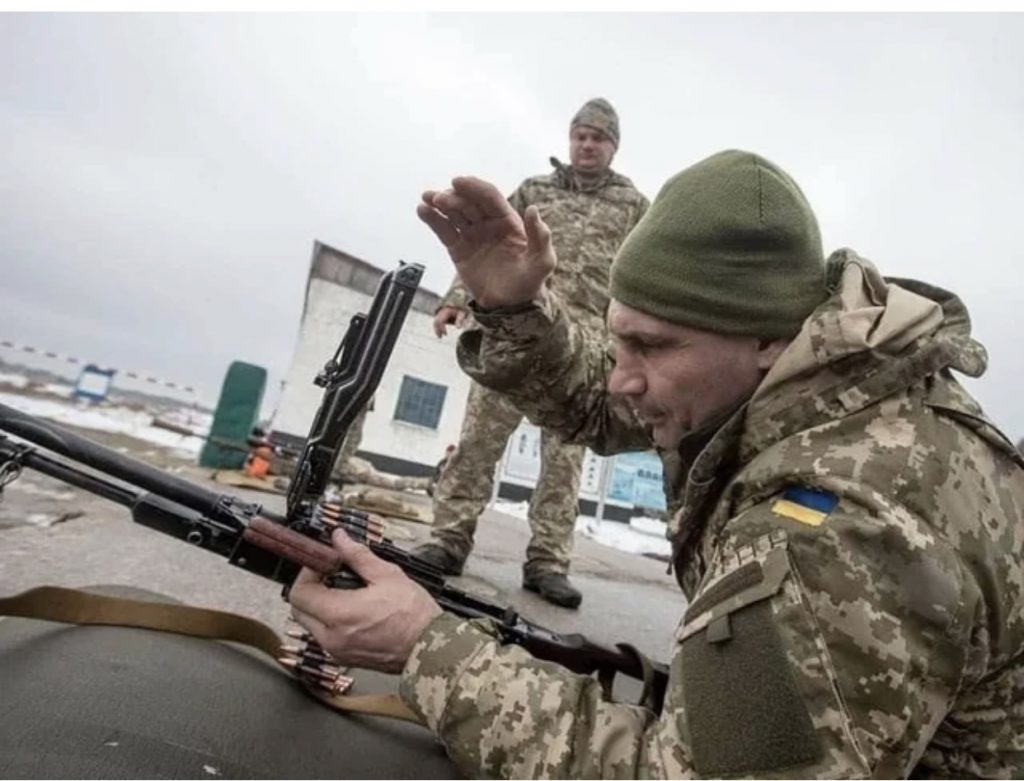 And most amazing of all, the President of Ukraine, Volodymyr Zelenskyy. I can’t tell you how much I admire this guy.

He is a former comedian and actor who was on a TV show called Servant of the People where he played a guy who was the President of Ukraine. Talk about life imitating art.

He actually ran for President of Ukraine and was elected with 73% of the vote.

This would be akin to Julia Louis-Dreyfus being elected as the ACTUAL Vice President of the United States. 🙂

When this invasion started, this guy gets on a video call with leaders of the EU, announcing he intends to fight and that this might be the last time they see him alive.

He suited up and joined his people. 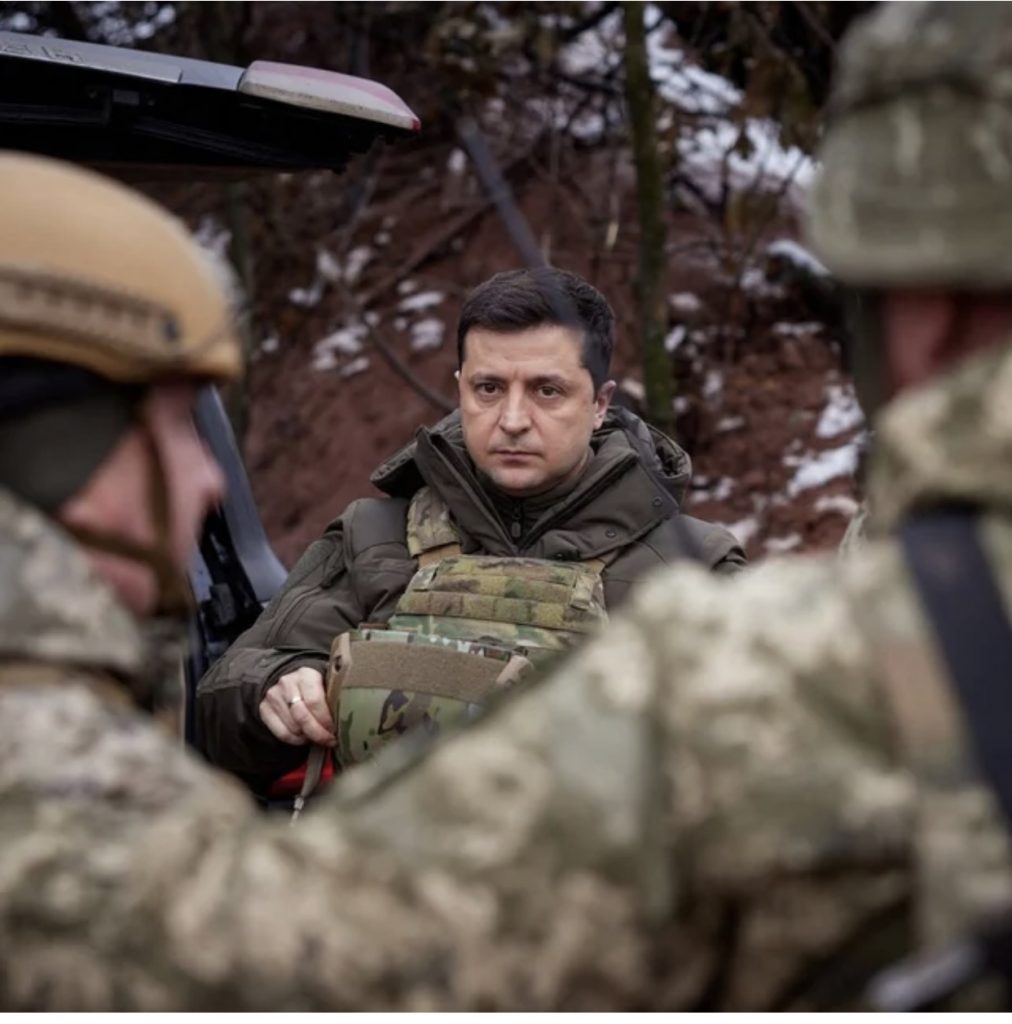 As the conflict escalated, he reached out to the world for help. I find it shameful that the first thing our State Department offered him was safe passage out of the country.

His answer? “I need ammunition. Not a ride.” 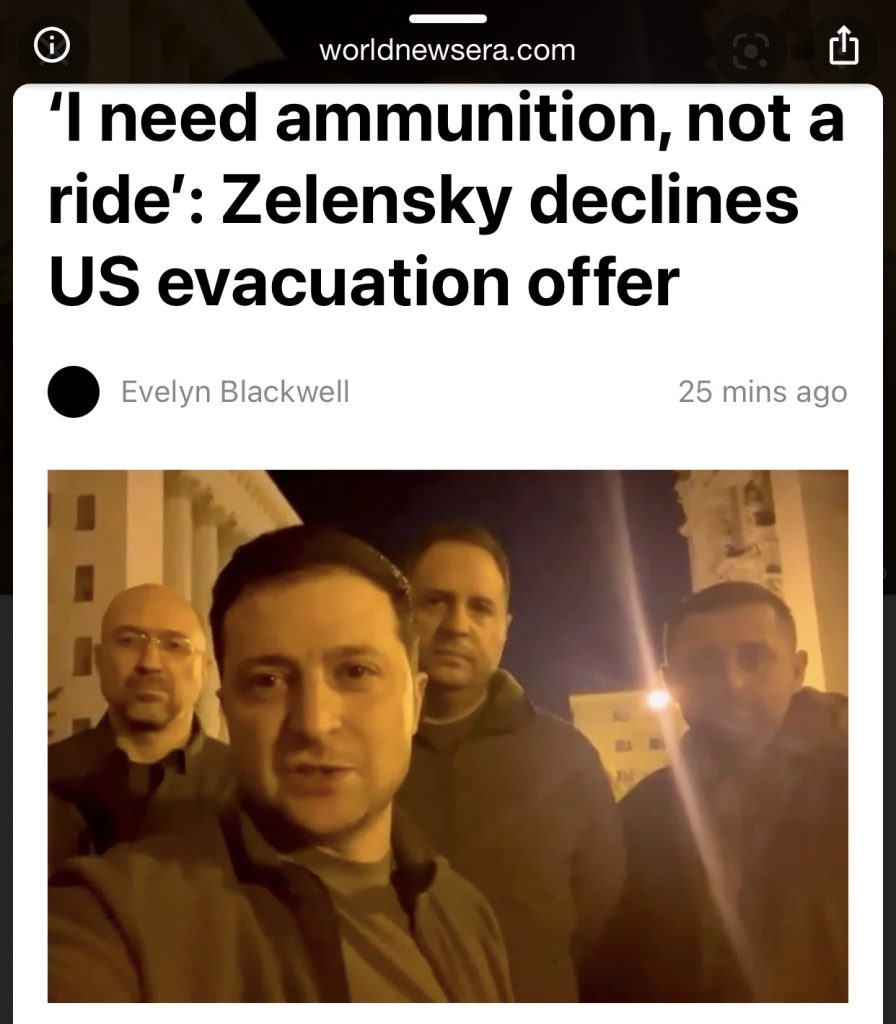 This is a guy whose previous resume includes winning the Ukraine version of Dancing With the Stars and providing the voice of Paddington the bear in the Ukrainian version of the movie. 🙂

We’ve had politicians in our country who come from the entertainment industry, with mixed results. 🙂 So this is not unheard of. But this man has shown remarkable courage and leadership in the face of an enormous threat.

I know it is not my place to suggest sending other people’s family members into active combat. However, I have been very surprised and disappointed at the response from the rest of the world with regard to assistance to Ukraine.

I mean, the first organization to take a stand against Russia was Eurovision. EUROVISION. That crazy weird music event that captivates Europe every year. 🙂 They promptly kicked Russia out of the competition. I told my daughter that may be the move that turns the tide on this thing. 🙂

FIFA has now banned Russia from the World Cup.

There has been a lot of talk of sanctions against Russia. Jimmy Fallon joked last week in his best Putin voice, “We have two hours of daylight a day and eat potatoes for every meal. What can you take from us?” 🙂

This is funny, but it does make you think. I worry that many of the sanctions suggested to punish Russia will be most detrimental to the Russian people rather than the government itself.

I hope that is not the case because it appears the Russian people are not all in favor of this invasion. I admire their citizens who have protested in Moscow against it. I don’t get the impression that people in Russia are as free to safely protest things as we are in this country, so I applaud their courage.

I have long believed that it is governments, not people, that start and perpetuate wars. There are always some crazies who want a war, but most people everywhere just want to live safe and peaceful lives.

It does appear that many countries are beginning to step it up. Germany changed course this weekend and agreed to send anti-tank weapons and missiles to Ukraine. Additionally, Estonia and the Netherlands received permission from the German government to transfer German-made weapons to Ukraine, whereas previously such permission had been denied.

Germany has long had a policy of not sending or selling weapons to conflict areas, so this is good to see them reverse their stance on this.

Even historically neutral Switzerland has agreed to adopt EU sanctions against Russia.

It can be frustrating to watch when there is conflict or a disaster somewhere in the world. We can sometimes feel helpless. I always follow Mr. Rogers’s advice to “look for the helpers.” 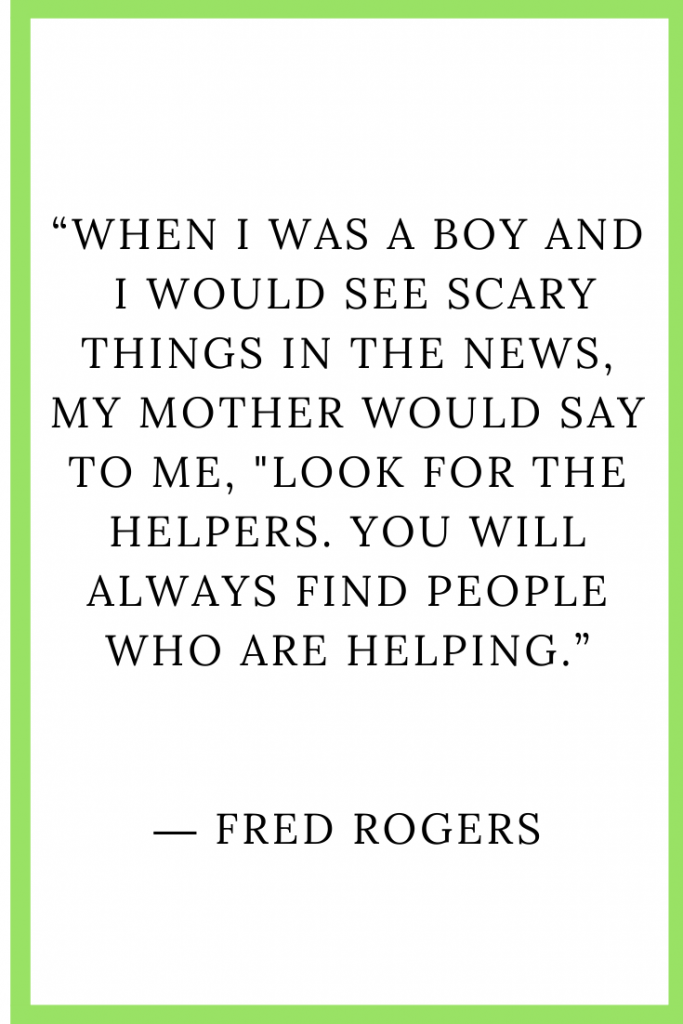 They are always there. I have been so encouraged as I watch Elon Musk step up and provide satellite broadband service for Ukraine, guaranteeing access to the internet as Russia has tried to disrupt that service.

And Airbnb has arranged to house 100,000 Ukrainian refugees for the short-term at no charge to property owners. They are working in Germany, Hungary, Poland, and Romania to provide assistance.

The famous chef José Andrés is on the ground in Poland providing meals to refugees and anyone in need. He always shows up to help in times of need and recently received a $100 million grant from Jeff Bezos’s foundation for his humanitarian work. Sounds like he’s putting it to good use.

Bethany Frankel of Real Housewives of New York City fame is also a philanthropist. I have to admire her efforts in disasters and crises. She is sending $10 million in aid to help in Ukraine and has set up a welcome station at the Polish border to help people fleeing to safety. Her organization has also provided 100,000 hygiene and survival kits and sleeping bags.

People here in Texas where I live are protesting at the Russian Embassy here, as they are in many places around the country.

I saw a local liquor store owner on the news tonight who has removed all Russian vodka from his shelves and posted a notice on the shelves indicating he stands with Ukraine. I love this. You do what you can do. He said the loss in revenue is not as important to him as taking a stand.

The customers seem to love it. As my daughter said, “There’s plenty of good vodka. Doesn’t have to come from Russia.” 🙂

So if you feel frustrated by this situation, look for ways you can help with what you have or know how to do.

Here is a link from the Washington Post with a list of organizations to which you can give. Be sure to scroll through the comments as well. Commenters have suggested additional ways to help.

It is my sincere hope that the world comes together to support Ukraine to drive Putin and his invading army out and back to Russia. I think Putin thought this would be a little bit easier.

I think he underestimated the tenacity of a people who value their freedom and will not surrender it without a fierce fight. And a leader who used to be the voice of a teddy bear.

My money is on Paddington. 🙂 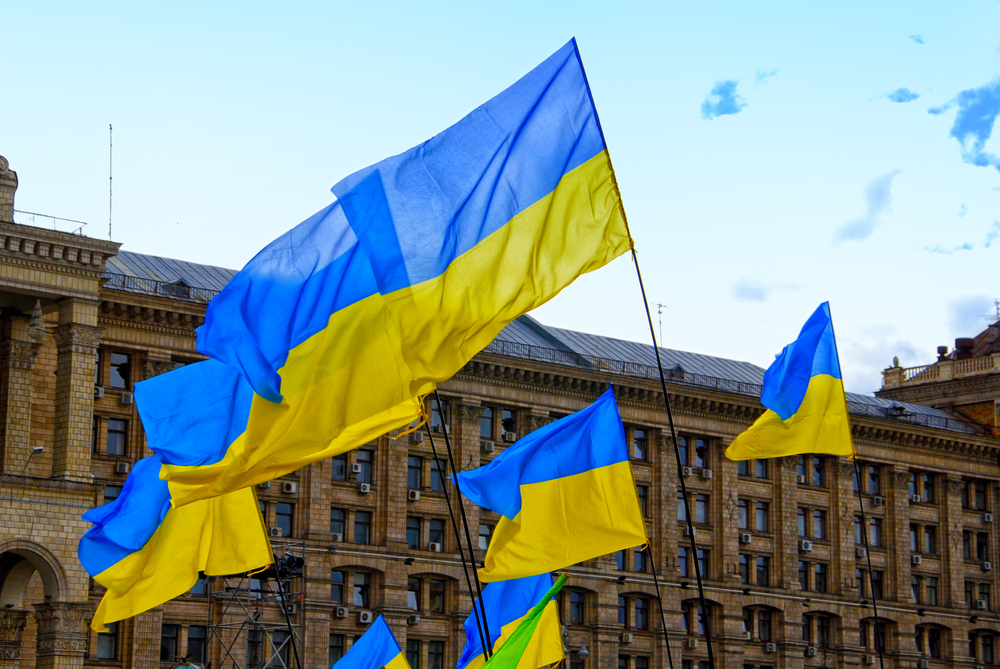 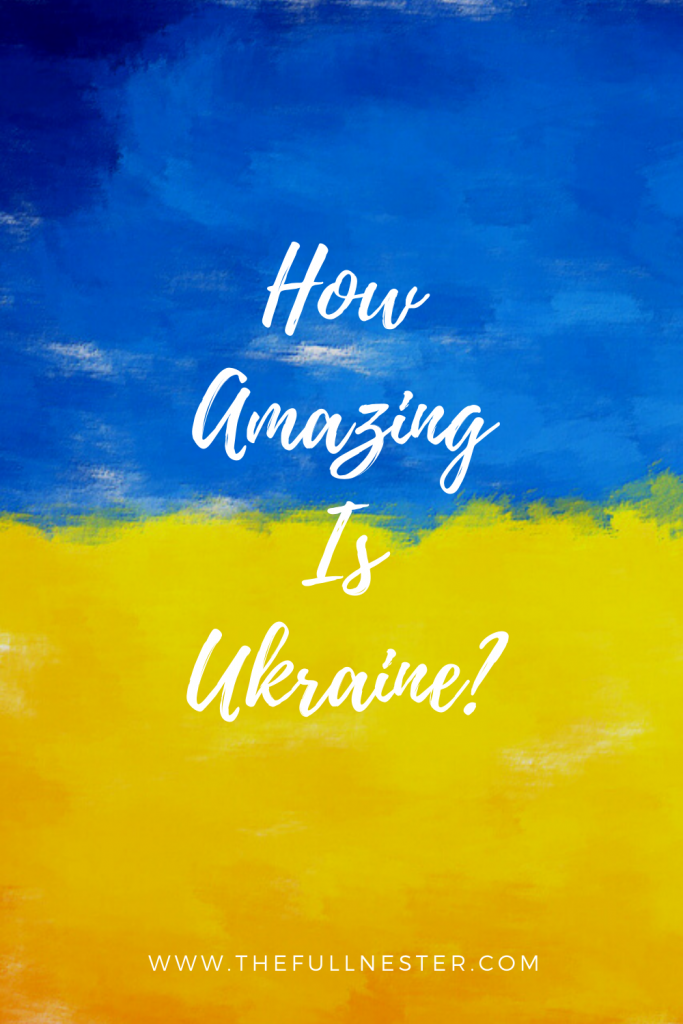