Have You Tried Nitro Pepsi? 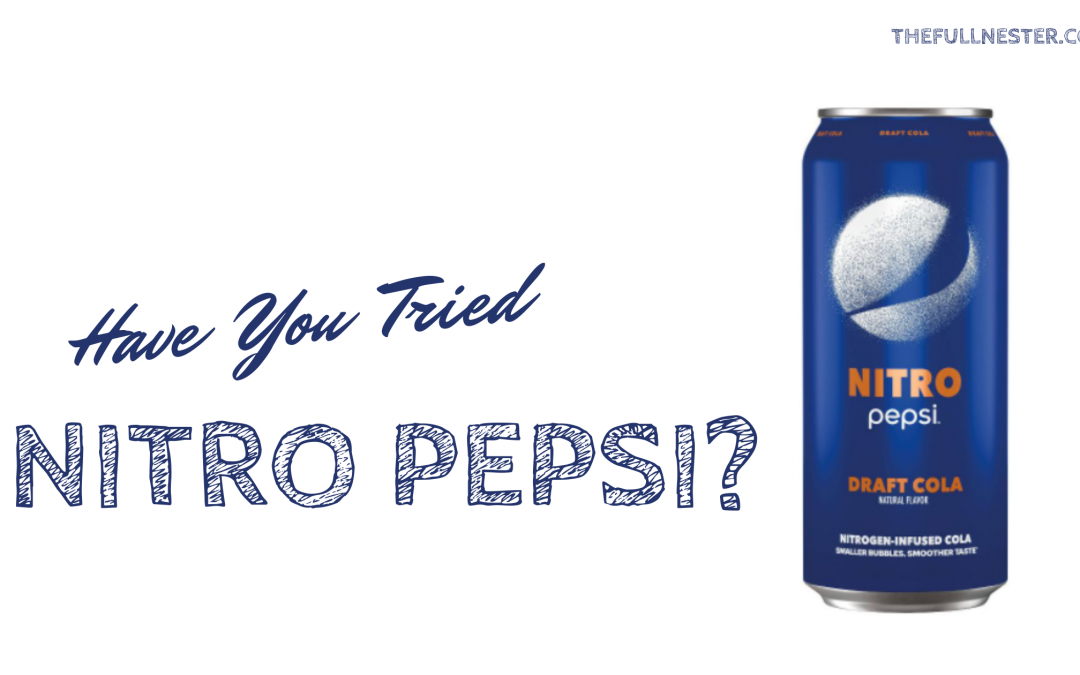 The Coke vs. Pepsi rivalry will never be resolved. Everyone has their own preference. Some swear by Coke products, others prefer Pepsi products. The two companies will never quit trying to one-up each other with new products.

The latest entry is Nitro Pepsi. Have you tried it?

I am a Pepsi fan. I and my college roommates were Diet Pepsi drinkers way back in the day. One of my roommates seemingly subsisted solely on “DP and cheese balls.” You know, those crunchy cheesy balls that come in big plastic containers? That was her go-to. 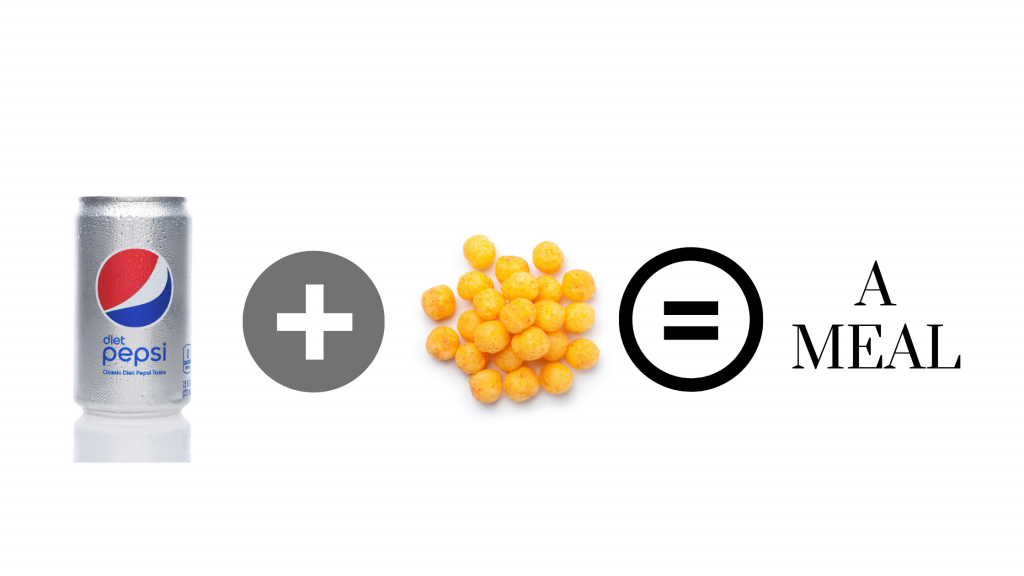 Ah, who doesn’t long for the days when we could make choices like that and still keep our girlish figures? 🙂

So when Nitro Pepsi recently appeared, I was intrigued. According to Pepsi’s website, it is the first nitrogen-infused cola drink and is more than a drink, but also an experience.

Pepsi boasts a unique “widget technology” at the bottom of every can that causes a foam, and smooth and creamy texture.

I had a little trouble finding Nitro Pepsi in stores. Most were sold out so it seems many people are anxious to try it. I did finally find it at a local Kroger. So if you want to try it and can’t find it, keep looking. Or you can order it online. 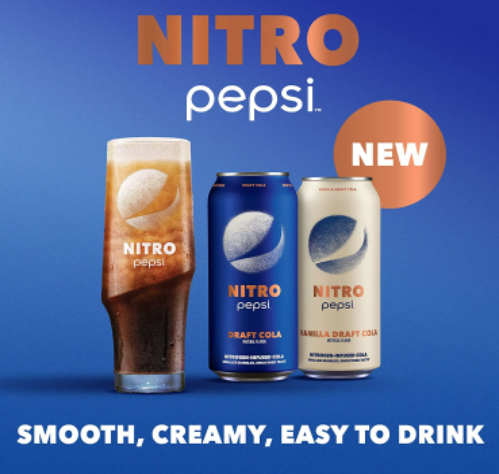 There are directions included when drinking Nitro Pepsi. You’re instructed not to shake the can before opening it. You wouldn’t want to do that with any carbonated drink, but I guess especially not one that is nitrogen-infused. 🙂 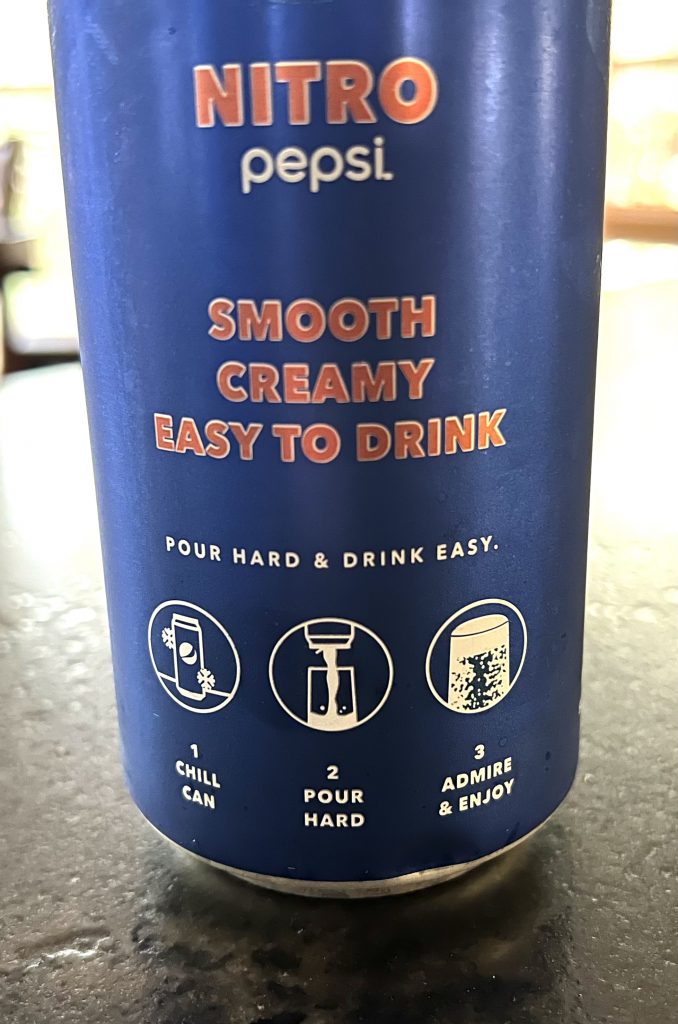 You open the can and listen for the nitrogen bubbles. I don’t know what nitrogen bubbles sound like, but opening this can of Nitro Pepsi did sound different from opening a regular soft drink.

It made an additional “sigh” similar to what you hear when opening champagne.

Then you are instructed to do a “hard pour” with the drink. In other words, you may be tempted to pour it like a traditional soft drink by perhaps tilting the can and the glass to keep the carbonation in control.

By a “hard pour,” the can says to turn it straight up and down and pour straight into the glass. That is what creates the nitrogen foam. 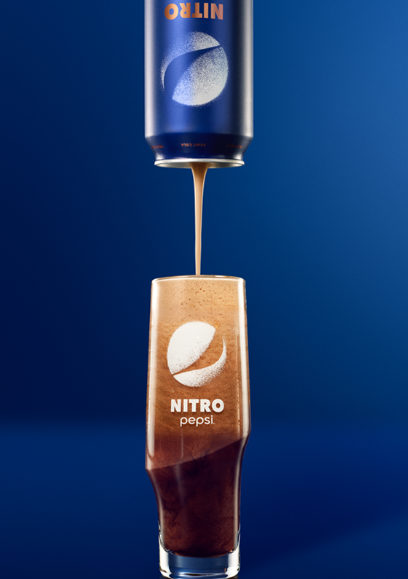 I didn’t quite get it straight up and down when I started pouring, but the foam was still nice and creamy looking.

Then you just enjoy!

I’ve heard this drink described as similar to a Guinness beer as far as the foamy top goes. I think naming it Nitro Pepsi Draft is intended to make that association between cola and beer. Kinda genius. 🙂

As I understand it, nitrogen is far less soluble in water than carbon dioxide, which is what you find in regular carbonated soft drinks.

Because of this, you need to pour the drink into your glass immediately after opening or the foaming will be less impressive. The nitrogen is also what makes it a foamy texture as opposed to fizzy with traditional carbonated drinks.

Now for the taste. I’m not completely the best person to judge this because I don’t drink regular Pepsi. I only drink Diet Pepsi. But I have tasted regular Pepsi and this Nitro Pepsi tasted a little bit like a “flatter” Pepsi and I found it to be VERY sweet.

This might make some sense because as I understand it, the appeal of “nitro” drinks is that they are less acidic. That is why it is a popular choice with coffee. Not as much sweetener is needed because a drink infused with nitrogen is less acidic and therefore sweeter on its own. With a soft drink, this might be too much. 🙂

I only tasted a few sips of this Nitro Pepsi to try it because this thing comes in at a whopping 64 (!) carbs from sugar.

As I have mentioned, I am following a low-carb lifestyle and this drink would account for a full day and a half of my total carb allotment and there is no way I would relinquish a day and a half’s worth of carbs to one drink. I don’t care how trendy it is. 🙂

If you are struggling to lose weight and drink regular sugared soft drinks, you may want to consider dropping those from your day. You would be amazed how much sugar you are consuming just from that one habit alone and you might start to see how big a difference switching that one thing out can make.

In addition to the taste, one thing I noticed was that the foam dissipated fairly quickly but did leave a bit of residual foam at the top of the drink as you might get with a dark beer. 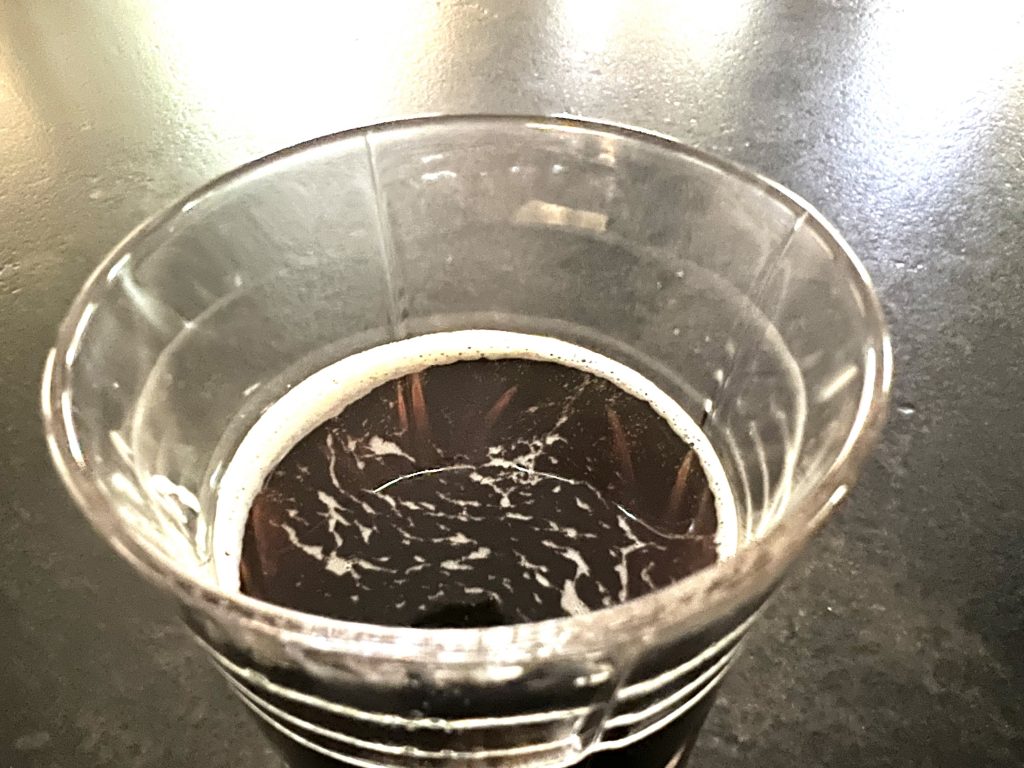 I really wanted to have this drink over ice but I didn’t want to interfere with the “experience” I was supposed to be having with this whole foam thing. 🙂 So I might have enjoyed this more if it was ice-cold. It was cold from being in the refrigerator but I have to have my ice.

One thing I did notice was how heavy the empty can was once I had poured the drink into the glass. It was weird because I think we all kind of know how much an empty aluminum can “weighs” in our hands.

I took a peek inside the empty can and I could see some little something in the bottom of the can, which I assume is this “widget” that Pepsi boasts that makes the whole nitrogen thing happen.

My final verdict on Nitro Pepsi is that it is definitely different. The sound the can makes when you open it is definitely fun. Kind of a “whooshing” sound. And if you do the hard pour correctly, the foam is certainly creamy as opposed to fizzy. The taste is very sweet.

I don’t know if it’s possible to make a diet version of this drink but I’d certainly try it if Nitro Diet Pepsi makes an appearance. 🙂

All of the recipes sound yummy.

So if you’ve been as intrigued as I was by Nitro Pepsi, I hope you’ll give it a try and share what you think! 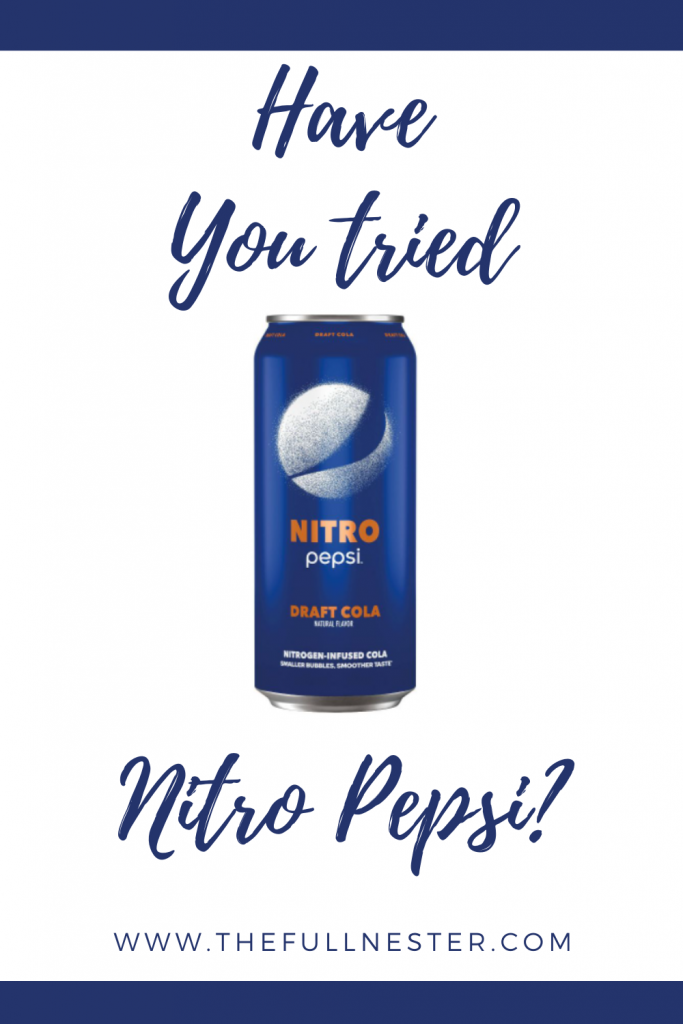