A couple of years ago I wrote a blog post about apple cider donuts. I can’t tell you how much I love these things.

The only other flavor that defines fall besides pumpkin is APPLES. I love apples, and stuff made with apples, especially Honey Crisp apples. But the one thing made with apples that reigns supreme is apple cider donuts. If you have never tried them, you are missing something amazing. Food of the gods. Seriously. 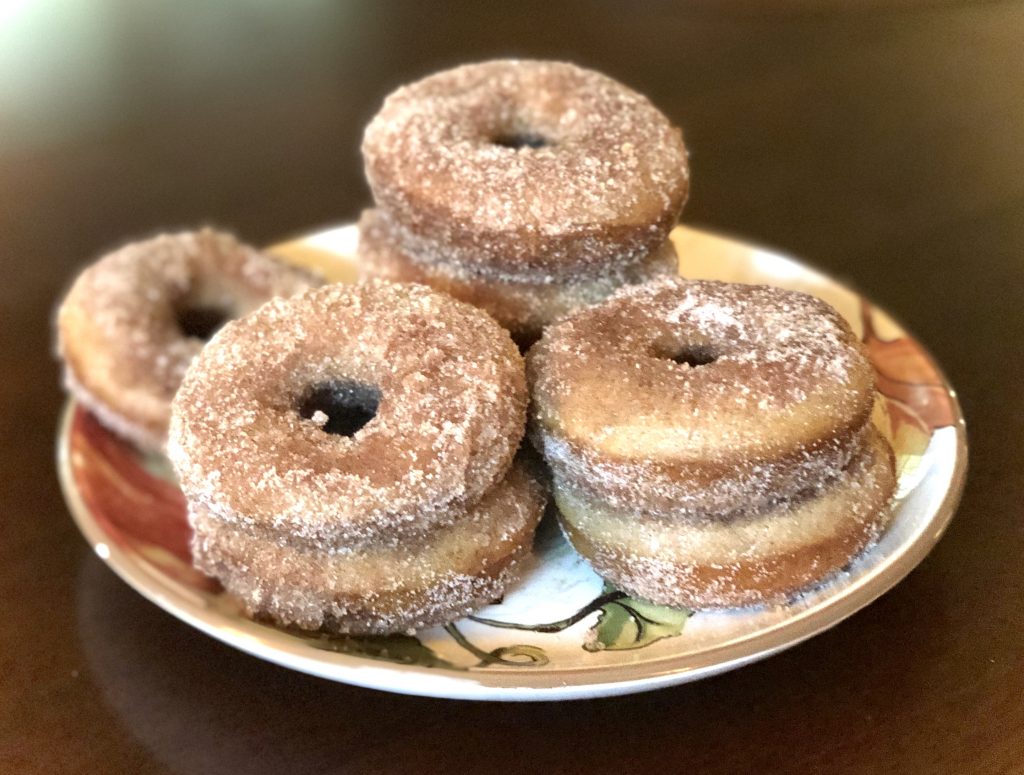 We had the extreme good fortune to live in Northern Virginia for a few years and that is full-on apple orchard and vineyard country. You could not swing a cat without hitting an orchard or small winery. It was heaven. Where we lived, there were several pick-your-own orchards within a few miles’ drive.

Most of these orchards have gotten smart and also have a bakery where they sell all kinds of baked goods, but come fall, no one cares about anything other than those apple cider donuts. There are long lines at the bakery counter and the poor bakers are making the donuts as fast as they can.

They bring out a tray of them and they are gone in seconds. Occasionally there is that uncultured soul who buys up the whole tray the minute they come out, leaving none for the rest of us. Not cool. Don’t ever take the last one of anything without asking.

That’s just a rule for life, but never more true than when trying to contain mobs of hungry apple cider donut lovers. 🙂

These donuts are legendary and once you’ve had one, the taste never quite leaves you. Every time we had people visit in the fall, we would take them apple picking and then head to the bakery for some donuts. They still talk about them. They still crave them. So do we. We haven’t found any place in Texas that does apple cider donuts. (If I’m wrong about this and you know of a place, please share!)

Recently one of my girlfriends was talking about making BAKED apple cider donuts. Normally I prefer donuts made the good gross way in oil, 🙂 but I decided to give this baking thing a try. I love to bake, I love donuts, so why not?

So I started hunting for a recipe to try and settled on this one. It involves reducing apple cider to create an intense apple flavor. Then mixing that into wet and dry ingredients and filling a donut pan, then baking.

It also uses apple pie spice, which I had not used before. I didn’t know if it would be hard to find, but I found it easily at my local grocery store.

I like my Wilton donut pan for baking donuts. They are easy to fill and clean.

You will probably want to get two. Most recipes make at least a dozen, and these pans only make six donuts at a time. I only have one pan and that means I have to wait just that much longer for all of the donuts to be ready. 🙂 This recipe made 15 donuts for me, so two pans would have shortened the time involved.

As I said, these pans are easy to fill. You can put your batter in a plastic baggie and clip the tip off and use it as a piping bag. 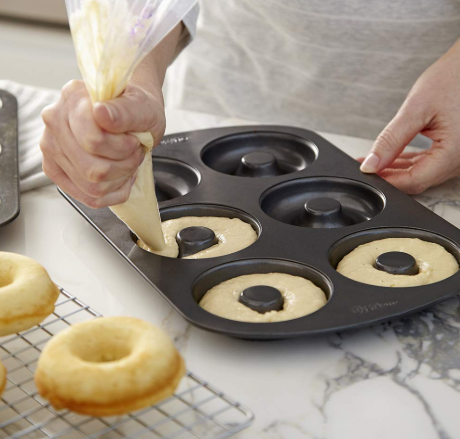 Or, you could use my favorite tool that I use to make macarons.

I think this would work GREAT for filling the donut pans, and thought about using it to make these donuts. But I didn’t feel like washing another piece of equipment so I just used the plastic bag method.

These donuts bake up quickly, only needing about 10 minutes. They remove easily from the pan and that’s when the really good part starts to happen. The gilding of the lily. This is when you dip them in melted butter and a mixture of sugar, cinnamon, and more apple pie spice.

This is not the time to be stingy. I didn’t let the donuts linger in the butter because I didn’t want them soggy. But I did give them a thorough coat on both sides, then into the topping. Pile THAT stuff on for sure. 🙂 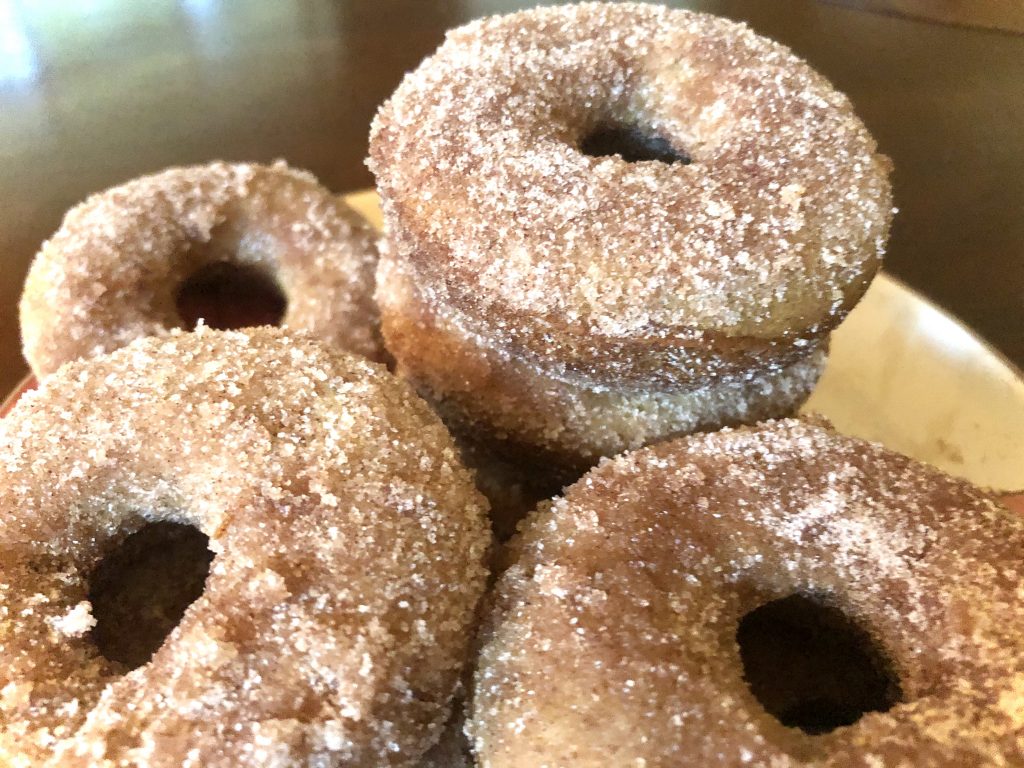 And even closer up… 🙂 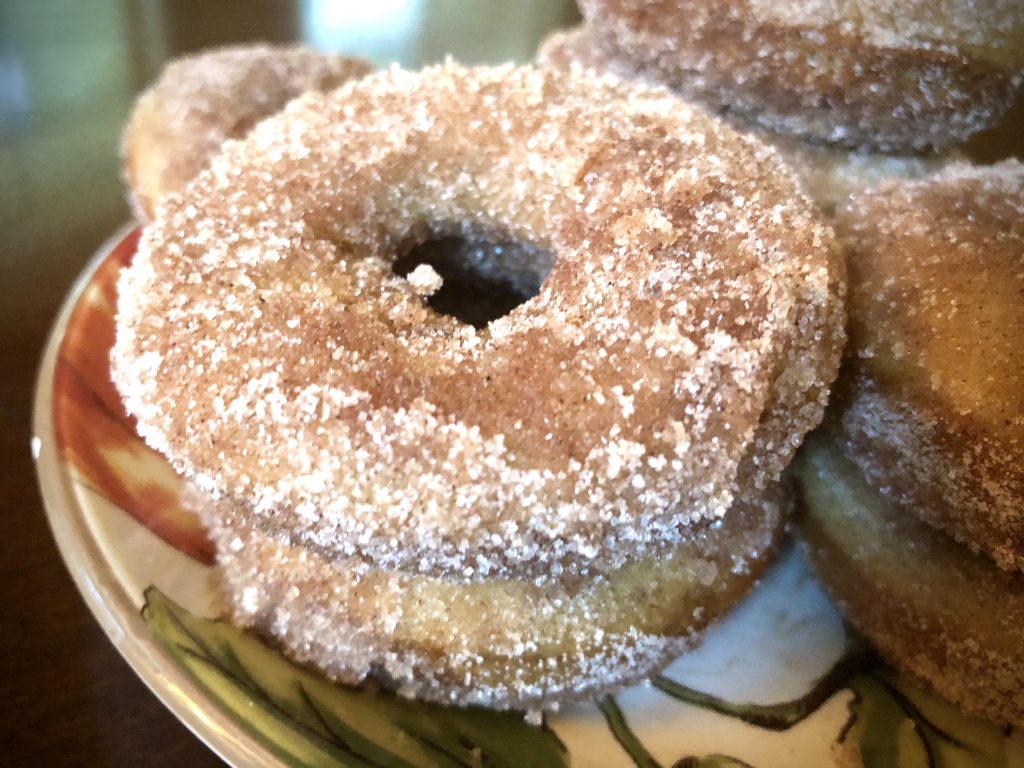 These donuts turned out really tasty. They don’t quite have the weight of a traditional donut, in that they are more cake-like in texture. But they definitely have that apple cider flavor that everyone loves. 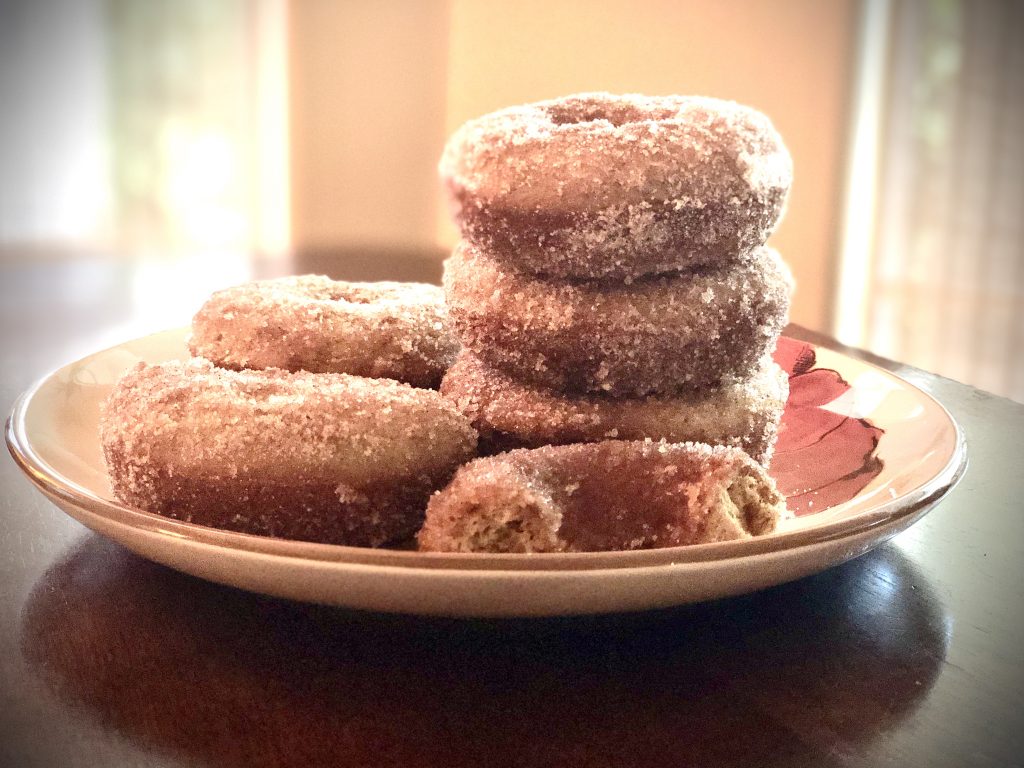 (I don’t know who ate half of the donut in front.)

**she says while wiping sugar from her mouth… 🙂

So if you don’t feel like dragging out the oil and fryer and stinking up the kitchen, (although for a donut that is TOTALLY worth it) 🙂 try baked apple cider donuts. They really are so delicious and are the quintessential taste of fall. What could be better than that?

If you have a favorite apple cider donut recipe, please feel free to share in the comment section.

And on the subject of fall, I’d LOVE for you to visit my new Printables Shop. There are so many wonderful printables for this wonderful time of year! 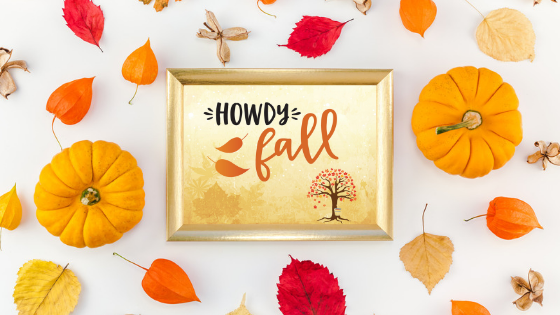